Even in a society where convenience is around every corner, there are sticking points and inefficiencies that can make dealing with transactions a hassle. But if you do find a solution to them — one that enough people support — you’ve got the makings of a winning business.

That’s exactly what Paidy was able to hit on. The buy now, pay later (BNPL) service allows users to pay for goods as if they were using a credit card, but without the arduous hurdles that can come with applying for credit in Japan. Moreover, users can settle their accounts with cash.

Russell Cummer set up the platform in 2014 and found his first success in addressing the pain points of a longstanding payment system. From its humble beginnings, the platform went from strength to strength, not only launching the BNPL trend in Japan, but becoming one of Japan’s rare unicorns in the process. The system was acquired by PayPal Holdings, Inc. for approximately C$3.4 billion in September 2021. Paidy can now be used at Apple Stores in Japan, on Amazon and on thousands of e-commerce sites.

Cummer has a strong background in finance. With a master’s degree in financial mathematics from Stanford University, he has worked in Tokyo at Goldman Sachs and in Hong Kong at Merrill Lynch. Although born in Singapore, he has strong Canadian roots. His father’s family is from Saskatchewan and Cummer lived in the province from age five to 13. Meanwhile, his mother’s family is from British Columbia, where Cummer owns a home.

This made him an ideal fit to address the Canada–Japan business community, which he did on March 16, at a hybrid, in-person/online event and webinar organized by the Canadian Chamber of Commerce in Japan. During the event, Cummer spoke about pivotal moments in Paidy’s development, revealed key demographics that helped the business during one of its growth stages, and shared his advice for would-be entrepreneurs among the CCCJ community.

Following the event, The Canadian was able to catch up with Cummer at Paidy’s stylishly designed office in Tokyo Midtown and follow up on some of the more intriguing aspects of his talk.

It may be a truism, Cummer explained, but when it comes to starting a business, “it’s all playing pretend until you have people that are paying you for what you’re offering and are taking advantage of the service that you’re offering.” For Paidy, this first happened when solving a problem for a specific merchant, which was selling particularly to younger women who were shopping for items such as cosmetics and apparel.

Many of these consumers didn’t use credit cards and would pay for their items via daibiki—cash on delivery. The method presents inherent challenges. It requires the customer to be at home to pay for the product when it is delivered. It also means that, if the customer isn’t there to make the payment, all the costs involved in the delivery attempt are borne by the merchant. But for people who choose not to use credit cards — or who haven’t been approved for them — it was one of the only options available at the time. 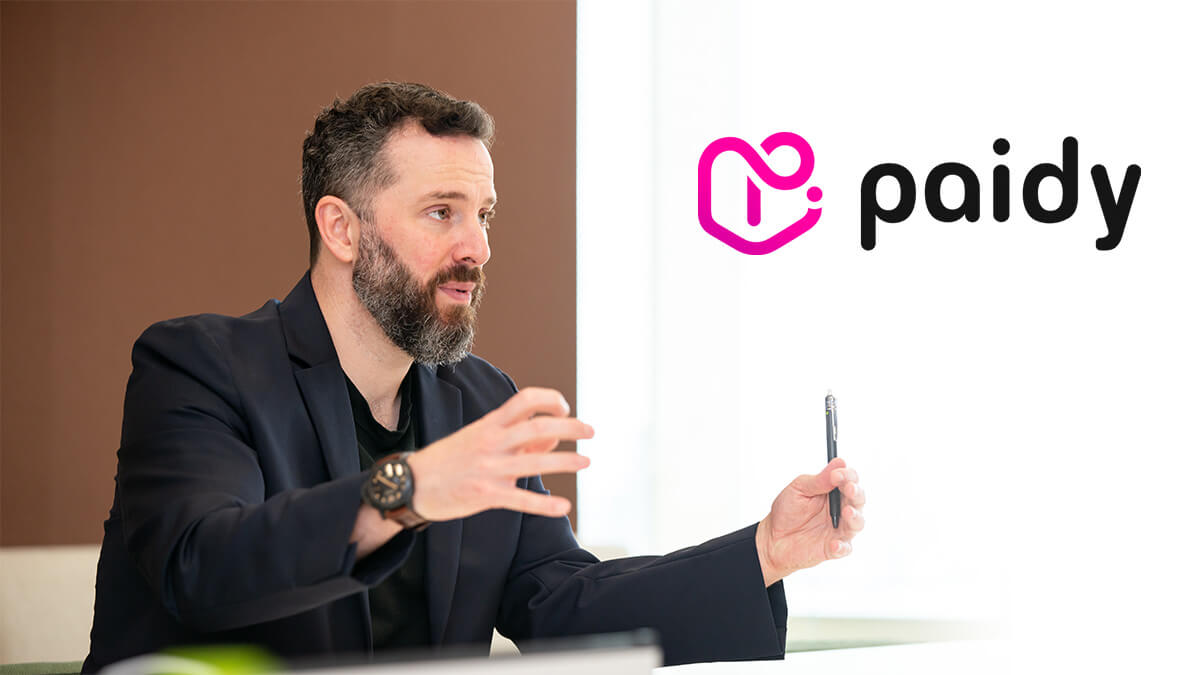 Paidy’s advantage is that it allows users to make their purchases in a manner similar to using a credit card, but which allows them to pay the company back in cash the following month.

Cummer explained that it seemed promising to lend to this market segment of young women, while the method of payment would allow their online shopping to be frictionless.

In the company’s early days, it was merchants catering to this market segment to whom Cummer reached out: “We went to merchants who we knew were serving these populations. The value proposition of something like Paidy was that it could transition people from cash on delivery. When we first started, the key insight was that, for the people who were using daibiki, we could create an experience that was as easy as daibiki at the checkout, but made them look like a credit card consumer to the merchants.

“And what does that mean? It didn’t fail; Paidy guaranteed the purchase. It had refunds. Daibiki doesn’t have refunds. You could use Paidy as a kind of payment method on file, so it could work for recurring billing or subscription ecommerce.”

The merchants didn’t immediately respond, but the first one that did was their breakthrough, and made a case for the success of the platform. And the growth for the company began to take increasingly large steps, building on this first stride, Cummer explained: “The first merchant was key for us. And we will be forever grateful to them. And we encountered that again and again, just at a larger and larger scale.

As Paidy began to grow along with the ever larger merchants that began using the platform, it found a source of strength that wouldn’t normally be expected by start-ups: older Japanese people with connections and knowhow. This proved to be invaluable, Cummer explained — even from the beginning. “When we first started the business, and hadn’t raised any outside capital, we basically needed to have the advice and guidance of experienced people,” he said. “Through one of the early investors in our company, who had various connections and who had worked in Japan for a very long time, we were able to link up with people who could help us in terms of figuring out how to launch and get regulated as a credit business. So that was very helpful.”

As the company continued to grow, they found this talent pool to be engaging for several reasons, Cummer pointed out. “We really liked hiring experienced people who were willing, and excited about trying, to do something new at the end of their careers. It was fairly cost effective, because people weren’t necessarily looking to pay for kids and all these other things; they were in a lower cost phase of their life.

“It was this sweet spot for us when the company was between five to 20 people, and it worked for us very well. I think this is something that other people may not think about, but it does exist as a resource. It depends on the individual, and certainly we had some hits and misses. But there are experienced and senior people who are looking for interesting challenges and might be a good resource to add to any new team.”

He admitted that this might run counter to the idea that start-ups always need to field young employees: “I think it’s more a question of mindset than biological age. There are young people who are very conservative and who wouldn’t want to join a start-up because it would feel very risky at the beginning of their career. I think if somebody’s at the end of their career, they might be longing for an experience and type of stimulation that’s different from what they may have had. And I think they really like working with people who are trying to challenge the system and deliver new experiences, and they probably find it very satisfying, over and above the monetary compensation.”

Cummer added that some of the older employees have stayed until their mandatory retirement age, while others have chosen to move on to even smaller start-ups, having seen Paidy grow into a larger company over the years.

One of these key experienced figures is none other than Riku Sugie, the president and CEO of Paidy, who has proved to be instrumental in helping the company continue to grow and creates a Canada–Japan leadership duo at the company. Cummer explained that he was able to bring Sugie on at just the right time. “After about four years,” he said, “Paidy had gotten to the point where I understood that I needed to have much more of a closer partner to help me run the business. I was very lucky to have Riku come and join me. He was at the time the CEO of Lake, the third-largest consumer credit company in Japan.

“We had met through a mutual friend, and I was truly gratified to be able to have him come and be the shacho of Paidy so that I could graduate to be kaicho. We’ve basically run the business together ever since.”

Japanese business is known for being set in its ways, but Paidy’s success is proof that it is possible to bring about significant change in the way that consumers can handle their finances. But Cummer’s advice for those looking to start their own businesses that may have the potential to disrupt systems is to start small, just as his company did. “Find the first customer that you can really serve and learn from and be validated by — and then find the next one and the next one.

“Really validate what you’re doing, learn how to do it and improve on it,” he said. “I think that trying to change the whole ecosystem is a lot to ask, even for people who are at a massive scale. You can see huge companies who themselves would like to make changes in business practice in Japan, and even though it’s going to take a long time, eventually it will happen.

Cummer sees this in the people who have been a part of what he calls the Paidy extended family, the roughly 1,000 people who have either worked at the company over the years, or still work there: “They all have their own little experience that it is possible to build new things in Japan. They can also dream and aspire to go and build their own [businesses], or they can take a little bit of that spirit of challenging the status quo and getting excited about servicing customers and consumers in new ways to whatever they do next, be it a bigger company or a smaller company.

“I think that we are nothing special in that regard — there are hundreds of companies that have done the same thing. That’s how change gets made: one person’s career at a time, one customer at a time, one excited consumer at a time. That’s all that we can hope to do. And over time, things will evolve in directions that show progress.” 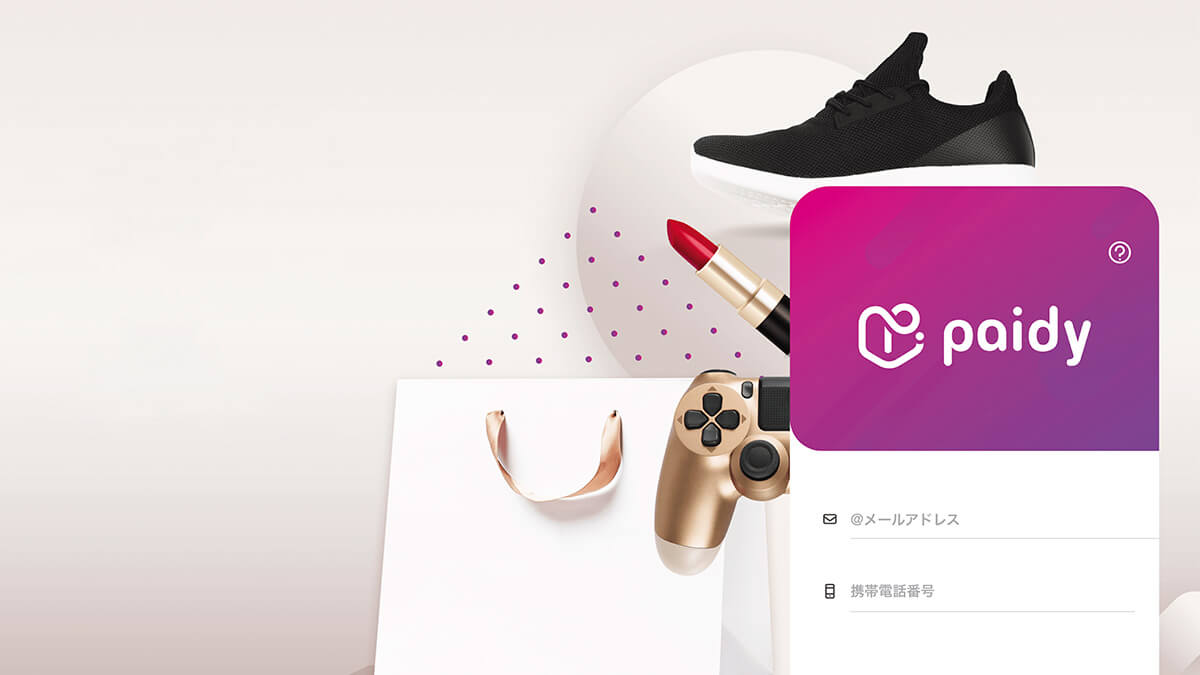