The CJCP is the longest running co-op pro­gram in Canada and is based at the University of British Columbia. At 27 years old, it is one of the most successful international programs of its kind. “The CJCP started with funding from the Canadian government with the goal of giving Canadian students, particularly from technical programs where Japanese industries are advanced, experience working in Japan.

The program has grown to include stu­dents from all disciplines and is supported by the universities and the colleges that form the con­­sortium,” explained CJCP Co-director Julie Walchli. The program works like most other co-op programs — an employer posts a job with the CJCP, and students who are interested can apply. Similar to real world hiring, they have to interview to gain a place on one of the programs.

Rakuten, Inc. is an e-commerce and Internet company based in Tokyo. As one of Japan’s hugely successful businesses, the company seemed like a perfect match for the CJCP. As Walchli said, “I think that the program reached out to Rakuten because they are such a Japanese success story, and it’s also an interesting workplace, because their focus is to conduct business mostly in English. They were a natural partner.”

Some students who take part in the CJCP do have a basic knowledge of Japanese, but very few of them are fluent. Thus the inter­na­tional business incentives and English-speaking operations at Rakuten make it easy for the students to settle in and proceed with their assigned projects.

The Canadian sat down with five CJCP participants who interned at Rakuten to talk about what they learned during their expe­rience, and how they believe the internship has prepared them for their future careers.

Akinyele Akintola, a fourth-year student at Ottawa University, had been studying Japanese for two years when he applied. Interning as a database engineer at Rakuten, Akintola said: “I was mostly working on improving the [data­base] interface and adding new features as needed. My role was also to develop additional software, should my team need it.”

Lea Carlier, a third-year computer engi­nee­ring student from École Polytechnique de Montréal, has been practicing karate since she was young, and developed a love for Japan from an early age. She began her internship working in the payments team, providing payment services for existing users. “Then I worked on an internal tool for developers. It was quite close to what we learned at school, so it was easy,” she said.

Most of the participants had done intern­ships in Canada, and they noticed distinct differences between the two working en­vironments. Khuu recognized the respect and effort that employees apply to office life: “I realized that in a Japanese team, it’s a lot more team oriented. Every Monday we have asakai [morning meeting]. Everybody meets up and watches the CEO speak, and after, we go back to our desks and clean. It’s not about the cleaning, it’s about everyone working together — that is the kind of men­tality there.”

The students valued these differences and treasured the lessons learned from working with international team members. Zhao ex­plained: “When I was working in Vancouver, I could talk to some of my teammates and they would get it instantly because we all had the same, or similar, educational backgrounds. But at Rakuten, everybody came from di­ffe­rent countries. They all learned things in different ways, so when you say something, the other person might be confused or have a different view.” Ben Rejeb expanded on that point: “You can see [the Japanese team members] had a different background and a different upbringing — you can see it in the way they talk and the way they take action. In our project we dealt with other Japanese teams, and we saw that their requirements were very different and we had to adjust to that.”

This real-world experience has provided the students with valuable lessons that they can take back to Canada, and use in their fu­ture careers. “In terms of my career,” Akintola ex­plained, “the internship made me realize that I would love to come back to Japan, and go to other countries if possible, to use my know­ledge from home and share it with other people in the world.” Carlier had a similar pers­pective: “This was an opportunity to see if I would be able to work overseas for a long time, and to see if I liked it. The answer is yes. I will definitely come back here after graduating.”

Every Monday we have asakai [morning meeting] … and after, we go back to our desks and clean. It’s not about the cleaning, it’s about everyone working together.

During their time at Rakuten, the students were able to work in areas where they had less experience. Khuu recalled that a talent he never took seriously shone through, and changed his future plans. “I have a lot of hobbies in the arts, and I am a very visual person. I denied that part of myself for a long time and I kept it as a hobby. Coming to Japan and settling in to front-end development made me realize that I shouldn’t be keeping that as a hobby and it could be much more.”

Zhao spoke highly of what she took from the internship, and how the opportunity has helped her gain a deeper understanding of her job opportunities after university. “During the internship we were exposed to a wide variety of tasks. You really got to figure out which ones you like and don’t like to do, which I guess is the whole point of having an internship in the first place — what do I want to do in the future full-time? I think the internship was really good at that.”

After six months working at Rakuten, the students noticed many things from Rakuten that could be implemented at Canadian businesses. “One thing that would be great in Canadian companies in general is a more team-oriented approach. I find the business approach very individualized in Canada — this could be good for some people, but I think that [a team-based approach] is better for the em­plo­yees and the company itself. It means more voices can be heard at the same time, and if there is a good idea it can be implemented faster,” Akintola noted.

The students collectively agreed that in­tern­ships are not just valuable experiences for students, they can offer a great deal to companies in both Canada and Japan. “Some companies don’t have the habit of taking interns in, but when they get their first one it gives a boost to the whole team — to the whole company, in fact — because someone fresher comes in,” Carlier said. Zhao echoed this point, saying, “I think that there is sort of a negative image about interns — that we make all the mistakes and kill the system. Software development is constantly changing, so bringing in that intern makes your team more flexible.”

Working at a leading company, and having the opportunity to do so in a different country, is something that will stay with these students forever, and continue to benefit them as they move into their careers.

For more information about how your company can get involved with the CJCP, contact Julie Walchli at julie.walchli@ubc.ca 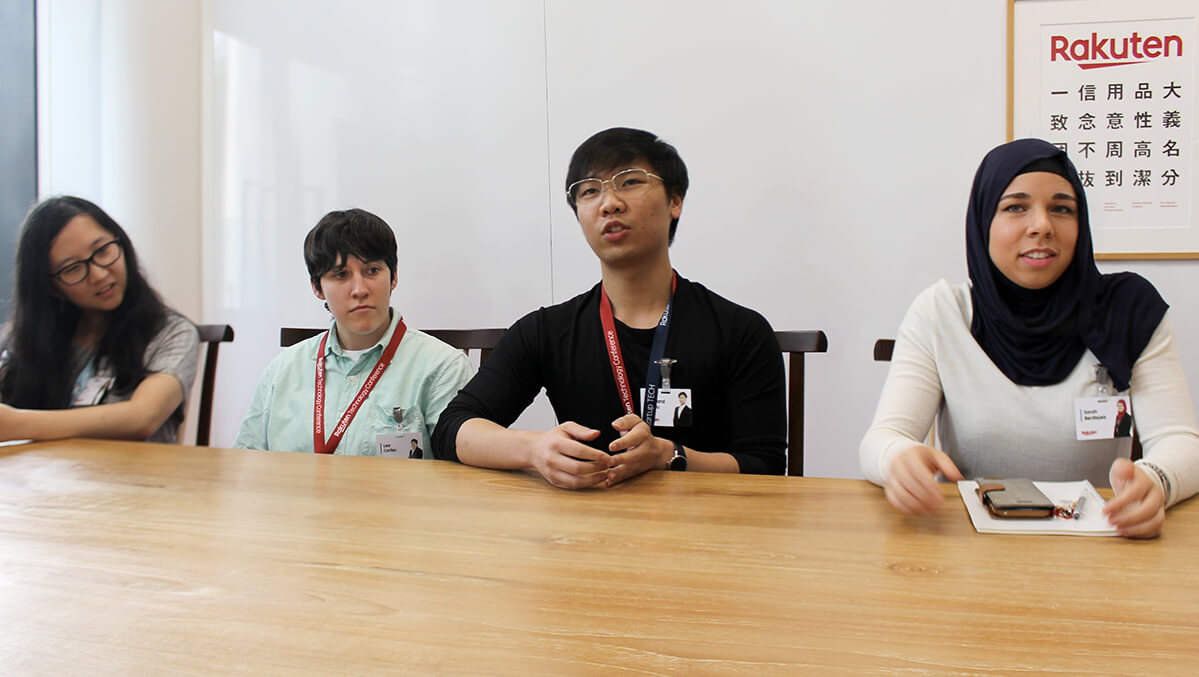 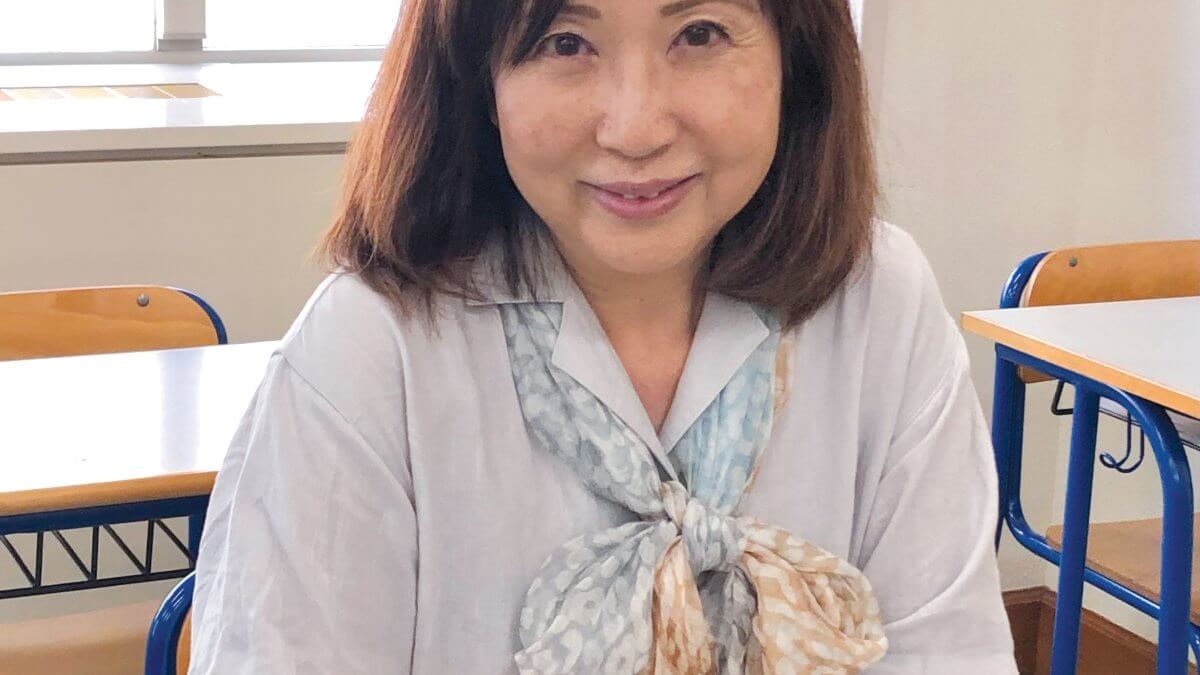