On March 22, the Canadian Chamber of Commerce in Japan (CCCJ), along with the American, South African, French, Swiss and Greek chambers of commerce in Japan, hosted the third Joint Chamber Networking Sake Night at Tokyo American Club. The event featured 19 breweries, which were all offering sake tastings and bottles for sale.

CCCJ Governor Stephane Beaulieu, founder of BiBa Development Inc. and one of the organizers of the event, described it as “a great opportunity for the members of the various chambers that are involved to network, because that is the main goal of the event. In fact, that is the main goal of the chambers of commerce: to help people network with business people from Japan and their respective countries.”

The event was an ideal way to introduce the concept of nomunication — the closeness that develops between friends, clients and colleagues while drinking — to the people attending, while giving some talented sake brewers the chance to showcase their products.

Shoko Kameoka, director of Chiyonokame Shuzo Co., Ltd. spoke about the reason more non-Japanese should try sake. “I think that Japanese sake complements not only Japanese cuisine, but a wide variety of Western delicacies as well.” 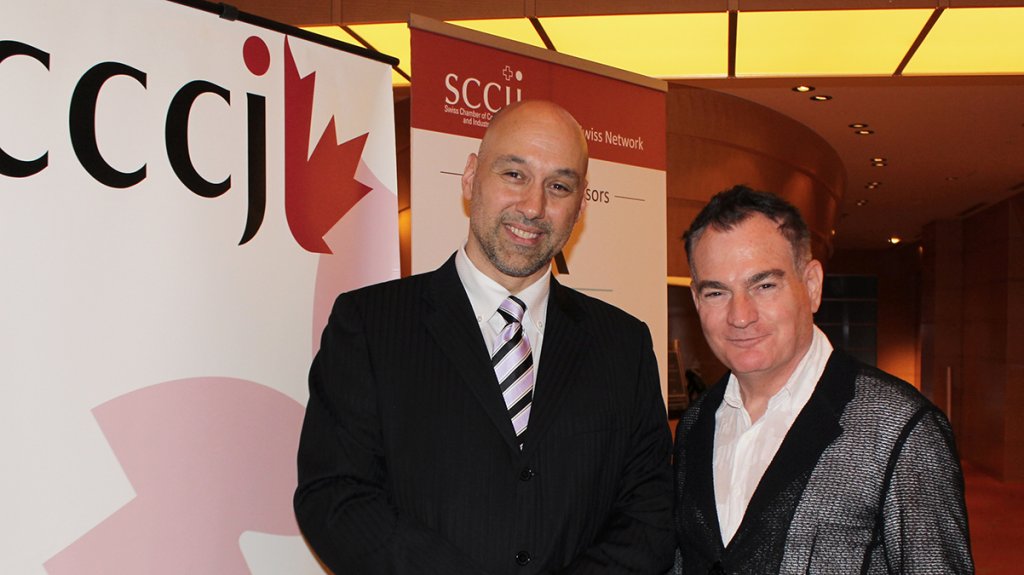 As the guests sampled the varieties of sake, they learned about the ingredients, traditional processes and specific environmental characteristics that give each product a truly local flavour.

Mayumi Usui from the Hakubanishiki Brewery explained what people can get by sampling nihonshu from various locales. “Each regional sake allows you to envision the culture, the land and the people of that region, which is why I think people should enjoy drinking sake from different places.” This is reflected well in the brewery’s own sake, which comes from Omachi, Nagano Prefecture, and is made using water from the Northern Japan Alps.

At the end of the event, a large number of gifts were given out in a business card draw. Bottles of sake and a stay at a traditional ryokan (Japanese inn) were presented to the lucky winners, rounding off a well-enjoyed evening. 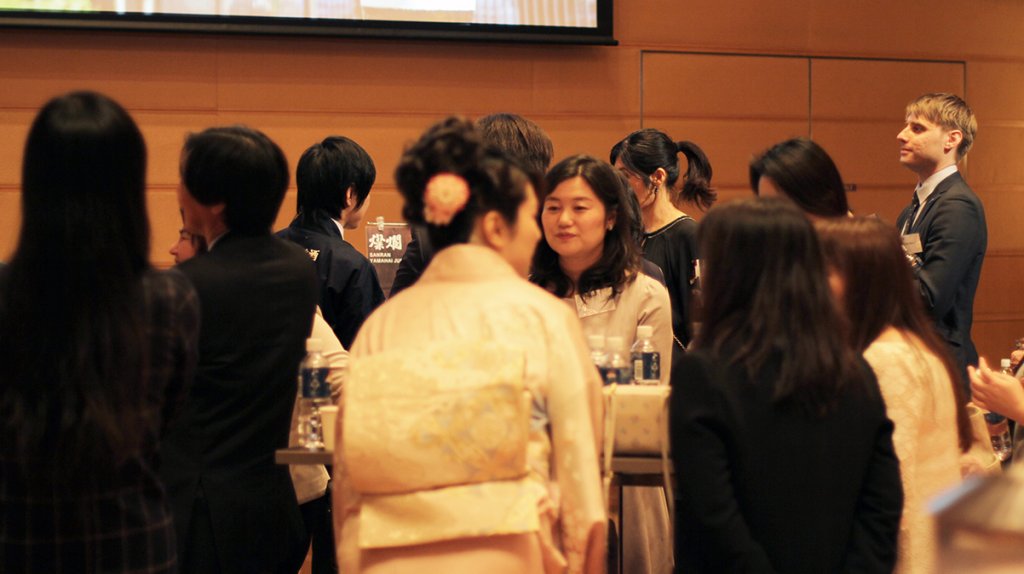