The Canadian and foreign community in Japan recently lost a wonderful and kind individual who served as the Canadian Chamber of Commerce in Japan’s (CCCJ’s) corporate secretary and a member of the Trade Policy Committee.

Mark Halpern was a consummate professional and a trusted advisor to me over the years, beginning when he joined the CCCJ in 2000 and I was the executive director.

Mark moved from the US to Toronto at age eight and spent the next 25 years there. He studied at the University of Toronto, at their law school and took their MBA program. His early law career began at Blake, Cassels & Graydon in corporate-commercial practice, including stints at the federal Department of Justice (tax litigation) and the Ontario Ministry of Financial Institutions (insurance company regulation).

In 1993, Mark went to Japan, but never intended to stay as long as he did. With his law and tax background, on landing in Japan he first practiced at a major Japanese law firm, Nishimura and Partners. He left with two other colleagues to form Aiba & Partners.

Mark later took a nine-month break to obtain a master’s degree in commercial law from the University of Cambridge and qualify as a UK solicitor. It was while he was with Aiba & Partners that he joined the CCCJ. From that time, I would get to know Mark personally, and our friendship began. He served as the corporate secretary of the CCCJ from 2006 to 2008 before handing over the duties to Eric DeGroot, who was later to become president.

When engaged in conversation, Mark was always animated, yet thoughtful. We would often get together at a small izakaya beside the Canadian embassy after CCCJ events. Our discussions would usually involve the Canada–Japan relationship and the chamber’s work, gradually encompassing various topics. His intellectual capacity, combined with his interest in Japanese culture, was compelling and inspiring.

He loved old movies and was very knowl­edgeable about them. Mark would often describe in detail the skill of a movie director or recite critical lines. One night, while talking about films and his affinity for Alfred Hitchcock, Mark listed all the movies the legendary director had made and rated them. His passion for Hitchcock influenced me greatly. That conversation resulted in my wife and I spending the next Golden Week holiday renting and watching as many Hitchcock movies as were available from the local Tsutaya video store.

Mark was also a musician and on weekends often played the flute in a jazz trio at a club in Yotsuya. The messages he’d send out about these shows  — like the one he sent out that read, “Friends, I’m organizing another night out at Abbey Road” — demonstrated his love of music and commitment to friendship.

Mark had a daughter, Aska, and a son, Randy. We spent numerous weekends at Arisugawa Park when our two boys bonded as friends, since they were the same age. However, one of the more memorable moments was when Mark invited my son and me to the American embassy for Fourth of July celebrations. After the festivities, we sat on the grassy knoll, entertained by our two four-year-old boys dancing on the stage between the performances as we took in the precious moment together.

In 2001, Mark founded the Law Office of ­T. Mark Halpern, carrying on a general corporate-commercial practice as a registered foreign lawyer advising clients on Ontario and English law. He also had a formal registered association with the Japanese law firm, Nakashima & Company, sharing an office in Higashi Ginza and was able to advise on Japanese business law.

In 2019, Mark and I were excited to reconnect at the joint chamber summer networking event in Tokyo during my business trip to Japan. After the event, we talked about movies, novels and the short stories he had just published. We filled each other in on our kids’ activities, while enjoying the ambiance of a local eatery. Unfortunately, that would be the last time I met Mark. Still, we had visited our favourite restaurant in Azabu like we did every time we got together.

Mark and his wife. Tomoko. raised two beautiful children to become adults and he will be dearly missed by all. I will treasure the many memories of my good friend, Mark Halpern. 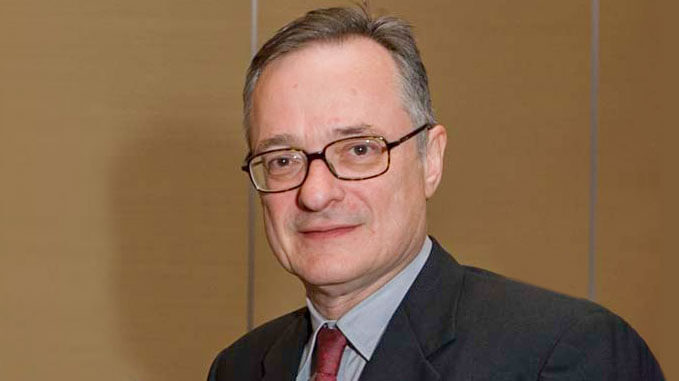 Thoughts on a life dedicated to Canada–Japan relations