The Tokyo Chamber of Commerce and Industry (TCCI) is a venerable institution in Japan. In fact, it is the country’s oldest economic organization. The TCCI’s more than 75,000 members include large companies, small to medium-sized enterprises (SMEs) and individuals.

A key group within this organization that is championing the causes of women in society is the TCCI’s Women’s Association. On February 25, the Canadian Chamber of Commerce in Japan (CCCJ) held a joint webinar with the Women’s Association, marking the two chambers’ first event together.

Those who spoke at the webinar on behalf of the CCCJ were Chair David Anderson and Governor Riyo Whitney. Representing the TCCI were Women’s Association Chair Yuko Ichise and Vice Chair of the Keidanren’s Board of Councillors Kuniko Asano. Anderson and Whitney joined the webinar from their offices, while Ichise and Asano participated virtually as well. The webinar was moderated by CCCJ Governor Karl Pires.

“I believe our modest national characters are similar”

During his remarks, Anderson introduced the CCCJ to the TCCI community as a member-driven, member-focused organization, and the longest-standing Canadian Chamber of Commerce in Asia. He pointed out that CCCJ members are businesspeople and entrepreneurs — from Canada, Japan and other countries — who represent a wide range of industries. He added that the CCCJ contributes to the development of companies and individuals doing business in Japan, and to furthering the development of the Canada–Japan business community.

Anderson then went on to provide an overview of the Canadian economy and touched on the bilateral relationship between Japan and Canada at the government level. One of the key points he raised was Canada’s desire to deepen its trade relations with Japan. He brought up the well-known saying in Canada — “When America sneezes, Canada catches a cold” — which is a colourful way of explaining how dependent Canada’s economy is on trade with the US. Anderson added: “To alleviate that dependence, we hope to further promote investment and trade from Japan to build a better relationship. While investment from China and India is growing, Canadians welcome investment from Japan.”

Anderson pointed to the specific ways in which Canada, as a major exporter of both energy and food, is primed to continue developing a flourishing and mutually beneficial trade relationship with Japan: “Canada’s energy self-sufficiency ratio [which measures the relationship between a country’s primary energy output and its consumption] was 173.9 per cent in 2018 — making it a net exporter — while Japan’s was 9.6 per cent. In the same year, Canada’s food self-sufficiency ratio was 264 per cent while Japan’s was 37 per cent. This makes Canada an ideal provider of energy and food to Japan.”

However, while Anderson was keen to point out the strong economic ties between the two countries, he was equally enthusiastic about the shared elements of national personality that can help deepen these bonds: “Canadians are characterized among the world’s people as being respectful of others and the mood of the moment, as well as being quick to apologize, and it seems that the Japanese have a similar habit of apologizing as well. I believe our modest national characters are similar, and this can be part of the basis of an excellent partnership.” 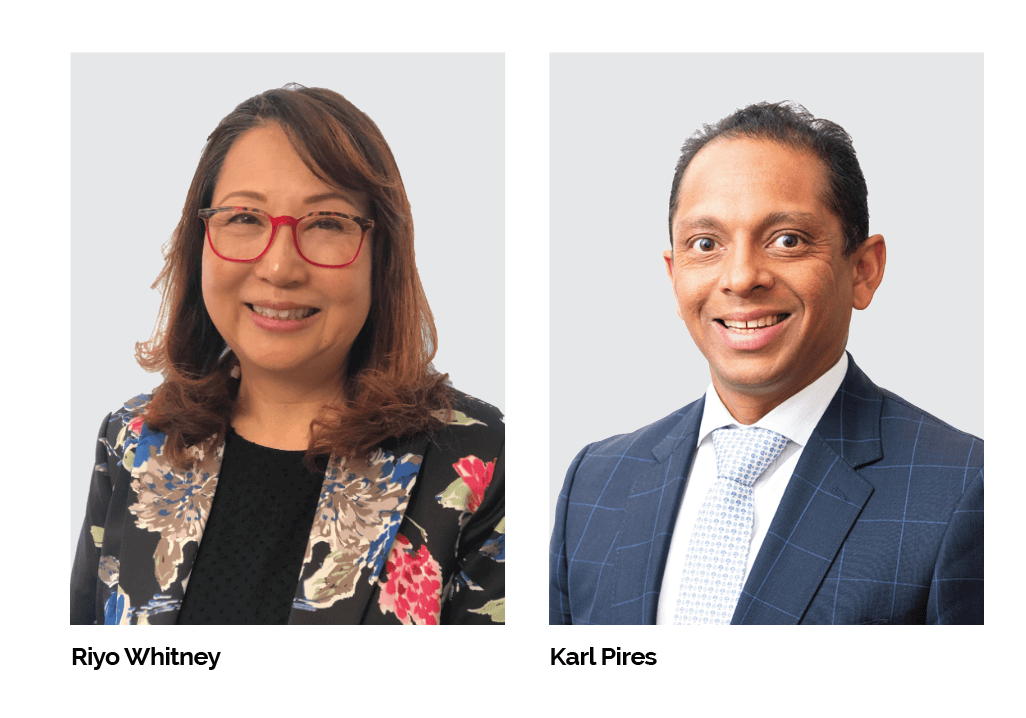 Following Anderson was Whitney, who has a long background in education in Canada, California and Japan. She spoke about the qualities of the Canadian educational system, which makes it outstanding not only for Canadian nationals, but for students around the world.

Whitney pointed out that the Canadian secondary school system puts a strong focus on competency development, particularly in the areas of critical thinking, creative thinking and communication skills. She added that the Canadian curriculum is particularly responsive to the various needs and learning styles of students, boasts relatively small class sizes and a wide array of course options. “This leads to an environment that fosters the cultivation of qualities such as self-awareness and self-discipline, empathy and emotional control, responsible decision-making as well as an abiding concern for others and interpersonal relationships,” Whitney said.

She explained that this excellence continues at the university level, where classes are taught by rigorously and innovatively trained professors and the overall system is geared towards developing professionals. Whitney added that the Canadian university system is known for its flexibility. For example, if a university student in Canada decides to pursue a different course of study midway through their education, they can easily transfer to another program or even another university for the last two years of their degree and have their credits carried over.

Whitney also highlighted several reasons that Canada is a top location for students from around the world. These include the general social and political stability of Canada, its overall low crime rate, the diverse and multicultural population of its major cities, as well as its stunning natural surroundings and clean environment.

In concluding her remarks, she pointed to some inspiring examples of Canada–Japan educational partnerships, such as the BC offshore school in Tokyo, where she served as the principal for several years. Graduates of the school receive both a Japanese and a Canadian diploma. Whitney has recently launched a system — the GLICC-OVS (Ontario Virtual School) Program — that allows Japanese students to earn a Canadian (Ontario) diploma in conjunction with a Japanese diploma, while attending any school in Japan.

“Today, I would like to talk about the social advancement of women in Japan. Japan has equality of results, but not enough equality of opportunity. Unfortunately, Japanese women’s advancement in society lags behind that of the rest of the world. We rank 120th out of 156 countries in the World Economic Forum’s Gender Gap Index. This is particularly low for a developed country,” Asano said.

“For many years, I have been advocating for equal opportunities for women to the Keidanren [Japan Business Federation]. One of my efforts has been to encourage the establishment of a Ministry of Women’s Affairs in the Cabinet Office, the introduction of a quota system in the Diet and other measures to promote the advancement of women.

“A survey on the level of happiness in Japan shows that Japanese women are more satisfied than men, but we must not be complacent about the status quo; instead, we should broaden our perspective. We should be highly conscious of our status while standing shoulder to shoulder with the rest of the world. If women are not energetic and active in society, neither children’s education nor society will grow.”

Asano pointed out that one of her key ideas had its basis in Canada: “We have much to learn from Canada when it comes to the economy, education and improving the status of women. In fact, the model on which I have based the Ministry of Women’s Affairs that I am proposing to the Japanese government is in Canada. It is called Women and Gender Equality Canada.

“I thank Chair Anderson and Governor Whitney for their remarks,” she concluded, “and I see this meeting as an excellent opportunity to deepen the relationship between the CCCJ and the TCCI Women’s Association.”

Ichise brought the meeting to a close by looking back at the first contacts between the TCCI and the CCCJ: “In the fall of 2020, I met with Anderson and members of the CCCJ Board of Governors for the first time to deepen our exchange. We had planned to hold a seminar to promote mutual understanding and business exchange among CCCJ members, but due to restrictions imposed in response to the Covid-19 outbreak, we were unable to do so. I am happy that we have been able to share our views now.

“This has been a wonderful talk about the proposed trade complementarity between Canada and Japan in energy and food, and world-class education. It was also interesting to hear about the similarities in habits between the Japanese and Canadian people.”

Ichise said that she looked forward to being able to hold in-person joint events once the pandemic has ended.