If you’re doing it right, you spend close to one-third of your day sleeping. But we often don’t pay much attention to this part of our lives. The team behind gugu sleep is trying to change that, in a country notorious for not getting enough bed rest.­

The company is taking an approach that’s rare in the Japanese market when it comes to mattresses. They operate entirely online, deliver their products directly to consumers instead of going through intermediaries such as distributors or retailers and, if a customer isn’t satisfied, will pick up the mattress themselves within 100 days of purchase.

Launched in April 2019, gugu is a digitally native vertical brand which has been gathering steam, thanks in part to having developed an enthu­siastic consumer base and social media following that is eager to share their experiences of using the company’s mattresses.

Curious to know more about the brand and how it’s looking to bring about a “sleep awak­e­­ning” among Japanese consumers, The Canadian met up with Ken Gold and Patrick Morris, the co-founders of the company. The meeting was at the Cambridge Innovation Center Tokyo, where they’ve outfitted the nap rooms of the coworking facility with gugu mattresses.

“The whole idea of being a profitable company or generating revenue — there’s nothing wrong with that — but it’s what you do with it.”

Gold and Morris come to the start-up with varied backgrounds. Gold is a Toronto, Ontario, native who has launched and run a number of businesses, worked with a Japanese interior architecture firm and served as Japan country manager for several companies, including Kit and Ace, a retail fashion line started by the founder of the well-known Canadian apparel brand, lululemon. He graduated from the McGill MBA Japan Program, and serves as president of the McGill Alumni Association in Japan.

Morris, meanwhile, hails from Minnesota in the United States — but is a proud member of the Tokyo Canadians hockey team. He has an MBA from Kellogg School of Management at Northwestern University, and a long history in technology and sales. He spent much of his earlier career with a data centre infrastructure company. He also ran a B2B company in the late 1990s. 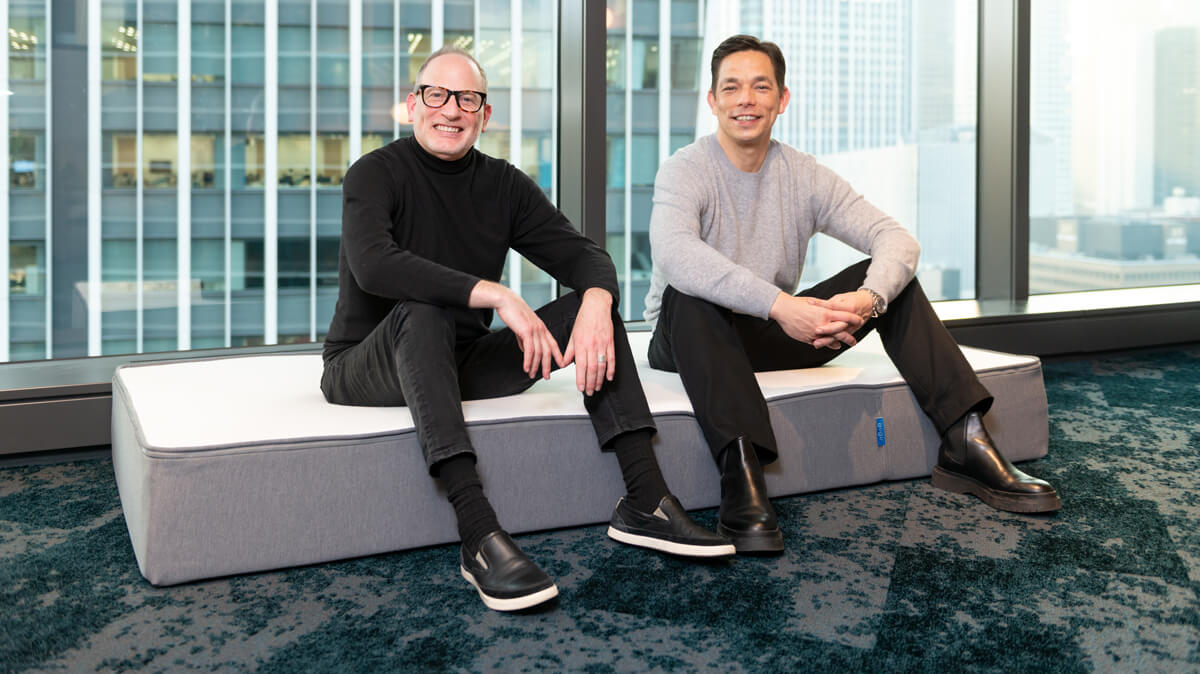 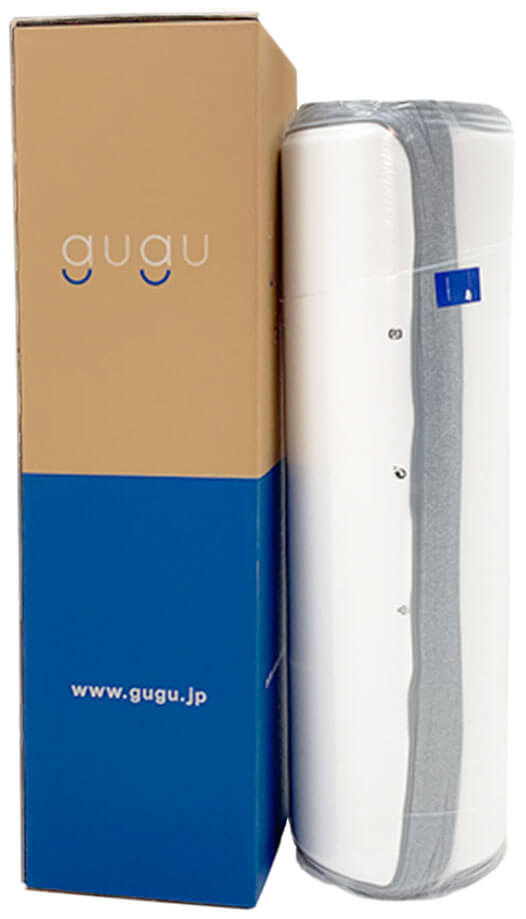 One of gugu’s formative moments was a casual conversation that came at just the right time. Gold was explaining the idea behind developing a company that could remove some of the mystery and hassle involved with going to a store and trying to pick out the best mattress. Morris had recently gone through the process himself, and found the experience lacking in a number of ways. It was difficult to figure out just why one mattress would be priced far higher than another, and because their building’s elevator was too small, the delivery service couldn’t use it to take the mattress to his family’s apartment, and it charged an extra fee to take the mattress up the stairs. Returning the mattress was possible, but they would be responsible for getting it back to the store themselves.

As Morris explains, a light bulb went on. “Here’s a company that says, you don’t have to become a mattress expert. The mattress is packaged in a convenient box, so you don’t have to worry about having trouble transporting it in an elevator, as you would in Tokyo, or another big city. And then at the end of it, you don’t really know if the mattress suits you unless you’ve slept on it for a few weeks. And with most options, once you buy it, it’s there, right? Or it’s very pain­ful to return. So as [Gold] was telling me about this business model, it just resonated and I said, ‘that’s fascinating.’ I wished I could have had this conversation with him two months earlier.”

“We want to make sleep cool.”

As they started looking into the mattress indus­try in Japan, Gold and Morris became aware of a key fact: “We discovered in our re­search that Japan is the most sleep-deprived country in the world,” Gold said. And, after learning more about the relationship between sleep and overall wellness, the mission behind the company became clear: to not only make the mattress buying process simpler, but to help people im­prove their lives through sleep.

Once the seed had been planted, they delved into the type of mattress that would do well in the market. As Gold explained, a great deal of investigating went into developing a product that their test subjects found comfortable and supportive, but would also respond to the needs of Japanese households. One of them was breathability, which comes into play in Japan’s humid summers and in the fact that Japanese customers tended to sleep hot — that is, without keeping the air conditioner on all night.

In their market research, they also found that people in Japan were concerned about dust mites, so making a mattress with a cover that could easily be taken off and washed was important. Finally, as Morris pointed out, the decision to go with a foam mattress, which can be compressed, rolled and packed neatly into a box, allowed them to realize a crucial part of the business model — shipping directly to consumers.

After testing a number of prototype models from manufacturers around Asia, they chose a manufacturer based in China that was familiar with the high standards expected by customers in Japan. 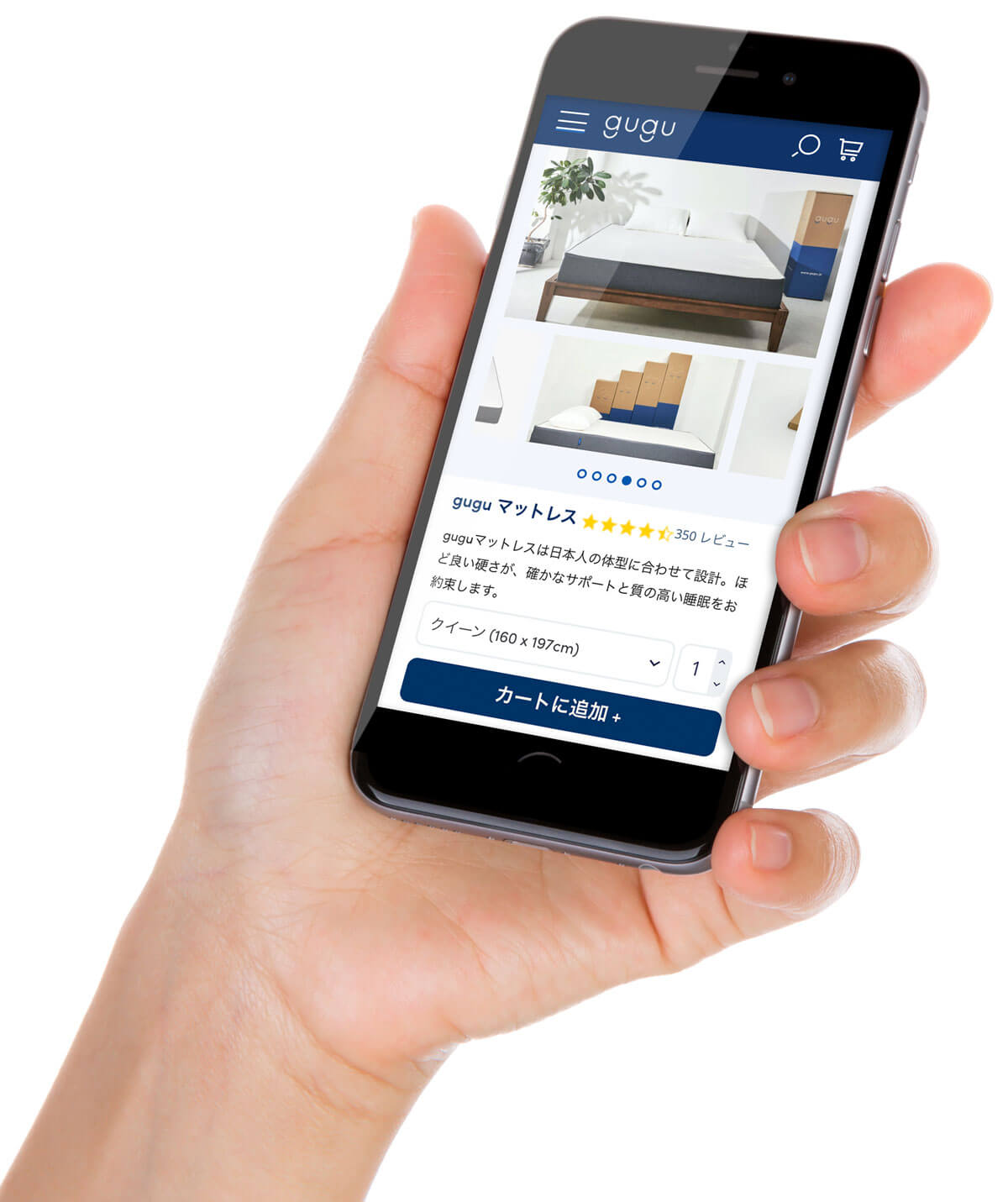 But as they both point out, their business model wasn’t just a matter of creating mattresses that would do well in Japan, but changing the way they were sold — a model that has been em­ployed successfully by mattress makers, such as Casper and Saatva, in other countries.

The company employs an omni-channel approach, blending a primarily online presence with pop-up events around the Tokyo area. And, as Morris pointed out, their competition has been around for some time: “This is a very traditional market — it’s not an up-and-coming technology. And in most countries, including Japan, the market is run by brands that have been around for a very long time. These brands are used to an old-fashioned model and tend to pigeonhole the consumers into having to go to their stores, and they try to box you in and show you all these different … lines.”

“But the consumer is changing,” he added. “The ‘digital native’ generation isn’t just 20-year-olds, it goes all the way up to 38-year-olds. The way they make purchasing decisions is very different. It’s less about touching and feeling, and more about who the actual people are who have bought your product, and what have they said about it.”

Although the consumers around them were changing their habits, these established companies weren’t adjusting, which made Gold and Morris realize the potential of their model: “As we were speaking to these manufacturers, they just didn’t think this model would work. And in hearing the same thing from a lot of the large manufacturers here, we recognized that it was a great opportunity,” Morris said. “The fact that they still had that mentality meant that they weren’t picking on some of these new trends that are happening. And that motivated us even more — we knew we could disrupt this.” 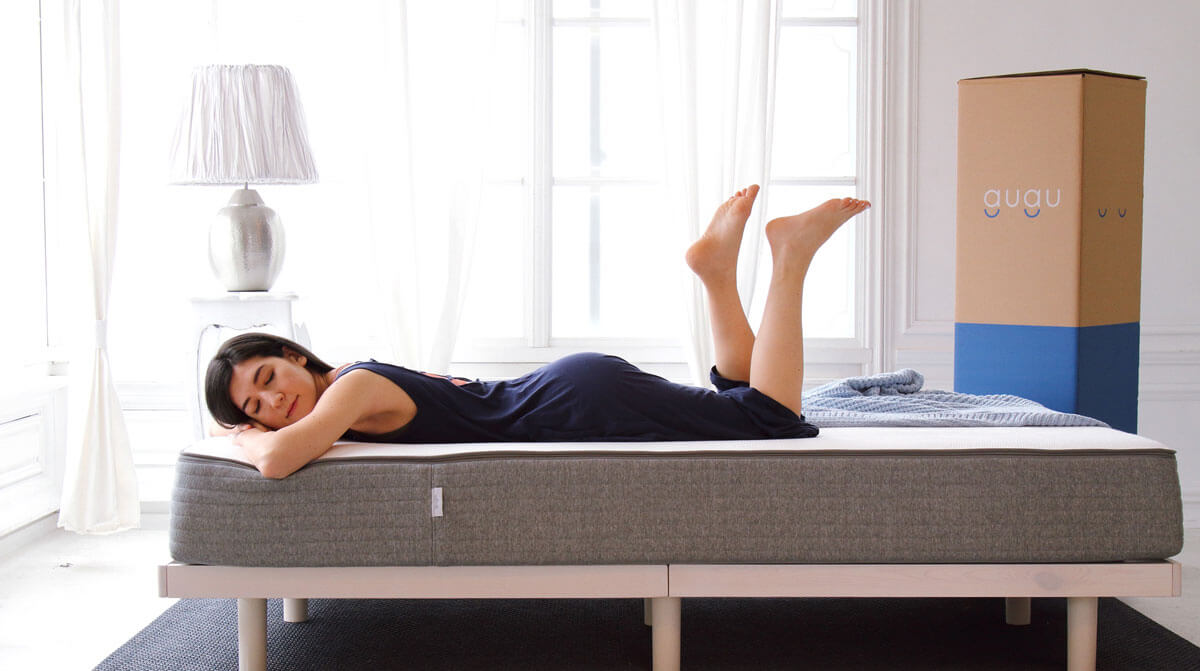 The pair say that it took 18 months to two years to go from the initial business idea to shipping their first mattresses to customers. As their customer base has grown, so has their repository of customer testimonials, which in turn helps build brand awareness.

Gold says that one of the company’s strengths is its Japanese DNA, which is infused with the duo’s Western influence. In particular, this comes through with their native copywriting team, which helps the brand effectively address their market. “What we’ve done is build a team that really understands and is inspired by our mission and our purpose, and let them take that and find the right voice in the marketplace,” Gold said. “Having worked for a lot of multinationals here in Japan, I’ve seen that they can have challenges working overseas. Often, they’ll say: ‘Well, we know. Just do what we’ve been doing.’ But in fact, proper localization can take years. So we’ve already got that factor.”

Another is their fully digital platform, which allows for quick iterations. “The beauty of digital is that you can try it today and change it tomorrow,” Gold said. “We’re constantly looking at the data, or trying this picture or that idea. Since launching, we’ve changed our website several times to improve the overall customer experience.”

“That motivated us even more — we knew we could disrupt this.”

Finally, Gold and Morris both highlight the importance of community and cultural awareness as they’ve built their business and the culture that pervades it. Gold says that his ties to the McGill MBA Japan Program have been invaluable throughout his career, and counts fellow alumni as some of his closest friends. He also sees strong connections between the shared tendencies of Canadians and Japanese towards humility and deference, which has helped shape gugu’s company culture.

For his part, Morris’s time spent playing with the Tokyo Canadians has given him an insight into the way Canadians work and play, and inspiration for shaping the company culture: “I find Canadians in general to have a really good balance. They have the ability to be very successful in their careers, but they also maintain a … laid-back philosophy. I’ve always admired that and we’ve gone about building a similar culture at gugu.” 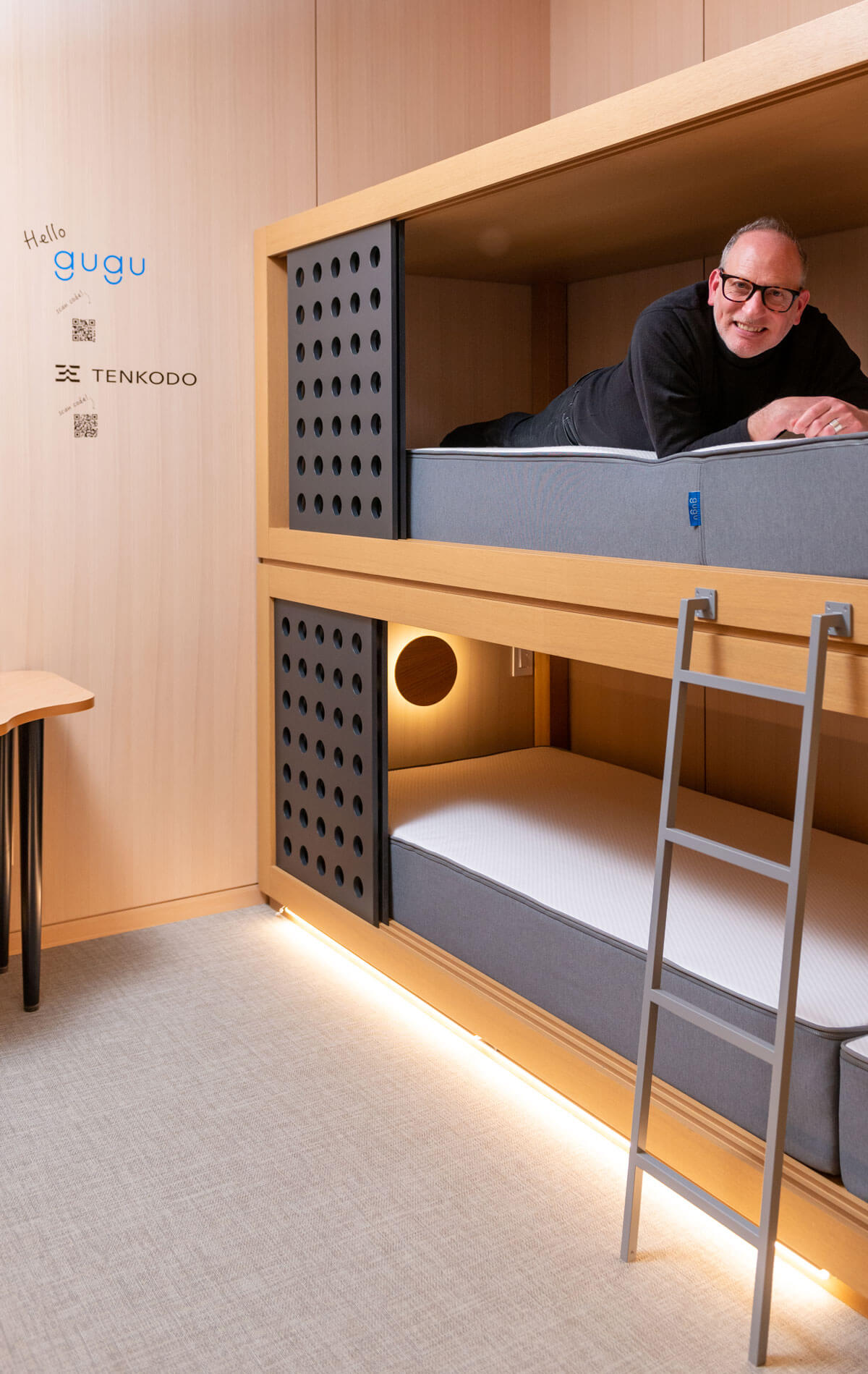 These elements have helped propel the company to a strong start and business is growing at a steady pace. Over the past year, while the Covid-19 pandemic has had a negative effect on businesses around the globe, for gugu it has led to two trends that have bolstered the company, Gold explained.

People are online a great deal these days, and in general, Japanese consumers have become more comfortable with making pur­chases there. And, as people are spending a considerable amount of time at home, they are thinking about how they can improve their living environment, health and well-being.

He added that, along with a model that is meant to shake up an industry that has long been set in its ways, they want gugu to become an advocate for getting people to take more seriously sleep and its effects on their health.

“The whole idea of being a profitable com­pany or generating revenue — there’s nothing wrong with that — but it’s what you do with it. So we also want to use our time and effort to educate, and help promote the value of sleep. However, in order to do that, we need a revenue model that allows us to do well by doing good. So of course, it’s a business. But the mission behind that business is to help people sleep better because what’s more important for your health than sleep?”

One of the ways that they’re doing this is by posting content on their site that shares the latest in sleep research, which is finding that getting enough sleep not only boosts people’s cognitive function, but also their immune system.

Morris explains that, along with selling mattresses, they want to get consumers to think differently about the importance of sleep in their lives. “Getting enough sleep isn’t just about waking up and feeling more energized,” he said. “We’re just scratching the surface in terms of what we call a sleep awakening in terms of how sleeping better can affect people’s health. The idea that people just say — ‘I only need five or six hours’ — is an old way of thinking. We want to become a catalyst for changing the way people think about sleep. We want to make sleep cool.”

For CCCJ members, gugu sleep is offering a 20 per cent discount. Just use the code “CCCJ” when you make your purchase at gugu.jp.