Diplomatic relations between Canada and Japan officially began in 1928, and since then the two countries have added collaborative trade agreements, the exchange of goods and political support. However, while the relationship between the two countries is strong, many bilateral opportunities remain untapped. 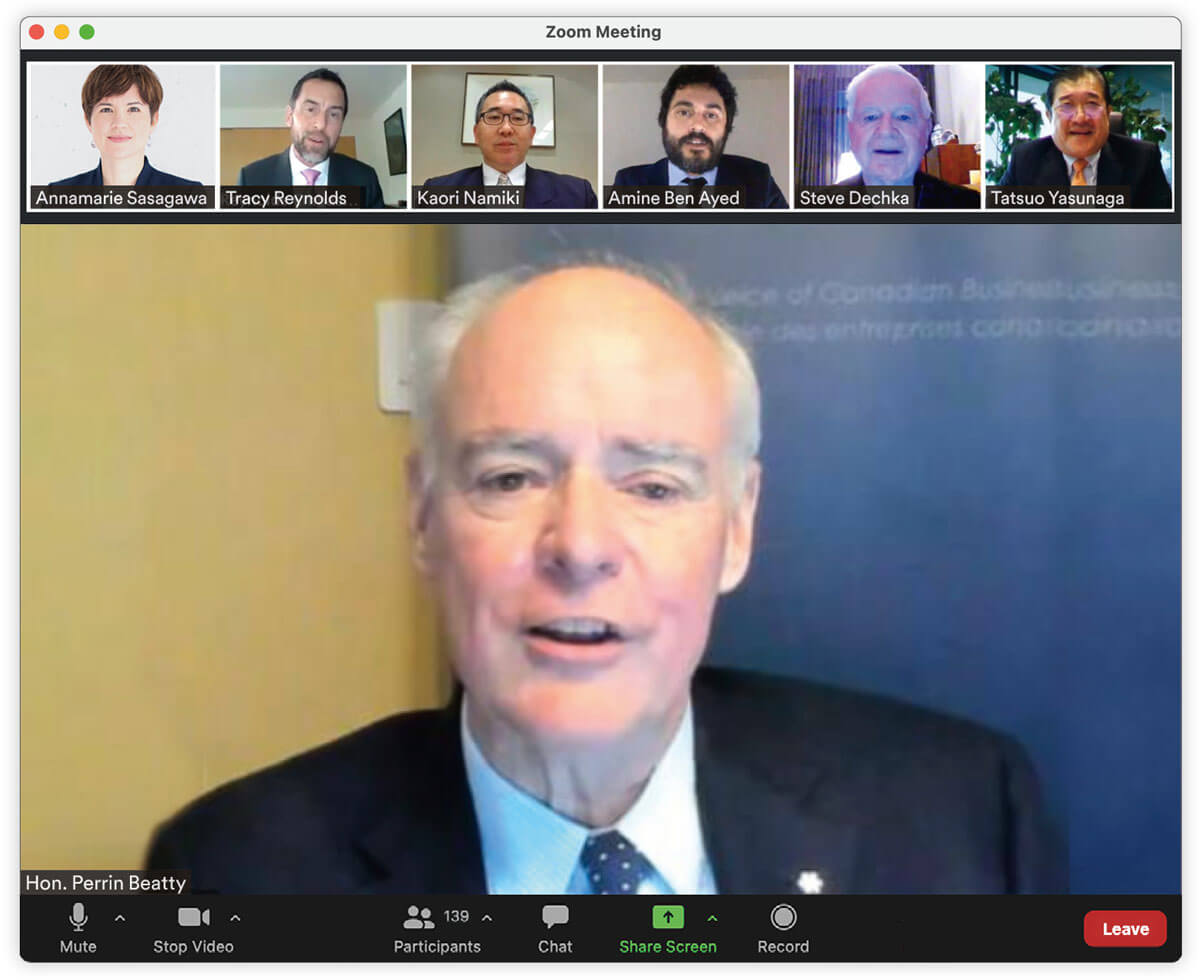 Moderating the seminar was Annamarie Sasagawa, director of Corporate Culture (Global) at Kao Corporation and a CCCJ governor. She began by introducing Perrin Beatty, president and chief executive officer of the Ottawa-headquartered Canadian Chamber of Commerce. He said Canada’s relationship with Japan is not achieving its full potential.

“Despite being the world’s third-largest economy, Japan still accounts for only slightly over two per cent of Canada’s global merchan­dise trade. That means we have an opportunity to grow our com­mercial relationship, particularly through the still new Comprehensive and Progressive Agreement for Trans-Pacific Partner­ship [CPTPP]. We’re the two largest countries in the agreement and we hope that, through activities like this webinar, we can foster more information sharing and best practices to help companies.”

Tracy Reynolds, minister (commercial) and senior trade commissioner at the Embassy of Canada to Japan, described how his role at the embassy directly focuses on Canada–Japan trade relations, and how these connections are a priority for the Canadian government.

“This prioritization is reflected at the highest levels, in particular through the agreement in 2019 between Prime Minister [Justin] Trudeau and former Prime Minister [Shinzo] Abe to strengthen the strategic partnership between Canada and Japan.” Reynolds added:, “A less grandiose, but still significant, signal of our prioritization of the Japanese market is through the increase in resources allocated by Ottawa to the Japan trade network that I manage. We have a 15-member team across five offices throughout the country that help Canadian companies enter into — and hopefully succeed in — this market.”

Beatty touched on the mutual interests of the Canadian and Japanese business communities, which can leverage significant advantages when they work together — such as when Canadian resources and raw commodities provide a stable supply of goods to Japan. One example of this coming to fruition is the launch of LNG Canada, one of the largest energy investments in Canadian history. Construction of the export facility began in 2019.

Addressing Canada’s greatest, and potentially most important, export to Japan, he said that, “Canada’s abundance of agricultural pro­ducts can ensure greater food security for Japanese citizens.” Reynolds then touched on his country’s success, in spite of the coronavirus pandemic. “So far in 2020, Canada has edged past Australia, for the first time since at least the turn of the century, to rank us as Japan’s third-largest supplier of agricultural products by value, and our export capacity has been maintained throughout this pandemic. We have also partnered with Japan on international initiatives to discourage export restrictions on agricultural products. Therefore, Canada plays a vital role in providing for Japan’s food security.”

As the coronavirus has swept around the world, it has had a drastic effect on the global economy. Reynolds said that, despite the pandemic being one of the greatest challenges to international relations and the world economy in the post-war era, trade ties between Canada and Japan have held steady. “Despite these challenges, Canada’s exports to Japan are stable, having decreased by only one per cent from January to August 2020, year over year. Canadian exports to all other trading partners fell by 15 per cent. We think that Japan can look to Canada as a significant source of economic stability and security in these uncertain times, and Canada is taking steps to ensure that it will be a significant source of energy security for Japan.”

The joint venture produces shale gas, which it supplies to LNG Canada. “This plant is designed to have the lowest CO2 intensity of any LNG facilities currently operating in the world,” Namiki said. “Despite the impact of Covid-19, LNG Canada continues to hit critical construction milestones and remains committed to delivering its first shipments in 2024.”

Another source of opportunity between Canada and Japan is artificial intelligence (AI). Amine Ben Ayed, vice president and chief operating officer at Dataperformers, the official AI supplier for the Canadian government, discussed the AI landscape in Japan and Canada. He said that Canada was the first country to adopt a national AI strategy, and Japan was the second. “This is a good beginning, because there are already common objectives here in terms of AI support by both of our countries,” said Ben Ayed.

While the two countries are actively pursuing innovations in this field, Ben Ayed spoke to some of the challenges that the countries face individually, and how collaboration could provide solutions. “What we realize is that Canada has a higher concentration of AI researchers, while Japan has higher industry competitiveness. And this is the point that I want to raise here. There’s an opportunity for Japan to be one of the early adopters of innovative solutions coming from Canada, while Canada can also further push fundamental research into AI.”

Ben Ayed mentioned that Canada faces a challenge in terms of talent retention, with many AI researchers choosing to move to the United States. However, this challenge also represents an opportunity, he pointed out. “This is an opportunity for big Japanese conglomerates to create research and devel­opment centres in Canada, and benefit from the entire AI ecosystem.”

Steve Dechka, co-chair of the Japan–Canada Chambers Council, then moderated a brief panel discussion. A key question that arose was, “What can the government do to enhance our commercial activities for the future?”

Reynolds emphasized the importance of governments and other stakeholders demon­strating their ongoing commitment to bilateral economic relationships. “The government of Canada offers funding through the CanExport program to help small to medium-sized enter­prises break into new inter­national markets, and supports research and development collaboration in foreign markets.

Tatsuo Yasunaga, president, chief executive officer and representative director of Mitsui & Co., Ltd., spoke to close the event. “As we look ahead to arrange our next in-person meeting, trade between Japan and Canada is still far below its potential,” Yasunaga said. “But with the CPTPP having gone into effect in December 2018, automobile exports from Japan and beef imports from Canada appear to have great potential, both having grown year on year in 2019.

“I am convinced that companies in our two countries can establish a win–win relationship through closer cooperation between the chambers in Japan and Canada. I look forward to meeting with you face to face at our next get-together in Toronto. In closing, let me express my wishes for further development in Japan–Canada relations. I hope you will all take care of yourselves. Stay safe.” 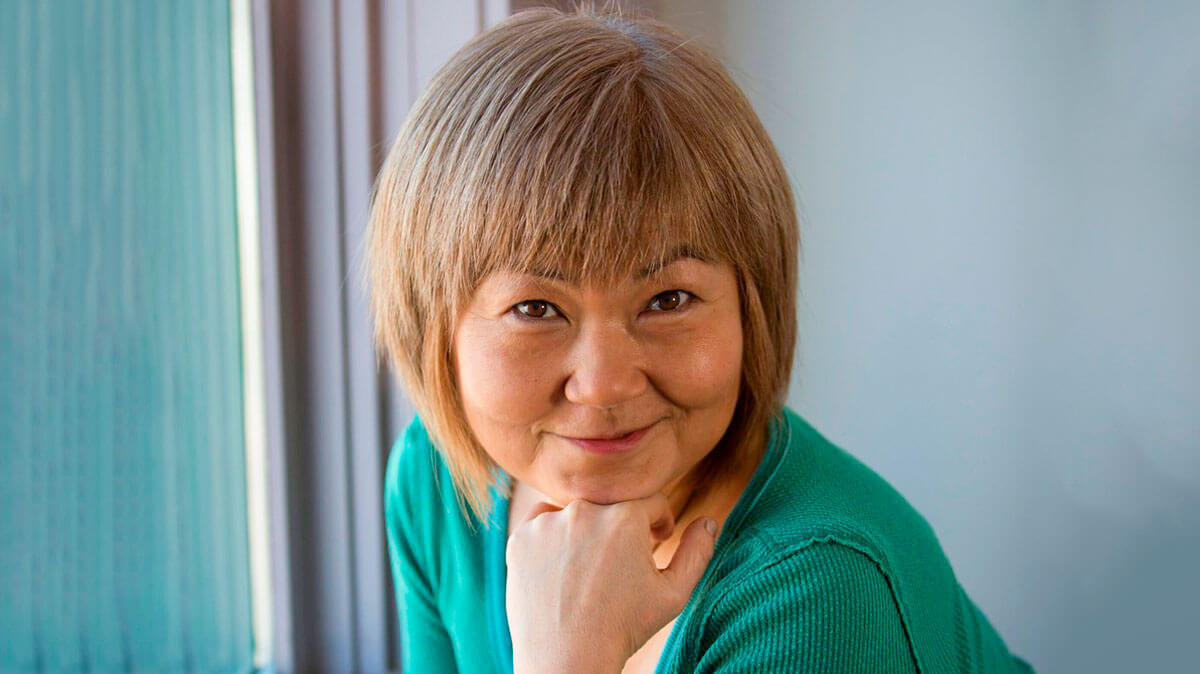 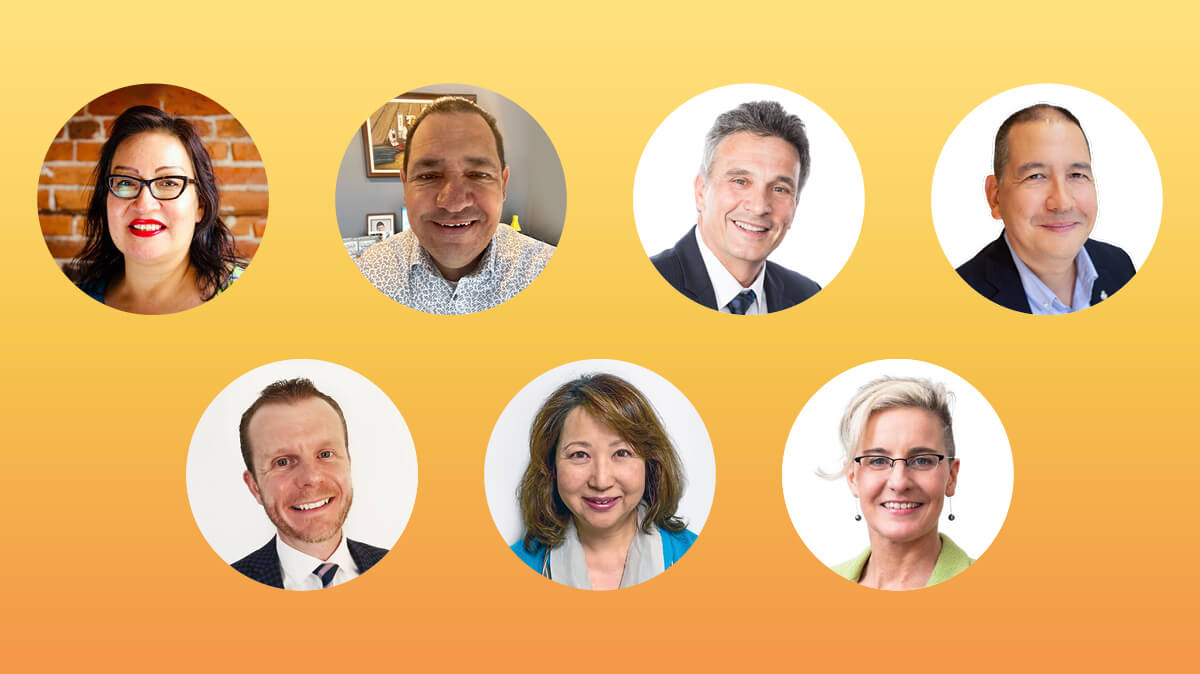 Who are Indigenous Entrepreneurs? What is Effective Engagement? 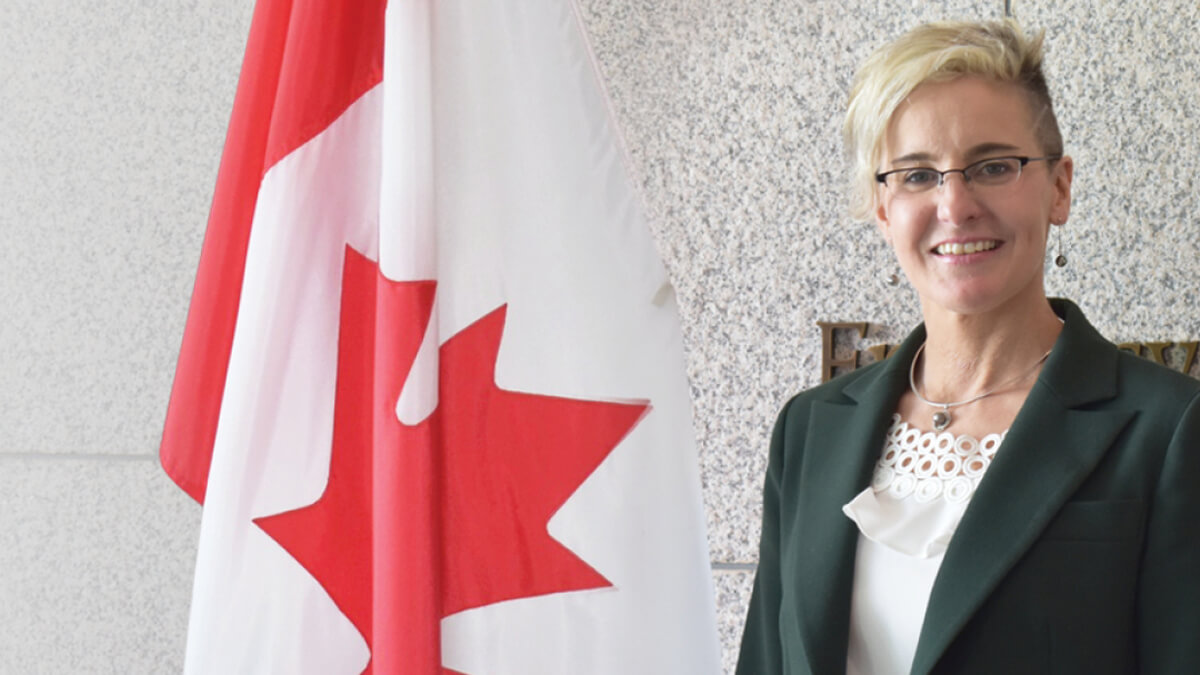