Many things come to mind when Japanese people think about Canada. It might be the great outdoors, long, cold winters or even hockey. But you can bet that high-quality wine is not going to be topping their lists of what is quintessentially Canadian. That would be a mistake.

Over the past two decades, Canada has been producing a wide variety of vintages that are drawing the attention of connoisseurs around the world — and slowly but surely in Japan.

The history of Canadian wine production goes back a long way. Some of the first grapes grown in North America were planted in Nova Scotia in the 1600s, and wine was produced from those grapes. In the 19th century, vines were planted in British Columbia. Yet the modern wine-growing movement in the country goes back but 40 years, and really only hit its stride in the past 15 to 20 years.

There is plenty of land in Canada that is well-suited to producing the beverage. The country’s wine regions are mainly located between 41° and 50° North — the same latitudes as celebrated wine locations such as California, Washington and Oregon in the United States, and noted locations in France, Spain, Portugal and Italy. Canadian soils rich in glacial deposits help vineyards thrive, while the climate allows grapes to ripen slowly and uniformly, thus balancing sugar and acidity. This makes for particularly flavourful wines of many varieties.

As Jamie Paquin, the owner of Heavenly Vines, a shop in Ebisu that specializes in Canadian wines, explains, the growing regions range across the country. Two of the most prominent are the area in Ontario close to Niagara Falls, about 80 kilometres from Toronto; and British Columbia’s Okanagan Valley, some 450 kilometres inland from Vancouver.

Both regions, according to Paquin, are capable of producing a wide range of vintages, because “They have a surprising range of climates and soils. So you can do the spectrum of things — from aromatic whites and sparkling wines to lighter body Pinot Noirs or Chardonnays to full-bodied reds and whites. There are a whole range of grapes: from Bordeaux and the Rhone Valley in France; little fragments of Zinfandel and Syrah, as well as things like Tempranillo [from Spain] and Sangiovese [from Italy] in small quantities. So the variety is quite surprising.”

Other regions produce less wine but are, nevertheless, attracting interest. Over the past 20 years, Paquin says, producers in the Gaspereau Valley in Nova Scotia have been adapting to their particular climate and developing sparkling wines and fresh, aromatic wines that have been getting attention. Prince Edward County on the north side of Lake Ontario is regularly taking top honours for the best Chardonnays and Pinot Noirs in North America. And even though it has a shorter growing season, Québec is producing many good wines.

While Heavenly Vines, in business since 2011, isn’t the first shop to have brought Canadian wines to Japan, they are a pioneer in carrying high-quality wines that have a strong reputation back home. Paquin points out that one of the other interesting aspects of the Canadian wine industry is that it is primarily geared to smaller producers — in fact, about 90 per cent of the estates in Canada are boutique wineries, and the majority of the wine that Heavenly Vines carries is made by producers who make, on average, 5,000 to 10,000 cases of wine a year. By way of comparison, a large corporate winery in the United States could make somewhere in the order of two million cases a year.

Paquin chalks this up to Canada’s growing climate: “In wine terminology, Canada is a cool climate region. You get great wines in a region like that when you do lower yield viticulture, so you can’t carry the same volume of fruit per acre. That means if you’re going to invest in making wines and having a winery, you probably need to have a high-end mentality about producing a premium product. And that tends to draw people who have the resources to bear the initial start-up costs and to ride that out, but to make something really exceptional. And it’s usually a labour of love because of their passion for wine.”

But the amount of Canadian wine that is coming to Japan is still quite small. According to First Secretary (Commercial) and Trade Commissioner Nathan Funk from the Embassy of Canada to Japan in Tokyo, Canadian wine valued at about C$1.1 million was exported to Japan in 2019.

Paquin explains that one reason for this is that the high-quality wine is being consumed domestically. “As an industry, it’s doing all of the things that the best wineries of the world do to make great wine, but doing it in a way that it’s just being taken up by the local market, so the word doesn’t get out about it.”

Funk corroborated this point: “Overall, Canadian exports comprise around three to four per cent of what is produced in Canada, with the top five export markets — by value — being the USA, China, South Korea, Hong Kong and Japan.”

He added: “Canadian wine production is small by global standards and Canadian wines are popular in the domestic market, but there are also Canadian wineries with the capacity and strong interest to expand their consumer base in foreign markets such as Japan. Other producers also export as they see value in having their product sold and showcased in key influencer markets in the global marketplace, where they are featured on wine lists and shelves in high-end restaurants and speciality retailers. Trade Commissioners are keen to support wine producers and associations with the capacity to, and interest in, exporting wine to Japan.”

And the Comprehensive and Progressive Agreement for Trans-Pacific Partnership (CPTPP) makes for a favourable trade environment for companies that are looking to export wine. Funk explained that Japanese wine tariffs for exporting countries without a trade agreement are 15 per cent or ¥125 per litre, whichever is less. Under the CPTPP agreement, Japanese wine tariffs are reduced every year and will be eliminated by April 2025. He said that he believes the CPTPP provides strong opportunities for Canadian wines to expand in the Japanese market. 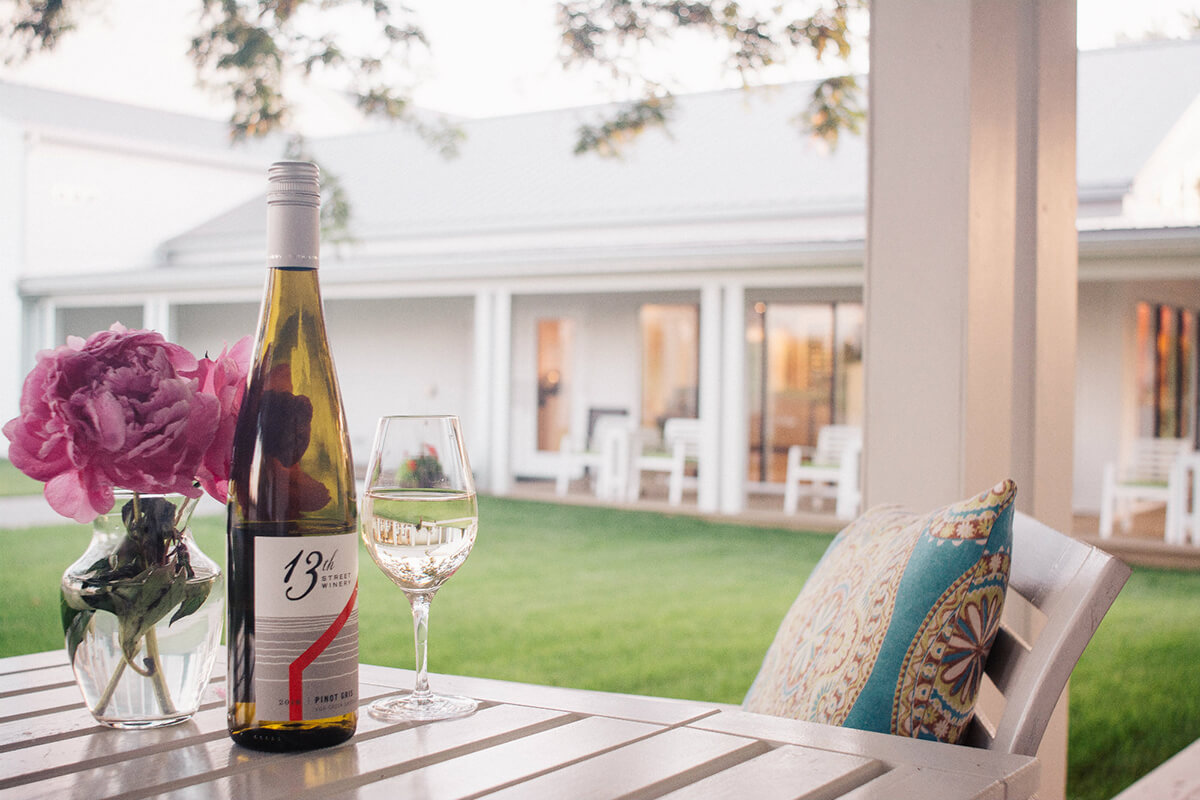 A major hurdle in increasing demand for Canadian wines in Japan is awareness, Funk explained. Efforts are being made, but it’s still a challenge. “Thanks to industry and government efforts, Japanese customers are slowly starting to recognize Canadian wines, but attracting consumer attention is challenging in an environment where the availability of a variety of competitively priced wines from more recognized regions, such as France and Italy, is plentiful.”

One way that awareness is being increased is through the efforts of the Trade Commissioner Service in Japan that “has supported the  Canadian wine industry through holding wine tastings, seminar events and a master class for Japanese sommeliers and journalists, which has been successful in increasing recognition of Canadian wine in the market. And the Trade Office in Sapporo holds an annual wine tasting event that has proven very successful at raising interest in Canadian wines and introducing suppliers to importers and restaurants.”

“As an industry, it’s doing all of the things that the best wineries of the world do to make great wine.”

Paquin, who is at the front lines of spreading the gospel about Canadian wine, believes that much of what needs to be done is to dispel stereotypes and outdated notions: “One interesting thing about Japan is that so many people study things formally. So many people have been through wine education, but textbooks — even the recent ones — are really outdated in terms of what they tell people. So the average person that went through a wine course would think Canada makes ice wine — and that’s about it. I even had a person argue with me, saying that we don’t make other wines.

“The other challenge is that the image of Canada is sold to the world as the Rockies and — especially in Japan — the Northern Lights, ice and snow and frigid weather. They don’t imagine southern Canada having warm weather. Every time I tell people the story of the Okanagan Valley, I always say the average summer has 17 days of about 40 degrees there. And they pause, and they say, ‘Fahrenheit?’ ”

Part of Heavenly Vines’ strategy is to lead Canadian wine tours. The first trip for the Okanagan Valley was planned for June, but then provisionally was rescheduled for September. That said, given the situation with Covid-19, things are still up in the air. 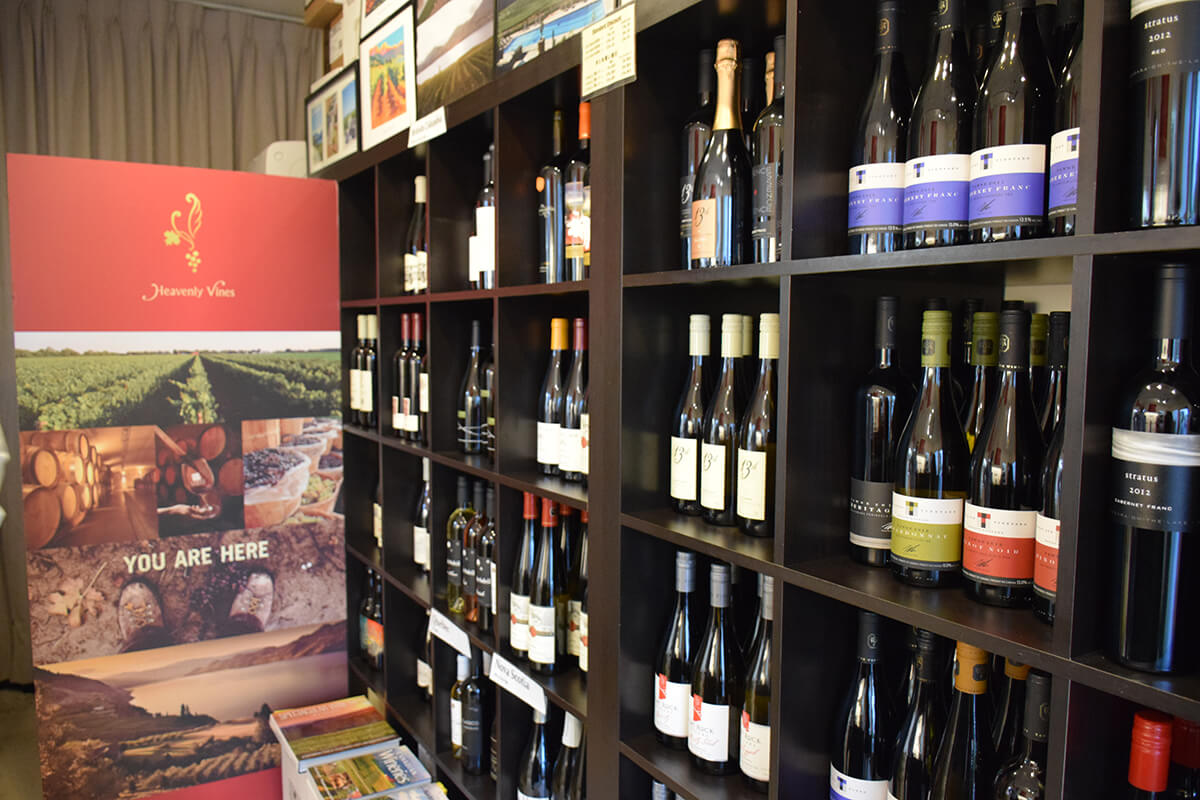 And that ice wine? Paquin says that’s partially up to marketing, and shouldn’t get in the way of people here realizing just how much more wine Canada makes: “My big message is, don’t associate us with that, because it’s only about three to five per cent of production. One reason that Japanese people associate ice wine with Canada is that one producer was quite aggressive towards the Japanese during the bubble era. They recognized that Japanese people were buying ice wine on trips to Canada, and then they cleverly figured out where else in the world Japanese tourists go. That’s why, if you’re in a duty-free shop in Hawaii, you’ll see ice wine. It’s really cemented this idea that that’s Canada’s thing.

“But people tend to forget that, to make ice wine, first you grow grapes. If you grow grapes, it means you can make whatever you want. The difference is the winter is cold enough in the places they make it that you can let the fruit hang into the winter. And when it goes below minus eight, you pick it. So that’s why we can do both . . . but if we’re known for that, people think that’s all we do, and they don’t come looking for anything else.”

The good news is that, once people actually try Canadian wine, they quickly appreciate its quality. Paquin says that Kenichi Ohashi, Japan’s one Master of Wine (a distinction granted by The Institute of Masters of Wine in the United Kingdom), has recently become a big fan of Canadian wine, and has said that it easily compares to French wines that are five times more expensive. Canadian wines regularly take top places in international wine competitions. And Funk says that Canadian wines, which are showcased to VIP guests and food influencers, including journalists, at receptions taking place at the Embassy of Canada to Japan in Tokyo and the embassy’s official residence, often receive rave reviews from their guests. He added that the embassy has also received positive feedback about Canadian wine from prominent figures of the Japan Sommelier Association and other influential individuals.

Paquin believes that it’s also important for expat Canadians, particularly those who have been in Japan for a long time and have missed the relatively recent boom in their home country’s wine industry, to celebrate and support their home vintages: “This is something that you can actually be proud of, and it’s got a truly Canadian essence to it, because wine is such a product of the place. If it were Canadian, and it were no good, that would be one thing. But we have our wines at all kinds of Michelin restaurants in Japan, such as L’aube and L’Effervescence, and they’re blown away by it. So we Canadians have got to get on board.” 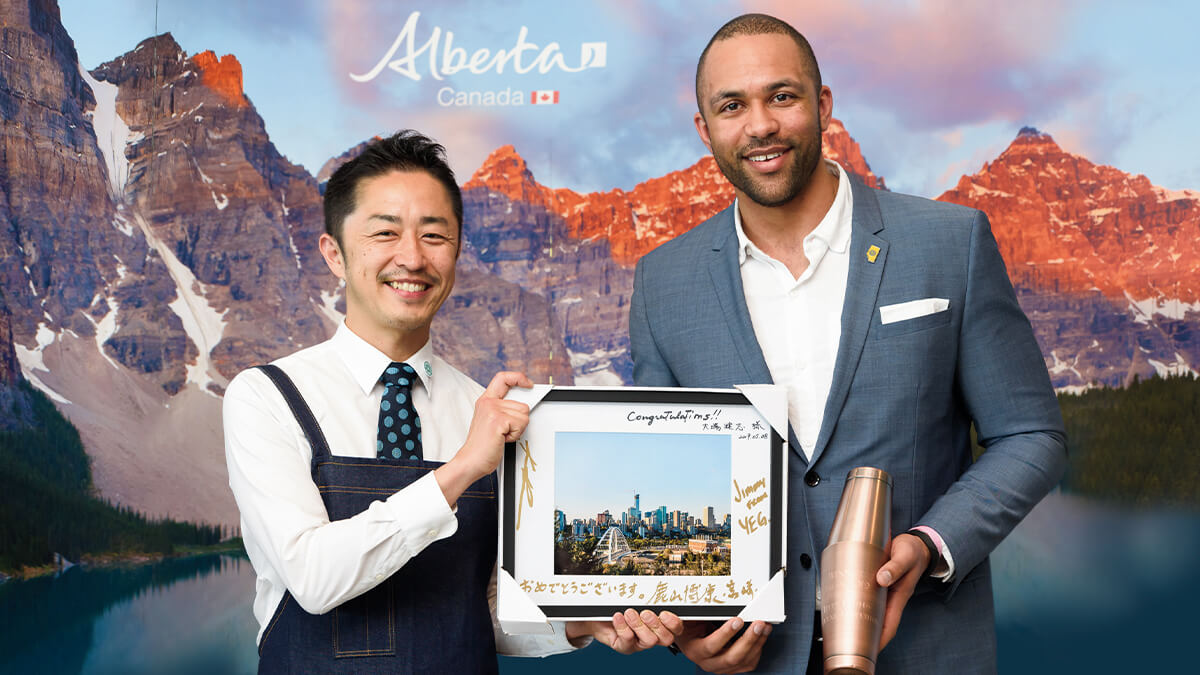