The Indo-Pacific region, which includes land areas and smaller seas that are connected to the Indian Ocean and the central and western Pacific Ocean, is the engine of global economic growth and center of geopolitical competition — particularly in regard to China’s increasing economic and military involvement there.

This ranges from creating artificial islands in the South China Sea, said to be designed for military purposes, to the Belt and Road Initiative (BRI), an ambitious infrastructure strategy that involves investments in more than 100 nations in Europe, Africa and Asia.

Nations in the region — and those farther away, but with geopolitical interests affected by developments there —have established and maintain a number of organizations that seek to share information and promote a mutu­ally accepted, rules-based order followed by all nations.

Canada and Japan are two of the countries keenly concerned with the Indo-Pacific. During the April 2019 visit to Canada of then-Prime Minister of Japan Shinzo Abe, Canadian Prime Minister Justin Trudeau with him agreed on a commitment to a free and open Indo-Pacific (FOIP) region.

This year, the commitment was further stren­gth­ened during talks between the Japanese and Canadian ministers of foreign affairs — Toshimitsu Motegi and Marc Garneau — that took place at the G7 Foreign and Development Ministers’ Meeting in London on May 3.

It has also been a topic of great significance for academics and those who influence policy decisions in both countries. Aiming to bring some of the key issues in this crucial region to the fore, a webinar was held that explored the development and execution of Canadian and Japanese policies, featuring leading thinkers on both sides of the Pacific. Taking place on March 2, the online event was titled Canadian and Japanese FOIP Visions: Purpose, Form, and Practice.

The webinar was moderated by Colin Robertson, vice president of the Canadian Global Affairs Institute, and the panellists were:

Nagy was also the organizer of the event. Topics discussed during the webinar include how the term Indo-Pacific differs from terms such as Asia and Asia–Pacific; how strategies to engage with China fit into overall Indo-Pacific ones; the continuing role of Japan and Canada in multilateral organizations, such as the East Asia Summit and the ASEAN Defence Ministers’ Meeting; and what Indo-Pacific nations expect Canada to contribute in terms of commitments to security, development, trade and investment. 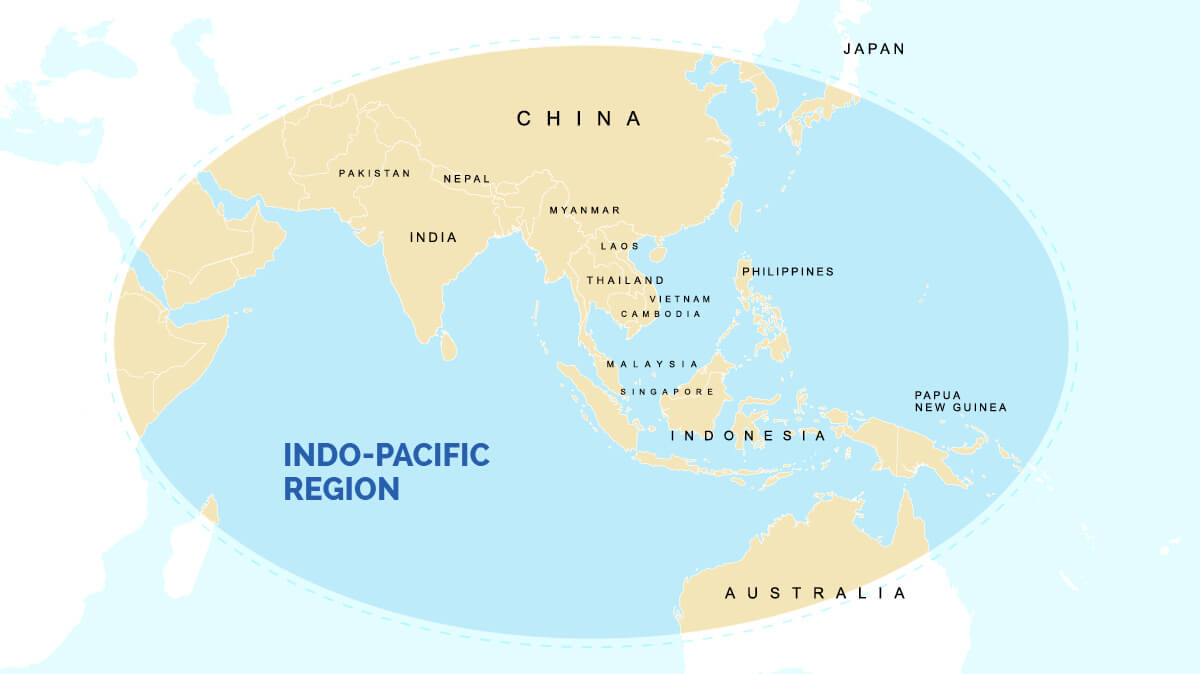 The first speaker was Fukushima, who said that “with the Indo-Pacific, we are adding another layer to the regional architecture for cooperation” that works within a framework already established by organizations such as the Asia-Pacific Economic Cooperation forum, the ASEAN Regional Forum and the Council for Security Cooperation in the Asia Pacific.

She added that the region is constantly changing, and that Japan has played an instru­mental role in establishing the term Indo-Pacific within a global context: “The narrative of the Indo-Pacific has not been static, but remains dynamic and evolves. In the case of Japan, the FOIP initiative originated with former Prime Minister Shinzo Abe’s speech to the Indian Parliament on the occasion of the Conference of the Indian and Pacific Oceans, in 2007. Japan officially launched its strategy in August 2016.”

However, Fukushima explained that this initial launch was met by disapproval from China: “At the time of the launch, China crit­i­cized Japan’s FOIP as a con­tain­ment strategy. However, Japan’s FOIP is more than a question of security. For example, Japan’s Diplomatic Bluebook 2020 clearly describes that it is not an exclusive concept, but an inclusive concept, by saying that no country is excluded from partnership.”

Urata then discussed the economic links of the FOIP initiative and its connections to the BRI. He said: “The Japanese government considers its FOIP [initiative] very important for Japan’s economic policy and a key for achieving the stability and prosperity of the international community by combining two continents — Asia, which is rapidly growing, and Africa, which possesses a huge potential for economic growth.”

One of the main reasons for establishing a viable FOIP policy, he pointed out, is the manner in which the BRI is executed. It tends to benefit China and the Chinese economy, rather than the nations in which the projects are taking place.

The issues regarding how the BRI is being implemented include the fact that Chinese businesses usually win contracts related to infras­truc­ture projects around the world, although nations where those projects are located do not gain anything in terms of business opportunities, employment or technology transfers.

However, he said, the nations in the Indo-Pacific do want to benefit from both the BRI and Japan’s FOIP strategy, so it is important for this strategy to include China, which has proved willing to cooperate on aligning its infrastructure projects with global standards.

Urata added that, as Japan collaborates with other nations to refine its approach, “this does not mean to exclude or encircle China, because China can contribute to economic development and political stability in the region with appropriate policy and behaviour, which may be learned and adopted through active communication and cooperation with Japan and other countries.”

The first Canadian panellist to join the dis­cus­sion was Nagy, who said that “Canadian interests in the Indo-Pacific are threefold: Canadians are interested in the region remaining resilient, prosperous and stable. And what’s directly con­nected to those three adjectives is this idea of a sustainable and transparent rules-based order. Key parts of making that happen is supporting infrastructure connectivity, strengthening good governance and championing human rights.”

His approach calls for the idea of working with nations such as Japan, Australia, India, Taiwan, Southeast Asian countries, the United States, the UK and EU members to craft a Canadian Indo-Pacific vision for engagement in the region. He pointed out five particular areas that this vision should include:

Nagy stated that, while there are challenges inherent in establishing a workable FOIP vision, failing to help support the region could have serious consequences: “If the region is char­ac­ter­ized by instability, stunted development and a might-is-right approach to rules, this will lead to what I call less predictable behaviour within the region, such as balkanization [fragmentation into groups that are not cooperative with each other] of trade in the digital economy and technology. It really will make it much more difficult for Canada to seize economic opportunities within the region.

“The erosion of a rules-based order in the Indo-Pacific,” he emphasized, “will make it much more difficult to deal with important and critical issues such as climate change and the level of militarization within the region. And all of these have the potential to cascade into unpredictable humanitarian economic crises.”

Beginning her remarks, Paskal pointed out that the importance of the region reflects a shift in geopolitical focus, one that simply can’t be ignored: “I don’t know how you could have any justification for not having an Indo-Pacific policy in this day and age, given the strategic and economic issues. Everything is revolving around the Indo-Pacific at the moment — it’s no longer an Atlantic-based world, it’s an Indo-Pacific-based world.”

She said there are three key features of a successful FOIP approach, which she said Japan has attained. One is connecting with existing activities, such as military exercises in the region. Another is creating multilateral organizations that fit a specific purpose, such as the Supply Chain Resilience Initiative, established by India, Japan and Australia, and the Quadrilateral Security Dialogue between the United States, Australia, Japan and India.

But the third way, she said, has the potential to be the most influential: “This is to do somet­hing unique that only your country can do. And this is where Canada, I think, has some introspection to do, because currently around the world, we tend to either bolt onto existing organizations the most, or copy our closest colleagues in the way that we engage in the region.”

She used the example of Oceania to show how Japan has strategically invested in infrastructure throughout this region, in response to the BRI. Japan’s use of targeted investments that address the particular weaknesses of each nation allows it to achieve elements of its FOIP strategy.

As she concluded, towards the end of her remarks: “I think the particular value-added for Canada would be to find the elements within Canada that resonate the most with different elements of the Indo-Pacific.” As one possible example of how this could work, she presented the idea of representatives from Canada’s First Nations serving as advisers to indigenous com­mu­ni­ties of smaller nations in Oceania.

The final speaker was Berkshire Miller, who made a strong case for exactly what an Indo-Pacific strategy is not: “The Indo-Pacific idea is not meant to replace the Asia–Pacific idea. It’s not meant to replace our traditional multilateral engagement with organizations such as ASEAN, and it’s not meant as a punitive stick because of our tensions with China. Equally, it’s not centered around us being sort of cajoled into this approach because of a hard edge to US administration, and their approach to China. Simply put, the reason that we’re engaging in the Indo-Pacific and developing a strategy, at least from my perspective, is because it’s in our best interest to develop that strategy.”

He raised one aspect to which Canada could bring its own expertise as part of its FOIP strategy, as it has been tackling the issue domestically for some time: “One thing that I don’t think has come up in great detail so far is climate change, and the nexus with national security that climate change has. So I think this is something that clearly is a priority for Canada and I think can be a priority as it articulates its strategy in the region.”

He acknowledged that, while it can be impor­tant to take part in such military exercises in the Pacific as the biennial Keen Sword, orga­nized by Japan and the US, “the public diplomacy side is very important as well. So, as this strategy evolves, I think the nuts and bolts of what’s inside, is crucial,” he said.

“I have great respect for those who are spending a lot of time and a lot of hard nights, developing a strategy and working on it,” he shared. But the strategy is only as good as it’s pushed out. The sad truth is that the perceptions in the region of Canada, in a comprehensive sense, have not been good over the past few years.

“In order to change those perceptions,” he concluded, “our strategy needs to address the questions: Why does Canada need the region? And why does the region need Canada?”

The second half of the webinar opened up to a question-and-answer session during which the panellists discussed a number of topics, including:

The webinar offered insightful glimpses into how Japan and Canada — partners in so many ways — can learn from one another as they address the complex issues that an ever-changing Indo-Pacific region faces.

To read the papers that each panellist prepared for the webinar, visit www.cgai.ca/2021_indo_pacific_series
To watch it, go to
bit.ly/cgai-foip 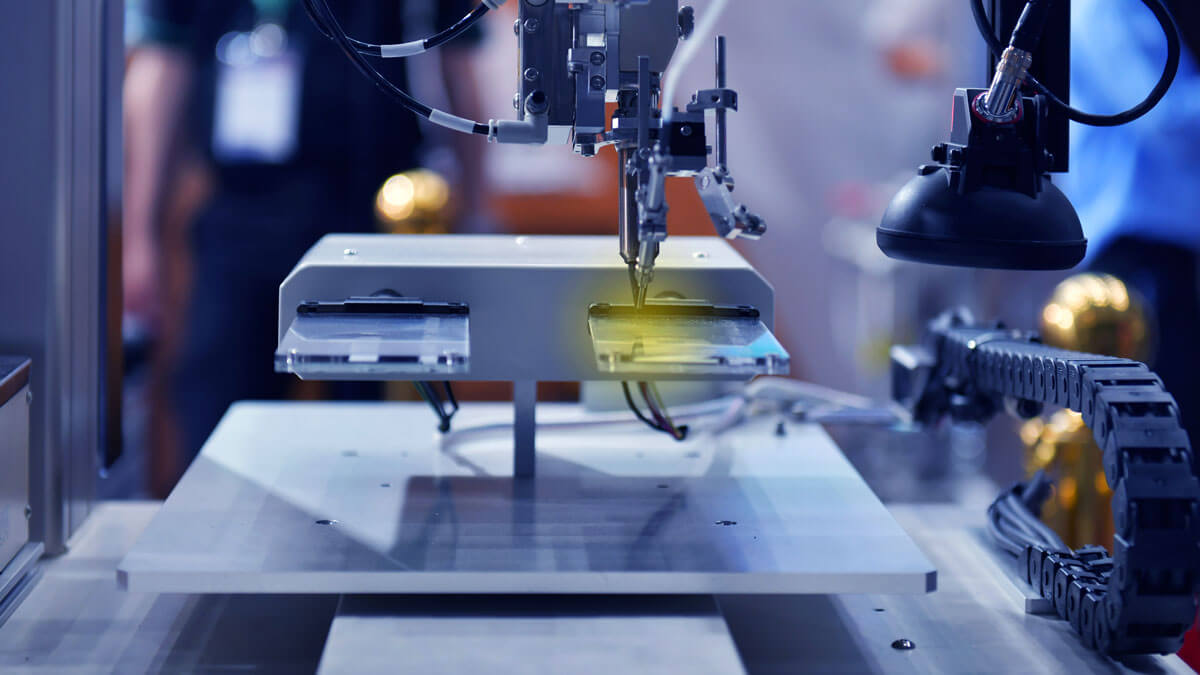