This year, Canadians are celebrating Canada 150: Canada’s 150th birthday or, more precisely, the 150th anniversary of Canada’s Confederation. It is an important milestone for our country, and one that provides a unique opportunity to strengthen our sense of what it means to be Canadian, at home and abroad.

Canada existed long before 1867, although it was not officially a country. People of European origin were living in Canada hundreds of years earlier — and Indigenous peoples thousands of years before that. Since the name Canada began appearing on maps in the mid-1500s, why is 1867 considered the beginning?

Over the years, the land had been divided and re-divided with France ceding a portion of its territory in mainland North America to the British in 1763, under the Treaty of Paris. Gradually, it was recognized that a better form of government was needed to deal with political and economic issues, relations with the United States, and other factors.

In 1864, the Great Coalition — which brought groups with various political ideals together — was formed to discuss constitutional reform. Meetings and negotiations followed and resulted in the Confederation of Canada.

The first major meeting was the Charlottetown Conference, held in 1864 with the goal of persuading the maritime provinces to join confederation. The second gathering, also in 1864, was the Québec Conference. The outcome was a draft Constitution for the creation of Canada.

Upon approval by the Parliament of the United Kingdom, the Dominion of Canada was created through the British North America Act. Under the Act, the provinces of Nova Scotia, New Brunswick and Canada — which became the provinces of Ontario and Québec — became Canada. The Act, which also set out the division of powers between the federal government and the new provinces, came into force on July 1, 1867.

Over the years, many more people came to Canada. At first they were mainly from the British Isles and continental Europe, often escaping from poverty, famine, overpopulation or war. But before long, Canada was seen not as a place to which to escape but, rather, as a land to which to go. It was a land of opportunity — a place to go for a better life.

And life indeed got better — so much so that Canada today always places near the top in surveys of the best locations in the world in which to live. In fact, Canada ranked second on the World Economic Forum’s 2016 Best Countries list.

Today, nearly 300,000 people a year immigrate to Canada from all over the world, with the greatest percentage coming from Asia. The ratio of foreign-born people in the country is more than 20 percent, over 50 percent of whom live in Canada’s biggest city: Toronto.

Large-scale immigration led to the official policy of multiculturalism in 1971, and diversity and inclusion as a key theme of Canada 150. In the words of Prime Minister Justin Trudeau, “Canada’s diversity is its strength.”

Another thing to recognize as we celebrate this anniversary is that it is not only the population that has diversified, but the economy, too. Back in 1976, Canada joined the grouping of the world’s most advanced economies, the G7.

While Canada is known for its beautiful nature and scenery, it is also a technologically advanced country with a strong spirit of innovation. Canada excels in many areas, including the energy, minerals, lumber, wood products, agriculture, automotive industry and education sectors. Canada’s aerospace industry is known around the world for quality and innovation, and we have a host of cutting-edge software, biotech and high-technology companies.

Canadian actors you are sure to recognize include Ryan Gosling, Donald and Kiefer Sutherland, Ryan Reynolds, and William Shatner.

We see much to be proud of as we look back at Canada’s interactions with the world over the past 150 years. Canada has always stood for human rights, freedom, democracy and peace. Even before Confederation, Canada welcomed those escaping from slavery in the United States via the Underground Railroad.

Canadian soldiers fought and died in two world wars. Canada opened its doors to people fleeing from Eastern Europe after World War II and, later, from Indo-China. In 1956, when he was Canada’s Secretary of State for external affairs, Lester B. Pearson, who later became prime minister, initiated the concept of using a UN peacekeeping force to de-escalate the Suez Crisis. He was awarded a Nobel Peace Prize for this work. During the Iran hostage crisis in 1979, Canada bravely helped six US diplomats safely return home.

In 2003, although Canada opposed the invasion of Iraq, it contributed forces for the NATO-led rebuilding of Afghanistan. Meanwhile, most recently Canada attracted worldwide attention when it announced it would accept 25,000 refugees from Syria — a number that quickly rose to more than 40,000.

Both Canada and Japan entered the international arena in the late 19th century and government-to-government connections between the two nations soon began to take shape. Japan opened a consulate in Vancouver in 1889, and Canada appointed its first trade representative to Japan in 1897.

Formal diplomatic relations followed, with Japan’s establishment of a legation in Ottawa in 1928 and Canada’s Legation in Tokyo in 1929. A large number of Japanese have settled in Canada, and today’s Japanese–Canadian community has a rich and diverse history.

The early bilateral contacts were interrupted by World War II, but resumed in 1945. An important name to mention here is E. Herbert Norman, a Japan-born Canadian diplomat and historian who played an important role in the establishment of Japan’s postwar democracy.

Today, the Canada–Japan friendship is strong and dynamic. The partnership is based on shared values, significant two-way investment, as well as flows of goods, technology, knowledge and people.

Our two countries collaborate on common interests related to regional and global stability, and are committed to strengthening and expanding peace and security cooperation in areas such as peace operations, counterterrorism, and humanitarian assistance and disaster relief.

With 73 sister city/sister province relationships, the grassroots dialogue between Canadian and Japanese people is vibrant. Both nations are also popular tourist destinations, with the annual number of Canadian and Japanese travellers exploring each other’s cities, nature, history and culture having grown to about 300,000 in each direction.

Canada is a popular choice for Japanese students interested in studying abroad at all levels. In 2016, about 6,500 Japanese youth received permits to travel to Canada under the International Experience Canada (working holiday) program. In addition, about 500 Canadians currently participate in the Japan Exchange and Teaching (JET) Programme (page 37), teaching English and working in government offices across Japan. Canadians are long-standing supporters of this program, with more than 9,000 alumni.

The Government of Canada has identified four key themes for this anniversary year.

Diversity and inclusion: Canada is a country of diversity and it is thanks to this diversity that the country is prospering culturally, politically and economically.

Reconciliation with Indigenous peoples: Raising awareness of Indigenous cultures among Canadians will allow them to discover and celebrate the richness of these cultures and identify what unites them with their Indigenous fellow citizens. This will help to increase understanding and will assist in strengthening the national relationship between Indigenous and non-Indigenous people.

Youth: Today’s young people will shape Canada and the world of the next 50 years. It is important that Canada’s youth receive the tools to do this. Education and youth exchange are two examples of the tools necessary to create tomorrow’s global leaders.

Environment: Canada 150 is a chance for Canadians to reaffirm their commitment to preserving Canada’s natural environment and boosting environmental awareness. Jacques Cartier explores the Gulf of St. Launrence and claims the territory for France France cedes nearly all of its Canadian territory to Britain (Treaty of Paris).

1774
Quebec Act renews guarantees of religious freedom and restores use of French civil law in Quebec. Arrival of the first Japanese immigrant to Canada, Manzo Nagano. 10,000 people of Japanese ancestry had settled permanently in Canada Canada adopts the Maple Leaf as its national flag.

The Canadian Businessman’s Association established in Japan; forerunner of the Canadian Chamber of Commerce Japan.

Image coutesy of the CCCJ Canadian Charter of Rights and Freedoms enacted; the Constitution is patriated. The CCCJ releases a trade policy paper, Capitalizing on Natural Synergies – Towards an Economic Partnership Agreement Between Japan and Canada. Nobel laureate Dr. Frederick Banting, and Dr. Charles Best created one of the most notable and important Canadian discoveries: insulin

Canadian John Hopps created the first electrical pacemaker circuit in 1951. By 1965 it had been refined by other Canadian scientists and was the first biological pacemaker.

Chris Hadfield was the first Canadian Astronaut to walk in space. He has flown two space shuttle missions and served as commander of the International Space Station.

Canadian James Naismith invented basketball to give his physical education students at the YMCA Training School in Springfield, Massachusetts, an indoor team sport to play during the long winters.

Look up in the sky! Is it a bird? Is it a plane? It’s Superman! This famous comic book hero was created by American writer Jerry Siegel and Canadian-born artist Joe Shuster in 1932. 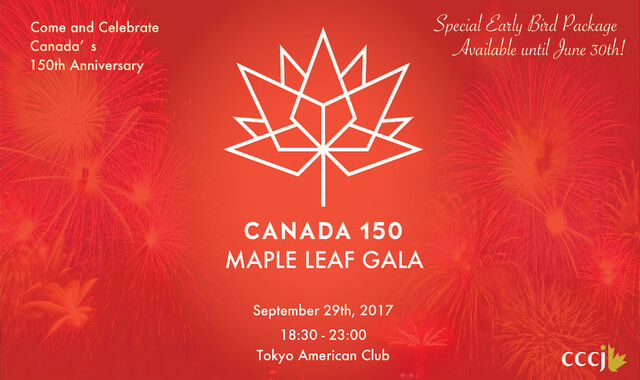 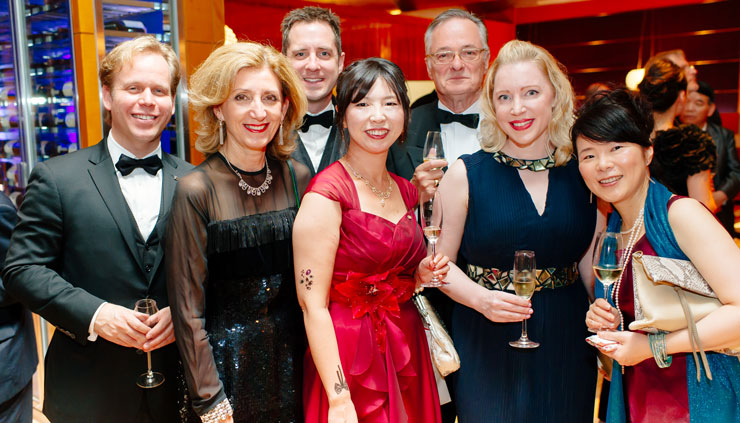 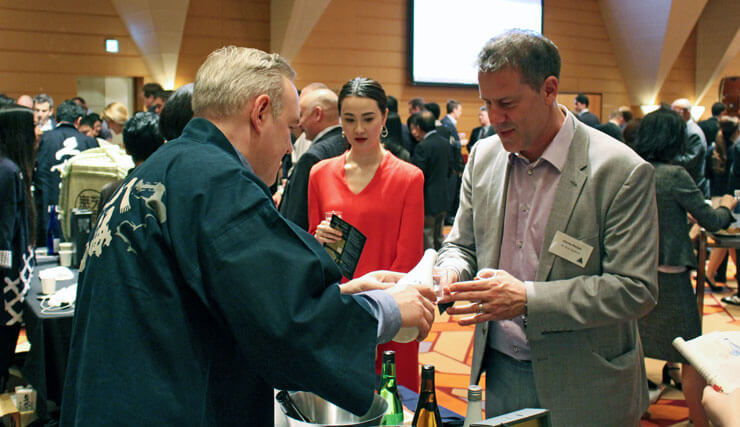 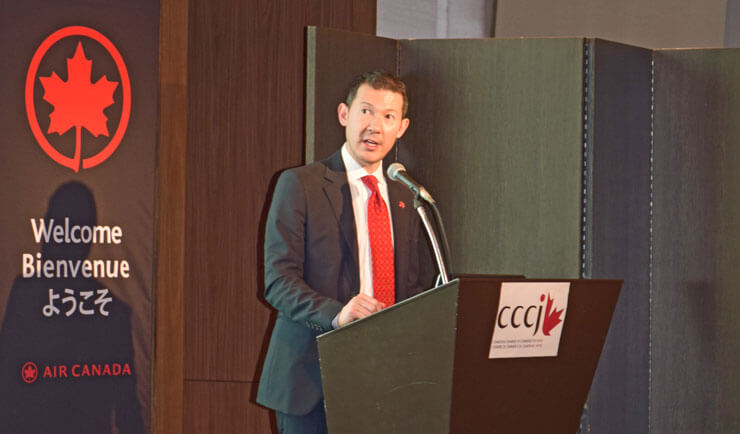