The seeds are a nutritionally dense foodstuff and the entire plant can be utilized in numerous ways, from making clothing to cardboard. Yet hemp suffers from what is perhaps best described as an image problem.

Undeterred by a reputation that they claim is unwarranted and government regulation, a number of Canadian firms see Japan as potentially a very lucrative market. They are seeking to raise the profile of a crop that has, ironically, deep roots in Japanese society.

“Some people are very informed and others confuse it with marijuana,” she told The Canadian. “This is, of course, an opportunity to talk about why hemp is not marijuana, the nutritional benefits of hemp, the history of hemp in Japan and facts — such as that most Japanese who use the shichimi condiment don’t realize they are eating hemp.”

Meier, 32, has attended several Foodex Japan trade shows in recent years, with the intention of communicating the benefits of hemp products to potential Japanese clients and partners.

Meier’s father and uncle started growing hemp on the family farm in 1998 and her father subsequently set up Hemp Genetics International Inc., which is one of the largest pedigree hemp seed companies in North America. The company sells seeds to farmers in Canada and exports them to the United States, Australia, New Zealand and, soon, the European Union.

That was followed up in 2015 with the creation of HPS, which manufactures hemp food ingredients, such as hulled hemp seed, hemp seed oil and hemp protein powders. The company primarily sells bulk hemp ingredients to other food manufacturers, which either package and brand the ingredient under their own labels, or use hemp as an ingredient in other foods, such as protein drinks, bread, pasta and breakfast cereals.

Meier says that what sets the company apart is its vertically integrated supply chain, as well as its strong agricultural background and knowledge of how to grow hemp. HPS employs a team of professional agronomists who work closely with farmers to ensure the best quality hemp grain is produced on the farm. As Meier explained, “quality starts in the field.” The hemp grain is then processed into a variety of bulk hemp ingredients at a Food Safety System Certification 22001-endorsed plant.

“In North America, there is now a strong and growing market for plant-based foods as opposed to meat- or animal-based foods, and particularly plant-based protein,” she said. “Hemp is a balanced and nutritionally dense food source — so much so that hulled hemp seed was sent to the International Space Station as an ingredient for astronauts’ breakfasts!”

Unfortunately, although HPS is selling hemp products in Japan, the lingering misconception that hemp is identical to marijuana has limited business opportunities. And that is odd, given the crop’s long history in the country.

For centuries hemp was a common crop that was used in the sacred ropes that adorn shrines and the ceremonial belts of sumo wrestlers. On a more everyday level, fibres from the stalks of hemp plants were used to produce clothing, as well as in paper and traditional medicine, while the seeds of the plants were used as a spice in cooking.

The ban on cannabis and related products was introduced after World War II, when the primarily American occupation government effectively imposed a new Constitution and laws on Japan that reflected US standards of the day.

The domestic hemp industry has contracted dramatically, from 5,000 hectares under cultivation in the peak year of 1952 to a mere 7.6 hectares of land in 2015. Today, only a handful of individuals still have permission to grow hemp, with 90 per cent of domestic production coming from Tochigi Prefecture.

New regulations that were introduced in 2017 require that a licence to grow hemp must be re-issued each year, while the shortage of labourers in Japan’s traditional farming communities means that it is becoming increasingly difficult for hemp farmers to remain in business.

The Ministry of Health, Labour and Welfare oversees the issuing of licences to hemp growers and the monitoring of imported products to ensure that they comply with local laws. Nevertheless, it is proving hard to shake the stigma that has resulted from the authorities effectively conflating hemp with an illegal narcotic.

Yet there are some small shoots of resistance to the official line. For example, Akie Abe, the wife of Japanese Prime Minister Shinzo Abe, in the past has expressed her support for the domestic hemp farming industry and claimed that she once considered applying for a growing licence.

HPS hopes the signing of the Comprehensive and Progressive Agreement for Trans-Pacific Partnership will reduce barriers, in the same way as has done the signing of the Canada–Korea Free Trade Agreement, which went into force on January 1, 2015. The latter accord has helped sales of hulled hemp to South Korea rise from 5 tonnes a year in 2015 to 1,000 tonnes a year today.

“Japan is a huge market for Canadian products such as maple syrup and beef — and hemp has the potential to be in the same ballpark.”

A number of other Canadian hemp firms are also looking at the opportunities that exist in Japan, with British Columbia-based Food4Change seeking a local partner to help break into the market.

“We do not grow our own hemp seed at the farm level, as we are a food processor and do not have our own farm operations,” said Dane Lindberg, director of business development. “We work with long-time growers and seed cleaners across the Canadian Prairies to bring in only the highest-quality hemp seed cleaned to food-grade standards into our facility.” The firm’s products include hemp seed oil, hemp protein powder and hemp that has had its husk removed, which is known as hulled hemp or hemp hearts.

“Hemp has really grown in popularity in Canada over recent years, leading the charge in the popularity of hemp as a food,” Lindberg added. “While the majority of our hemp business is in Canada and the United States, we have started to expand overseas and we are now exporting to Australia as well. And we are very interested in expanding into the Japanese market, but we have not yet found the right partner to [allow us to] do so.”

Chris Dekker, CEO of the Saskatchewan Trade and Export Partnership, is confident that the outlook is bright for the province’s hemp industry in Japan.

“There is a robust hemp industry in [the province] and I think it is on the cusp of major growth for a couple of reasons,” he said. “The first is that attitudes and the regulatory environment surrounding and resulting from those attitudes is starting to change and loosen up. The other factor is that there is a steadily growing understanding of, and knowledge about, the benefits of hemp, which is an incredible superfood.”

There are about 11,000 hectares of hemp crops in Saskatchewan and about 31,500 hectares across Canada, and the number of licensed growers is increasing every year, Dekker said. And producers are seeking new outlets for their ranges.

“All of them are looking for market diversification,” he said. “Their first market is Canada and we sell a lot at home, but we are shipping a lot to the United States now, a lot to Europe and there is a major market emerging in South Korea as well. I think Japan can be a substantive and growing market for hemp.”

And Meier is equally upbeat about the opportunities in Japan. “I think hulled hemp seed could work very well in the Japanese market as it is the perfect complement to rice or a topping for many foods, adding significant nutritional benefits such as omega-3, 6 and 9 oils, which are the healthy oils usually sourced from fish,” she said. “In addition, it is packed full of easily digested protein, vitamins and minerals. 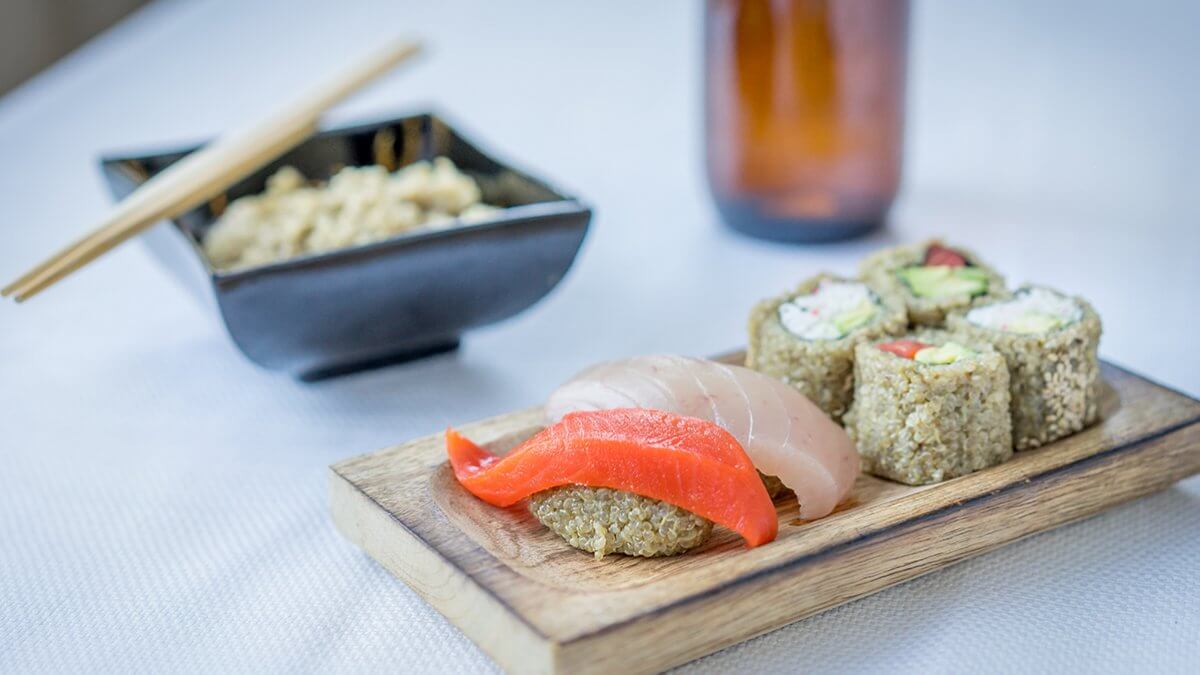 Catching up with Canadian exhibitors at Asia’s largest food show