Under the terms of the Comprehensive and Progressive Agreement for Trans-Pacific Partnership (CPTPP), the first tariff cuts on a wide range of Canadian exports to Japan went into effect on December 30. A second round of reductions were implemented on April 1. And with Canada’s agriculture, food and drink sectors among those expected to benefit the most from the new trade pact, there was newfound optimism and expectation among companies taking part in the Foodex Japan 2019 event in early March.

Held over four days at the Makuhari Messe convention center in Chiba Prefecture, the expo is the largest food show in Asia and traditio­nally attracts a strong Canadian presence — perhaps even stronger this year, thanks to the new trade pact. As the chief negotiator for the Canadian government department Agriculture and Agri-Food Canada, Aaron Fowler, explained in a seminar at the event, the elimination of tariffs under the CPTPP will make it “more cost effective for Japanese com­panies and consumers to purchase Canadian agri-food products.” At the same time, the agree­ment gives Japanese consumers increased access to a range of products such as meat, grain, oilseed, spirits and seafood, and makes it easier for food manufacturers here to source Canadian ingredients. 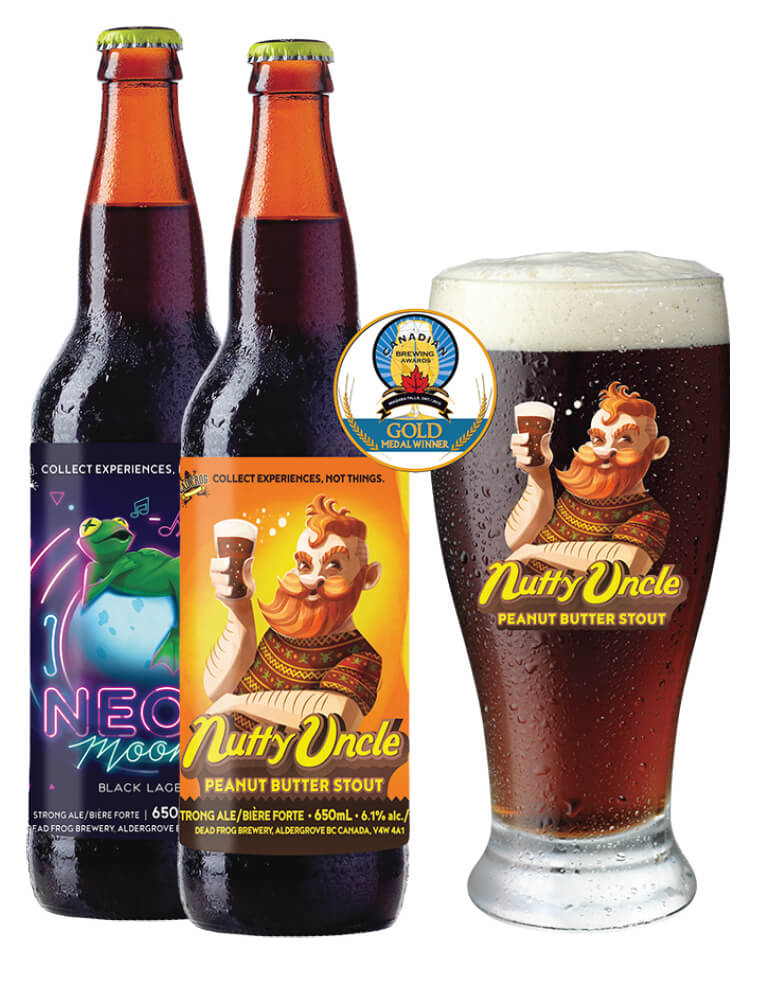 This year, the show drew many companies that were coming to get a sense of the Japanese market’s potential. “It is the first time that we have been able to come to the show — and the reaction has been a lot better than I expected,” said Simon Chiu, marketing manager for Pacific and Beyond International, which represents a number of craft breweries in western Canada.

“There is one guy who seems to come back every half hour or so for another sample. He says he’s a buyer, but I’m not so sure,” he added. “I think he just loves Canadian beer.”

Chiu explained that Howe Sound Brewing, Hearthstone Brewery and Dead Frog Brewery — which rejoices in the tag line, “Nothing goes down like a cold Dead Frog” — have helped domestically to put British Columbia on the leading edge of the Canadian craft beer movement. The task now is to spread the word.

“Whenever you go into a new market, it is inevitably going to be culturally a little di­fferent, and Japan is the same,” he said. “We know that Japanese people typically drink lighter, lager-style beers, but we also understand that craft beers are catching on here and we are hopeful that we can tap into that.” Favourites with potential partners included Howe Sound Brewing’s Hazy Daze Northeast IPA and Sky Pilot Northwest Pale Ale, as well as Dead Frog Brewery’s Nutty Uncle Peanut Butter Stout and Neon Moon Black Lager.

“Ideally, we’re hoping to be able to identify an importer or a distributor while we’re here and I think that we have a few solid leads that we can follow up on,” he said. Chiu was upbeat about his Foodex experience: “Looking at the market here, I think the opportunities for our brands are nearly endless. A lot of people love Canada and a lot more love beer. I’m really optimistic.”

Also looking to forge a presence in Japan were Gaetan Lefebvre and Gaël Mordac, foun­ders of the L&M Distillery in the Québec city of Trois-Rivières, which markets Canadian-inspired gin, whisky, rum and brandy. “The spirits industry in Japan is very interesting because they have some very big domestic names already — Suntory Yamazaki and others — but this also means that consumers here like high-quality products,” Mordac told The Canadian.

The L&M Distillery only started pro­duc­tion last year, but their L’if Gin is riding on the global boom in gin. Meanwhile, maple syrup — that oh-so-Canadian ingredient — has been worked into the recipes for their La Baraque whisky, Élixir des Bois sugarcane rum liqueur, and Le Caribou des Bois brandy and maple syrup liqueur.

“We insist on making our spirits in a very artisanal way, not on an industrial scale, and we want quality to be our main selling point — that’s something that we believe resonates well with Japanese consumers,” Mordac ex­plained. The company is looking for a dis­tri­bu­tor who can help it develop a following through high-end retailers, bars, restaurants and hotels. He said that one lead, an importer of Champagne, was already looking promising.

At the show, he had his eye out for a partner who could help express what makes the spirits special: “For us, the language barrier is a pro­blem, so we need someone here who knows the market and who can explain the quality of the drinks and the unique Canadian botanicals that we use in the gin — like Labrador tea.”

“Looking at the market here, I think the opportunities for our brands are nearly endless.”

A number of companies, notably Edmonton-based Siwin Foods Ltd., already have a presence in Japan but were hoping to use Foodex to raise their corporate profile and generate new business. “We have a deal with Costco [Wholesale Corporation] and we have been bringing some of our meat products into Japan for nearly a year now,” said Gord DeJong, vice president of the company.

“This is the third time we have been at the show and it’s good to be here again because you can really feel the quality of the foodstuffs that are on display here,” he added. “We are hoping to identify a distributor who can take us to the next level in Japan and we know how important it is to have feet on the ground to do business here.

“But we believe the potential here is massive,” he added. “We know that consumers here like our sausages, and they like the Canadian pork and mozzarella. Our chef estimates he is handing out around a thousand samples a day so far.”

Of all the food companies displaying their wares at Foodex, perhaps Top Tier Foods Inc. had the most interesting concept for the Japanese market. Headquartered in Vancouver, the company uses quinoa grown in Saskatchewan in a range of products — and is particularly keen to have the superfood recognized as an alternative to white rice for sushi.

The company’s Sushi Quinoa is the first quinoa ever developed specifically for the sushi industry. It is cooked in exactly the same way as rice, but being stickier, it is ideal for an outer layer of a maki roll, or other types of sushi. The product was launched in Canada in 2018 and is available at a number of the nation’s largest sushi chains. Top Tier Foods President Blair Bullus is looking to take his product to the home of sushi. “We now have some of the top sushi chefs in the world using our quinoa, so we have proof of concept from both sides of the industry,” he said.

Bullus is working with Costco to develop the idea, as well as a major Japanese food company interested in creating more food­stuffs that incorporate healthy ingredients. “It would be very hard to sell Sushi Quinoa as a direct replacement for white rice, so we are encouraging people to try it as something that is unique and different, to offer a new take on sushi,” Bullus explained. He said that one way to do that would be to break into the market for onigiri rice balls that are sold at 24-hour convenience stores.

“And we have got a lot of people interested,” he explained. “People who try it are shocked at how similar it is to rice in terms of the texture and the flavour, and they are also surprised at just how easy it is to use.

“The task for us now is to continue building the personal and business relationships that are so important to being successful in Japan,” he stated. “We know it can be a long process, but we’re ready for that.” 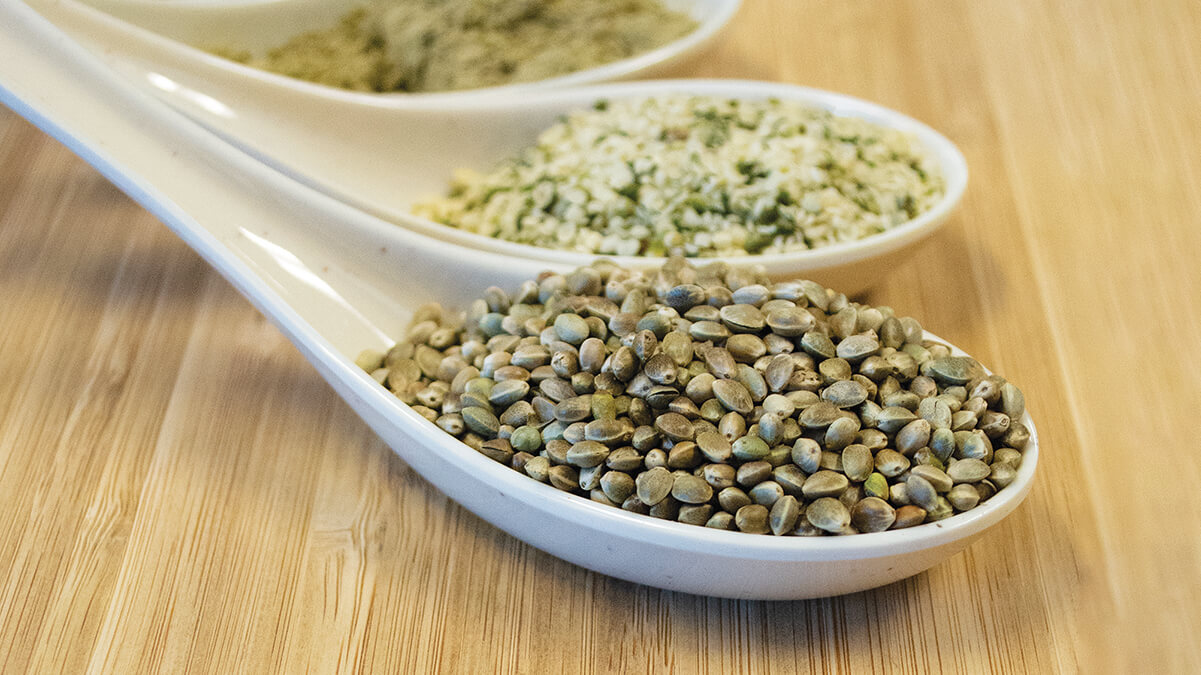