Japan has a tech-savvy consumer base who are keen to try out new technologies and a large number of high-net-worth individuals. Meanwhile, the Japanese government is interested in becoming a market leader in emerging financial sectors. These factors, B. Matthew Hornor believes, make this country the ideal place for DLTa21 to launch its cryptocurrency exchange.

Founder and executive chairman of the Vancouver-based global blockchain investment bank behind the initiative, Hornor is confident that the early teething problems that the industry has encountered are being solved and that the venture, in collaboration with Coinsquare, the hugely popular Canadian trading platform, can become a market leader in Japan.

“With a strong foothold in the market, a solid customer base and a product that is differentiated from everyone else in Canada, we think we have an attractive combination, which will enable us to form bridges with Japan,” Hornor told The Canadian.

Hornor studied East Asian languages and cultures, as well as economics at USC and first came to Japan in 1990 on an exchange program with Tokyo International University. Afterwards, he went to Tohoku University in Sendai on a fellowship from the Japanese Ministry of Education. After re­ceiv­­­ing his Juris Doctor from University of Virginia Law School he received a second fellowship from the same ministry, this time to study at the law department of the University of Tokyo. Recognizing that Japan has twice supported him in higher education, he has sought to pay back this support by finding mutually beneficial areas for business cooperation between Japan, other nations and multinational institutions.

“Japan now has the chance to step in and lead the world in this new technology.”

In 2005, Hornor joined the Ivanhoe Group, a natural resources-focused international conglomerate, after working for an inter­national law firm based in Tokyo. It didn’t take him long to see the opportunities that were emerging in the nascent crypto­currency sector.

“I was representing a number of clients in the dot-com space as a licensing lawyer and I saw a lot of the early movers in that sector lose people a great deal of money,” he explained. “Too many of them just didn’t have a plan, a model or even the experience, and they ended up being costly mistakes for investors. Law firms and banks went out of business because of bad dot-com investments, simply be­cause the fundamentals were not being met.

“The cryptocurrency space has emerged dramatically — more quickly than the dot-com market did in the 1990s — but the Canadian market really only came alive last year,” he said. “Inevitably there have been ups and downs in the market, but that is partly because the fundamentals were not fully in place.”

The key to long-term success, Hornor believes, is a cryptocurrency backed by something of value.

DLTa21 invests in the most promising global distributed ledger technology (DLT) participants and crypto infrastructure. Working with innovators in the block­chain space, the company says it is committed to the intelligent allocation of capital in ways that support DLT as an emerging asset class. The company supports startups in building the most sustainable business models through globally networked incubator and accelerator programs which, in turn, enable DLTa21 to identify DLT startups with the potential to offer the best returns to investors.

In Japan, DLTa21 is focusing its efforts on one of the world’s largest cryptocurrency markets while supporting Japanese and international blockchain innovators that are going global. Japanese companies are now “fully embracing the potential of distributed ledger technologies,” the company said, either by adopting DLT themselves or investing in DLT startups.

“While these are still the early days, cryptocurrency tokens could be the next evolution — and we now see the market evolving from a general interest to a real interest in applications that drive real economic activity.

“The sector continues to grow, but not with the same vigour as we experienced at the end of 2017,” she admitted. “The runup was a little too fast and this pullback is needed for the required advancements to take place.

“Some of the brightest minds around the world are working on the challenges surrounding cryptocurrencies, which is not only encouraging but also extremely exciting,” she added. “We may not yet be at the place where everyone ‘can do things on the blockchain,’ the way we hear in marketing messages from some companies, but we are solidly in the investment stage of this technology, with major companies around the globe investing, and leading consulting firms researching its potential impact.”

Carr played down negative coverage in the media, including stories about cyber-thefts of cryptocurrencies and allegations of North Korean meddling.

“The reality is that a tiny fraction of bitcoins and other cryptocurrencies are tied to crime,” she said. “We’re seeing a young industry with a lot of opportunity and with that will come some people who want to exploit it. That being said, as governments around the world put forth regulatory frameworks — Canada included — we will see a better understanding of cryptocurrency come to the market.”

Coinsquare has announced plans to launch in Europe towards the end of the fourth quarter of 2018, but is investing a lot of time and effort into cracking Japan.

Hornor is confident that the market will gain further ground as consumers become accustomed to the technology, in the same way that people have grown to embrace Uber or Airbnb.

“In Canada, the market in recent months has been subdued but we are seeing investors beginning to scale back onto the market and I expect that to continue as everyone becomes more confident in this form of investing,” he said. “And while a lot of tokens are not backed by good ideas and will fail, there are some really cool ideas out there. We can get behind those and succeed in the long term.

“Although there have been teething problems and many people still don’t understand cryptocurrencies, it is only a matter of when — rather than if — they become accepted.”

Japan is a particularly appealing market, Hornor added, because its government wants to become a world leader in the sector. This is possibly because there is a sentiment that Tokyo has lost out to cities such as London, New York and Hong Kong in other financial sectors, and this is its opportunity. The fact that the Chinese government has banned the use of cryptocurrencies eliminates one of Japan’s largest potential rivals in the sector. 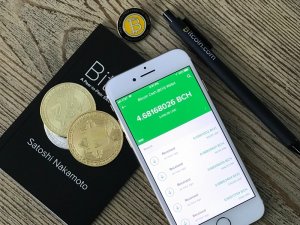 Bitcoin trading in Japanese yen accounts for more than 60 per cent of the crypto­currency’s daily volume, Hornor points out, and regulations on the sector here are well developed and stringent. However, it is inevitable that these regulations will also evolve over time as the technology grows and expands. Hornor welcomes that oversight of the industry, as it will protect the legitimate businesses and weed out those with weak or defective products.

As well as the cryptocurrency exchange, DLTa21 plans to introduce one of the most secure crypto-wallets in the world, which will use biometric scanners and layers of protocols to protect it from hackers. The platform will be launched under the DLTa21X brand name once it has got all the regulatory approvals required in Japan.

But it is Japan’s consumers who will ultimately drive the business, Hornor said, and his personal and business experience here are telling him that DLTa21 is going to lead the drive towards greater acceptance for a new generation of money.

“Cryptocurrencies resonate with the younger crowd and the government here wants to be the market leader, meaning this is an opportunity for Japan to become a new global financial center,” he said. “Japan now has the chance to step in and lead the world in this new technology.”

Shopify may be new to Japan, but it’s already making its presence felt