On July 1, the Canadian Chamber of Commerce in Japan (CCCJ) held its 39th Annual General Meeting (AGM) at HyLife Pork Table in Daikanyama, Tokyo. The event also marked a milestone: it was the CCCJ’s first virtual AGM — members joined online, and they could comment on the proceedings throughout.

CCCJ Chair Neil van Wouw convened the meeting and announced the new members of the Board of Governors. There were six vacancies on the Board, and 14 candidates ran for the positions.

Sixty-one per cent of eligible members cast their votes. The newly elected governors are: Machiko Asai, Marc Bolduc, Ai Nakagawa and Aaron Reist. David Brulotte and Gordon Hatton were re-elected. The governors will serve a two-year term. A hearty thanks was extended to the two outgoing governors, Warren Arbuckle and Kiyo Weiss, for their many years of dedicated service.

Gordon Hatton, treasurer and chair of the Financial Administration Committee, presented the audited financial statements of the 2019–2020 fiscal year.

Financials for the chamber are quite strong compared with those of the previous fiscal year. Assets are up 9.7 per cent, liabilities down 16.7 per cent and expenses declined 11.9 per cent. Hatton noted that the Maple Leaf Gala held in February was a strong performer, and had contributed greatly to revenue. He added that moving the CCCJ office to Blink has been a positive step: the terms of the office space had been negotiated quite favourably and events can be held there once the new normal allows for a return to in-person events.

“Our engagement has been increasing over the year, and diversity is increasing as well.”

Van Wouw then delivered his annual report. He explained it had been quite a year — starting with high expectations for everything that would come with the Tokyo 2020 Olympic and Paralympic Games and now grappling with the fallout of Covid-19. Shortly after the chamber had moved to new premises in March, the CCCJ office team of Matt Ketchum and Marie Ohashi started teleworking and are only now returning to the office.

Despite the difficulties of the past months, van Wouw explained that the chamber is doing very well: “Our finances are stable. Our membership is stable. Our engagement has been increasing over the year, and diversity is increasing as well.”

He added that committees have been more active in the past year, including the Pub-li-cat-ions and Communications Committee, chaired by Governor Annamarie Sasagawa; the Events Committee, headed by Noriko Ishida; and the Gala Committee, co-led by Donovan Gordon and Miles Roque. Van Wouw called attention to the launching of several new initiatives and committees, including Aaron Reist’s work on an investment guide; Joey Woo’s launching of a Wellness Committee; Riyo Whitney’s inauguration of an Education Committee; and the soon-to-be launched Canada Experts on Call, headed by Jackie F. Steele.

To create greater diversity in the makeup of the board, van Wouw explained, the chamber has put in place formal structures that will help guide it and perhaps even be added to its constitution.

He then pointed out a number of successful events and endeavours with which the chamber has been involved. These include Thanksgiving at Tokyo American Club, watching the Canadian elections live, the Business Council of Canada’s visit to Tokyo, and the visit of Québec Minister of Economy and Innovation Pierre Fitzgibbon. But perhaps the moment that stands out most is the collaboration between members of the CCCJ and Rugby Canada, as they worked together to help clean up the Iwate Prefecture city of Kamaishi, following the typhoon which caused the Canada vs. Namibia match to be cancelled. He said that these were moments that the chamber should look back on with pride.

Already, Ketchum and Ohashi have held a series of online coffee and tea breaks, and the chamber has hosted a few well-attended webinars. Look for even more in the months to come. 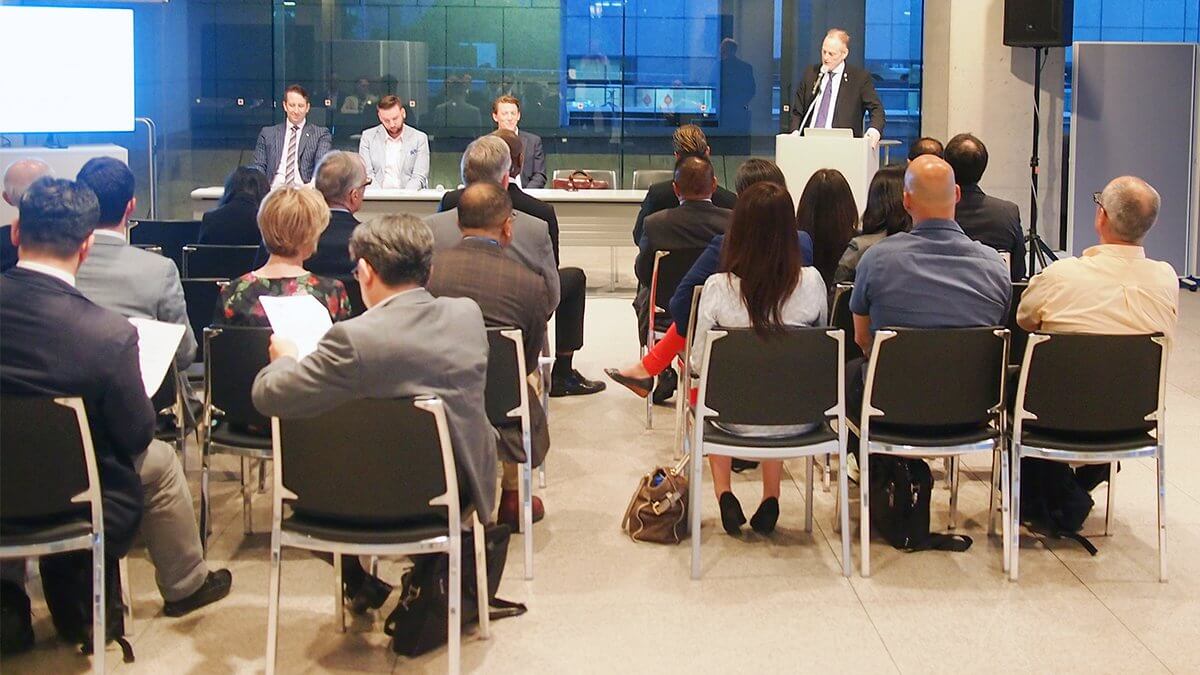 The state of affairs in the “most inclusive” chamber