Canada-Japan ties extend beyond the powerful connection of trade pacts. There is also a wealth of strong cultural and other bonds.

One of them is the relationship that exists between the Canadian Broadcasting Corporation (CBC) and Nippon Hoso Kyokai (NHK). For more than two decades, NHK has been recruiting mid-career CBC journalists to work with them for stints of two to four years. During this time, they go on leave from CBC and become NHK employees, afterwards returning to their former positions.

The title for these visiting journalists has changed over the years; once called specialists, they are now known as consulting producers. Their responsibilities vary from helping revise scripts and providing vocal coaching, to going out on location and covering stories. While they work full time for NHK, they can also file stories, as freelancers, about Japan for CBC.

HAVE WORDS, WILL TRAVEL

Greg Reaume, managing editor at CBC News, is in charge of the program from CBC’s side. He explained that, when there are new openings, NHK notifies CBC, which puts out an announcement regarding applying for the program. After having lodged their initial applications, successful candidates take tests that include script rewriting and general knowledge about Japan and Asia. Then they are interviewed in person by NHK staff who visit Toronto.

Reaume said that the program gives CBC journalists the rare chance to work overseas: “We have a lot of staff that like the lure of working in foreign bureaus, but we don’t have that many foreign bureaus or opportunities to work abroad. So a lot of our staff find the idea of going and working in Japan — notwithstanding all the challenges — quite appealing. From our point of view, it’s a great outlet.”

Given the distance involved, Reaume is impressed by NHK’s dedication in coming to Toronto to do the interviews in person. “They always make a point of coming; I’m kind of surprised. I would have thought that it’s quite expensive, and you could do it remotely these days. But they take it very seriously and they want to actually meet with the candidates and make their assessment that way.”

He explains that NHK is looking for a mix of qualities in the journalists that they choose: “They want people who are smart — great journalists who are responsible. They also want people who communicate very well and get along well with people, because I think they’re well aware that Japan is a very different kind of cultural setting. There are patterns of behaviour you need to become familiar with and adapt to. So they’re looking for people who have that kind of natural cultural sensitivity when they interview them. But by the same token, they want people who are after this kind of adventure.”

Reaume believes that the success of the program is based on the quality of the CBC journalists and the sense of trust that has developed over the years: “It’s mutually beneficial. That’s why it’s survived for quite a long time now and I think it’s going to carry on. NHK really appreciates Canadian journalists. I think they trust us, and they think that our journalists are well trained. And, quite honestly, I think our Canadian journalists do travel well. They are open to new cultural experiences. They are flexible.”

“I think that the reason why Canada has this partnership with Japan is that we feel some similarities … we have this kind of polite kinship.”

Minori Takao, a news anchor at NHK, has been working with CBC journalists since 1995, when she anchored her first radio news program alongside a CBC co-host. She explained that the program dates back to the time when NHK World-Japan only broadcast on shortwave radio, and began as a response to the needs of the anchor group. In the 1990s, NHK anchors were all Japanese, and required coaching to help them read the news in English.

She said that NHK has always sought out journalists who can work in a fast-paced environment: “We look for people who are good at handling breaking news because our newsroom operates round the clock and we need to be on our toes all the time.”

She added that, along with their journalistic skills, the consulting producers’ fresh outlook also helps NHK frame its stories more appropriately for global audiences. “The CBC specialists have helped to bring different perspectives to news and other stories that happen in Japan or other parts of Asia. They ask questions about topics that may be obvious to an Asian person but not to people outside of the Asian region.” 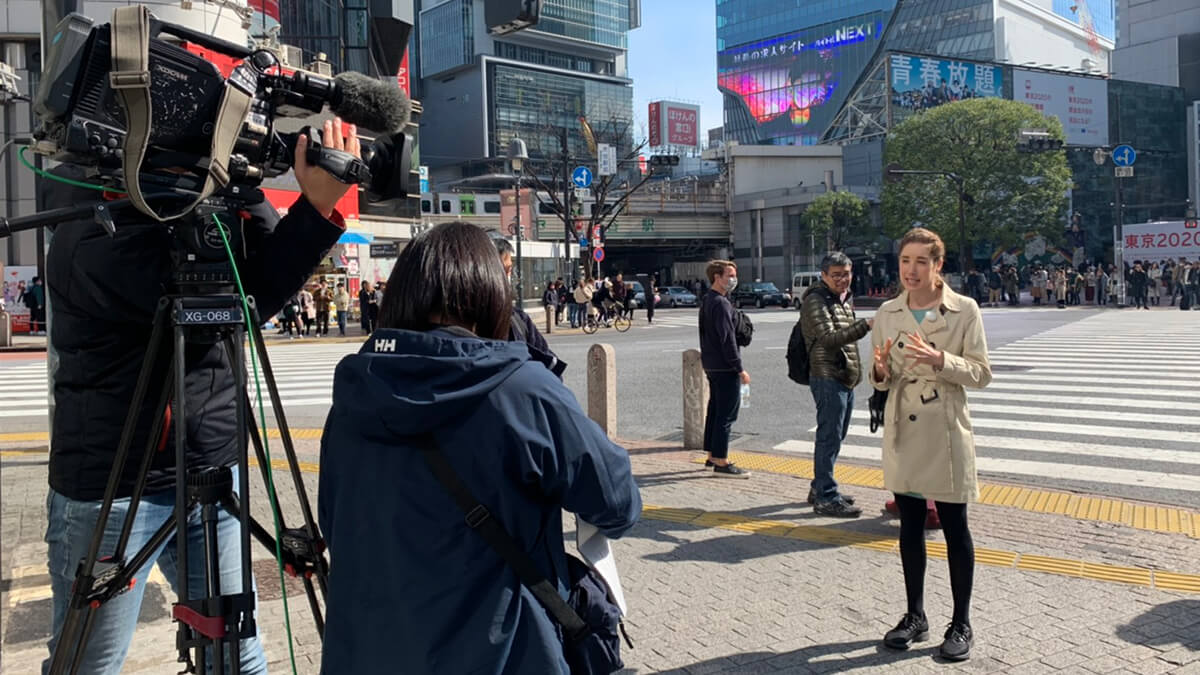 One of the four current consulting producers from Canada is Katie Starr, who is originally from Cambridge, Ontario. She was at CBC Ottawa for four years before coming to work at NHK, and has been here for a year.

As she explained, her responsibilities are varied: “We help out with everything: we oversee a lot of the newscasts and the line-up, and we basically give advice to anybody on anything. Specifically, we’ll work on projects and certain stories and help develop a structure. We teach a lot of journalism workshops, for NHK domestic journalists, about Western storytelling in a broadcast news tradition.”

She said that she notices two major differences between the styles of Japanese and Canadian journalism. “One is that North American journalism uses much more context. We really spell everything out for the viewer back in Canada. Whereas in Japanese broadcasts, so much of it is implied. They believe the audience already understand things, so they don’t need to talk down to them.”

“I’m learning Japanese right now and I think this difference is partially linguistic,” she added. “You don’t need to give a lot of context because there’s just so much implied in the language, whereas with English, you have to say everything and be extremely blunt and make sure that people understand, because we have a low-context language.

“Another difference that I think they can struggle with, and which we try to really lay that groundwork on, is short and snappy journalism. They tend to play really long sound bites. And I think that’s the domestic Japanese tradition. They’ll easily have a one-minute-long sound bite of [Prime Minister Shinzo] Abe. Whereas in Canada, back in Ottawa, I worked on a television show, and it was always about the seven-second sound bite.”

Despite these differences, though, Starr sees her job as one of striking a balance. “We’re not here to tell them our way is the best way. We really want a compromise, where everyone feels comfortable, although being pushed slightly out of their comfort zones. And we are coming up with a broadcast that is more along the lines of Western traditions. But we are very respectful of the Japanese tradition as well, and understand that there’s no wrong way or right way.”

She also remarked on the interest that her colleagues show in her take on world news stories. “I noticed people at work are really interested in asking questions like, ‘Oh, what do Canadians think about this?’ As a Canadian, we kind of get overshadowed by the United States. But [Japanese] are very much interested in the Canadian perspective on the news.” 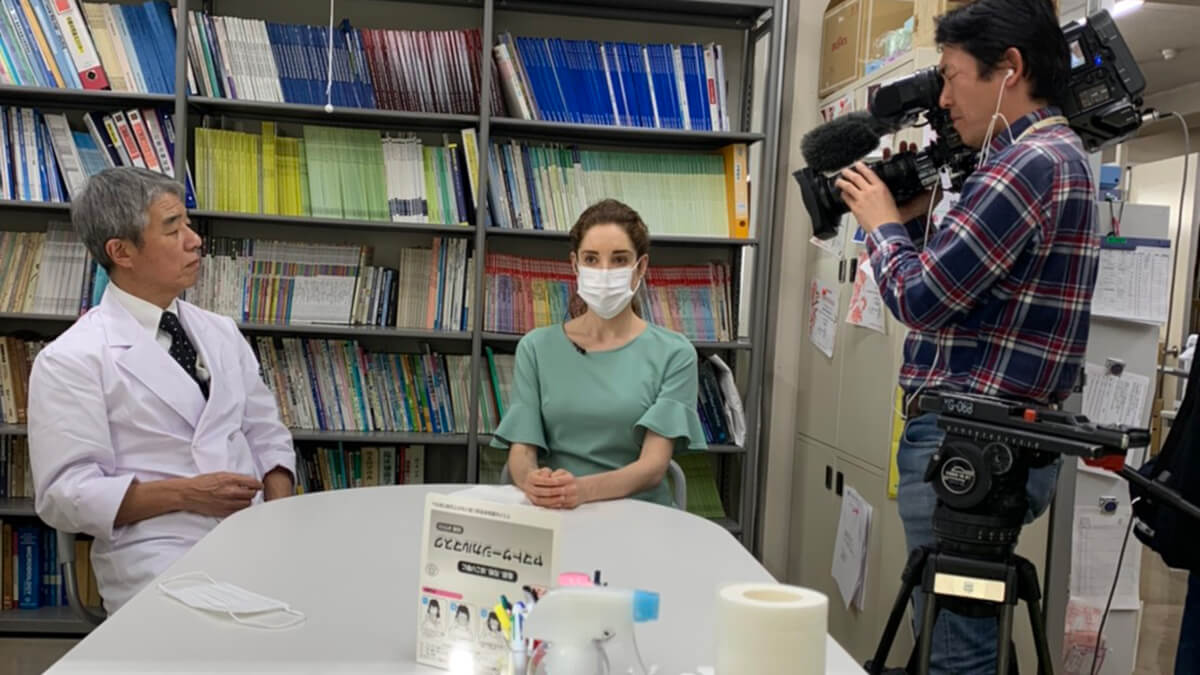 Elyse Skura is another consulting producer currently at NHK. She grew up in Toronto and had worked at CBC for seven years — including three years in Iqaluit, Nunavut — before coming to NHK. Like Starr, Skura has also been at NHK for a year.

Coming from experiences where newsrooms could be much smaller, Skura is struck by the number of people who are involved in the production of a story. “One big difference [between CBC and NHK] is how many people are involved in decision-making. And you do see that on a day-to-day basis, which is surprising at first, because it seems to take longer to make a decision. But it’s really interesting in a news capacity, because you get so many different people and perspectives talking about a story.”

Like her colleague, she sees areas where the NHK team can improve as far as Western journalistic approaches go. However, she feels that the ideas that they are sharing are filtering throughout the newsroom. “It really depends on the person because one of the things with the newsroom is that, often, there are new people who come in everywhere. Of course, there are those people who’ve only ever worked in another Japanese newsroom. So with them you’re starting from scratch. But even then it gets easier because there are so many people in the newsroom that are already familiar with the concepts we’re using and understand — so they themselves are passing along that knowledge and helping make our job easier.”

Skura believes that there’s a natural affinity between her and Japanese colleagues, which ranges from personal temperament to preferences in news style: “I think that the reason why Canada has this partnership with Japan is that we feel some similarities … we have this kind of polite kinship. And I can’t think of a society that feels as different from Japan as the US, for example — it’s much more in your face. So definitely, I feel like when I’m talking to them about stories, I might show them an American example, and I’ll show them a Canadian example. They’ll see so much more in the Canadian example … it seems like it just feels a little more comfortable for them.”

Of course, part of Skura’s job is to bring a Western perspective to the newsroom, but a particularly Japanese element of work culture has made a major impression on her. “I love going to work. And when I finish my work every day, I go to every person that I’ve worked with that day and say, o-tsukaresama deshita! I can’t imagine working in Canada and going to every person I work with and saying, ‘good job today.’ Having that moment of gratitude is beautiful.”

“We really want a compromise, where everyone feels comfortable, although being pushed slightly out of their comfort zones.”

Some of the consulting producers decide to stay in Japan after their stints end. One of them is Marc Carpentier, who first came to work as a specialist at NHK in 2000. He was with Radio Canada in Vancouver for 10 years before coming to Japan.

Over his time with the broadcaster, he’s seen the focus of NHK World shift from shortwave radio to TV broadcasts, and the audience of NHK World change over the years, from Japanese people living abroad to global audiences.

Since deciding to stay on with NHK, he has worked in a number of different capacities, advising in the newsroom, rewriting stories, as-sist-ing the PR department and training announcers. He has also reported for NHK World News, produced material for non-news programs on NHK World, and been a writer, host and adviser for a documentary series called J-Tech, which focused on developments in Japanese technology. Currently, he trains NHK World anchors and reporters in vocal delivery.

Carpentier looks back fondly to his time as a specialist, seeing it as an introduction to life in this country. “I enjoyed living in Japan, and [staying on] was an opportunity for me to learn how to live on my own, independently, in Japan. You know, I had come as a specialist on invitation by NHK and so I was very much supported by NHK in everything I did, and it was wonderful because, when we come here for the first time, we have no experience of life in Japan. Getting around at first is a bit challenging, to put it mildly. At the end of those four years, I became independent, but I had enough experience from my time that I was very eager to keep living in Japan and learn how to swim on my own. I pursued it and the longer you stay here, the more difficult it is to leave.” 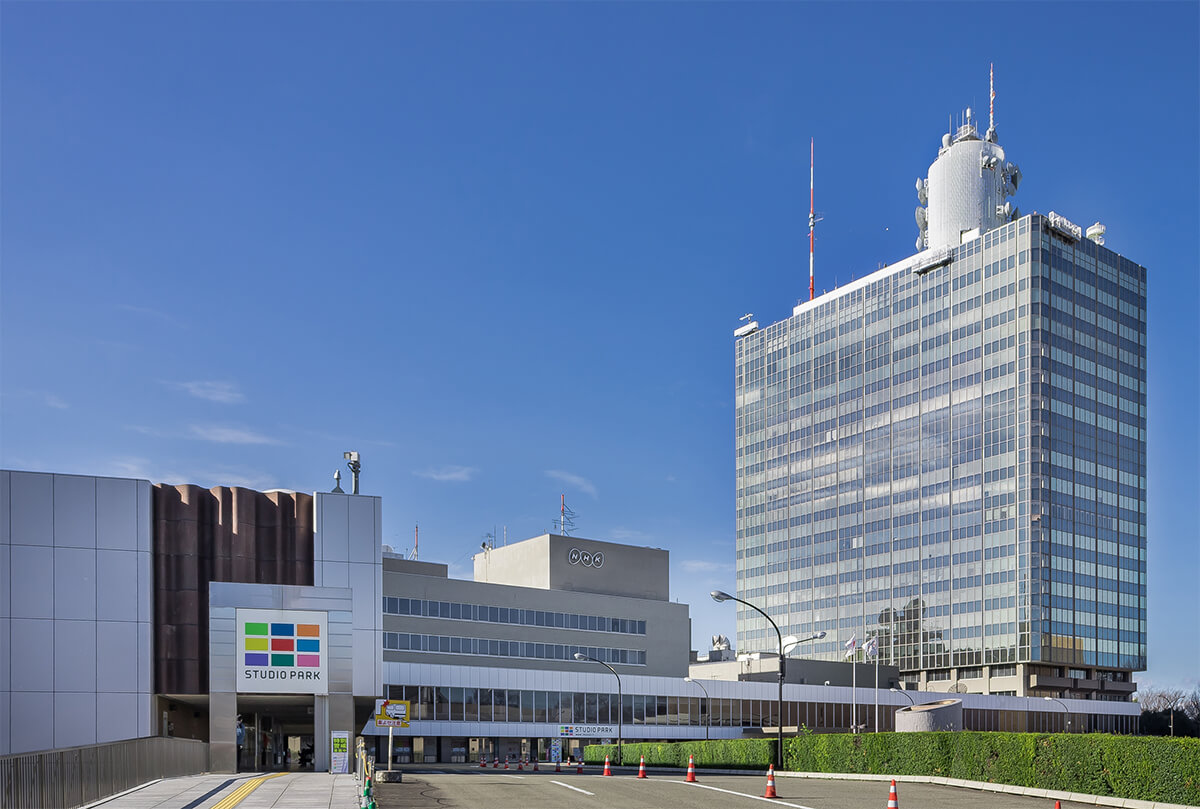 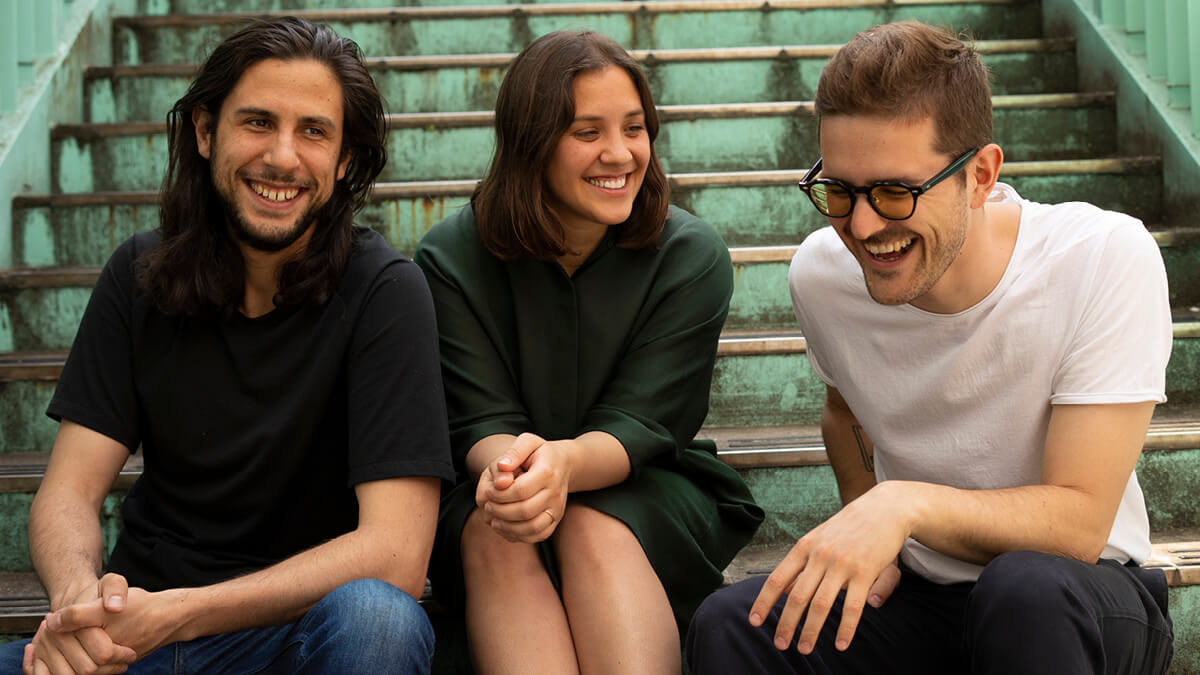