Janie Chartier is the practical, highly organized part and Xavier Tera is the creative and visual one. And that, for the joint founders of multimedia production house Twin Brains Films, works just perfectly.

“Our work is in two quite different spheres, and that requires different expertise, but we’re also very collaborative in our approach to projects,” said Chartier, 30, who is from the small Québec town of Ville-Marie.

That union has already proved effective during spells living and working in Los Angeles, Paris, London and New York, said Chartier, although they are both glad they decided to take a chance and set up shop in Tokyo in May 2017.

“We had done a project in Canada with Wired Japan and we had both already worked extensively outside of Canada before we decided to come here,” said Chartier. “We came to Tokyo for a month in 2015 on a vacation and we thought it was so exotic that we could live here one day.

“But it was also the challenge we wanted,” she said. “We wanted to prove to ourselves that we could move to a completely different culture and succeed. We knew it would not always be completely straightforward — the language has been an issue. We also under­stood that it would take time to build a client base and we were aware that it takes time in Japan to build relationships. But we also knew that, once you have those ties, then the people you are working with are more loyal and committed than elsewhere,” she said.

That fits just perfectly with Twin Brains’ ethos, said Chartier, who studied business and finance at the University of Ottawa’s Telfer School of Management. “We have met a lot of creative people here in Tokyo — at events or just sitting in cafes — and it seems to us that everyone here is open to meeting other similarly minded people and creating a community, which is of great interest to us,” Chartier said. “People here do not seem to be afraid to get out of their comfort zone.”

And the work has flowed smoothly as well. Tera, from Montréal, is putting the finishing touches to a book about The Clove Club, the cutting-edge restaurant that has earned a reputation for serving an innovative British menu that uses often-overlooked ingredients. Twin Brains’ recent clients include Bombardier Inc., the Montreal-based aerospace company; fashion magazine GQ; yoga equipment firm Lululemon athletica inc.; Mazda Motor Corporation; Lindberg eyewear; and Air Canada.

Currently, the team is working on a pan-Asia campaign for the largest insurance company in the region, headquartered in Hong Kong, that has involved shooting footage in Tokyo and Singapore to create 150 vignettes — anything from a child diving into a swimming pool to an old man celebrating his birthday — that will be used in the company’s advertising campaigns across Asia.

Recognition of the pair’s work has come recently in the form of a Webby Award — the internet industry’s equivalent of an Oscar, which is presented annually by the International Academy of Digital Arts and Sciences.

“We were out on another project when we found out — it was a great feeling to be recognized by the industry, especially as we were not expecting it at all,” said Chartier. “And the fact that the award was from the grand jury means that it really matters. It is a great honour.”

The award was for a film that Twin Brains made that charted the day-to-day life of a baker who has supplied all the bread for the restaurants of the Eiffel Tower for more than 40 years. For this episode of a 10-part series for the Tastemade television network, Chartier and Tera spent three months documenting the baker’s life and distilling it into a three-minute short that completely captures the essence of the baker’s craft and the pride that he takes in his work.

Closer to home, they have been collab­orating with Quartz Co., the manufacturer of high-end winter coats, for the Québec company’s initial foray into the Japan market. “Our goal, when we first came to Japan, was to help businesses in Canada, the United States and Europe to come here and to be known,” said Chartier. “And we have shown that there is still room in this market for companies like ours to come in and help those firms access Japan.”

Twin Brains being here is also helping the creative industry back in Canada, she points out. “Advances in technology, even in the last few years, have enabled us to work with people anywhere in the world and that has been really positive for the creative industries,” she said. “We can do work in Japan and pass it on to people we are working with in Montréal, for example, and it’s ready for us again when we wake up in Tokyo the next morning. It’s like we’re working on projects 24 hours of the day.”

Montréal and Québec are “a gold mine of creativity that is virtually untapped,” said 26-year-old Tera. Much of Twin Brains’ post-production, editing and colour grading takes place in the region. And Tera and Chartier say they are more than happy to share their projects and support all the “talented people” in Canada who are making a living from the sector on a global level.

The company is consistently busy, but the most intense phases come and go according to clients’ needs, said Tera, although he is also involved in a feature-length film with Necki Kesraoui, a long-time collaborator.

“We have written the whole movie — which is based in Texas and is inspired by the identity crisis felt within a Japanese-American family — and we are now looking to work with someone on the screenplay,” said Tera. The aim is to have the completed film shown at international film festivals and to secure a distributor, although existing contacts should mean that distribution in Canada is straightforward.

Meanwhile, there are more than enough projects to keep Twin Brains occupied.

“We have been surprised at just how many opportunities there are here and I’m very confident that even more will come up as we grow,” he added. 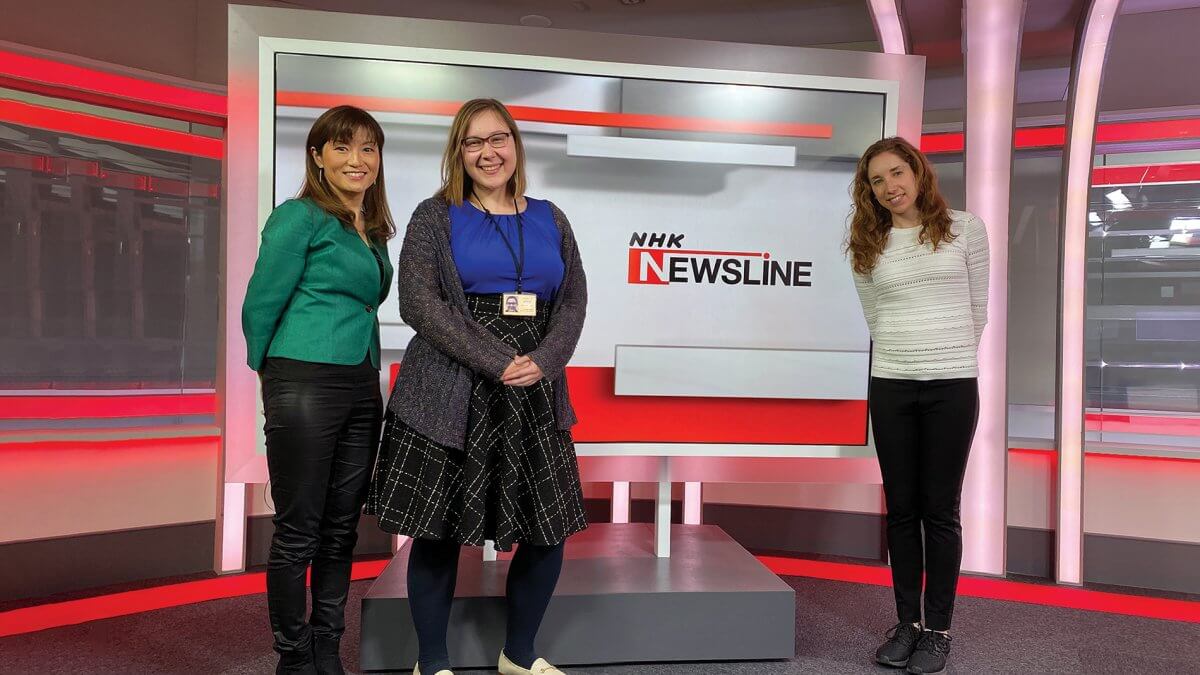