The plastic straw has become symbolic of our disregard for our environment and the creatures we share it with. YouTube videos of its impact on ocean life, including one of some good Samaritans pulling one from the nose of a distressed sea turtle, have sparked howls of outrage. 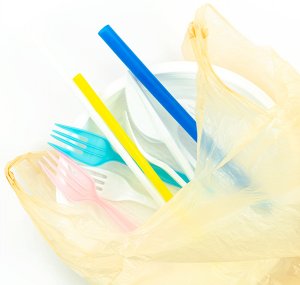 A certain anti-straw mania has seized cities around the world, resulting in bans and boycotts from Britain to the U.S. West Coast, plus a mad scramble to develop alternative assisted- drinking devices.

Perhaps it is the straw’s very combination of superfluity and ubiquity that inspires ire, though they are not the only offending item, not by far. We also have to face the facts: We have a plastics problem (straws included).

Worldwide plastic waste output, according to a 2018 United Nations report that is titled Single-Use Plastics: A Roadmap for Sustainability, reached 300 million tonnes in 2015. And according to an October 20, 2018, article in National Geographic, eight million tonnes of plastic waste goes into the oceans every year. Furthermore, it is estimated that, by mid-century, there will be more plastic waste in the water than fish by weight. A portion of that plastic will, admittedly, be inside the fish.

The Canadian plastics situation is very similar to the global norm. A 2019 Ministry of Environment and Climate Change report notes that, as of 2016, some 2.8 million tonnes of the country’s plastic waste — or some 86 per cent of the 4.67-million-tonne total — ended up in landfills. Another 4 per cent was incinerated and 1 per cent leaked into the environment. Just 9 per cent was recycled.

Japan, meanwhile, churned out some 9 million tonnes of plastic waste in 2017, According to the Japanese government, 84 per cent of the country’s single-use plastic is “recycled.” But as Forbes Japan reported on January 10, more than 70 per cent of recovered plastic is, in fact, incinerated, much of it for thermal power generation.

The world has, in short, spent several decades producing mountains of trash while making little effort to manage the consequences. This has risen in the public consciousness as an environmental problem perhaps second only to the climate crisis.

Next to straws, plastic shopping bags have been an especially popular target for reduction policies, and 127 nations have imposed some level of single-use plastic bag restrictions including outright bans in China, France and much of Africa.

Japan and Canada have been slower off the mark, with a mix of local government rules and private-sector initiatives making up for a broad absence of national regulation.

In Japan, Kamikatsu, Tokushima Prefecture, has set out to become the country’s first zero-waste municipality by 2020. In June this year, Kameoka, Kyoto Prefecture, announced an ordinance to ban single-use plastic bags, and pressured neighbouring municipalities to do the same. The city also pledged to “strive to completely eliminate plastic waste” by 2030.

Meanwhile, companies doing business in Japan have launched their own initiatives to reduce their plastic footprint. Starbucks Corporation is following the lead of its U.S. stores by eliminating plastic straws by 2020, as will the Skylark Group, which includes such family restaurants as Gusto and Jonathan’s. JR East revealed on October 8 that it would eliminate plastic shopping bags from its train station convenience stores and kiosks by September 2020.

The story is similar in Canada. For example, national supermarket chain Sobeys Inc. announced on July 31 that it would eliminate plastic shopping bags from its 255 stores across Canada by February 2020, cutting the number of plastic bags in circulation by 225 million annually.

We also have to face the facts: We have a plastics problem.

Perrin Beatty, head of the Canadian Chamber of Commerce, which is headquartered in Ottawa, told The Canadian in an email interview that the organization’s members “believe in the importance of reducing plastic use and ensuring we stop the flow of micro­plastics into the environment.” However, he added that Canadian businesses are looking for consistent rules on extended producer responsibility (EPR) across the whole country. “It is imperative that we avoid an EPR approach that involves a patchwork of standards im­posed by each province.”

Beatty added, “It obviously makes sense to encourage international standardization where it is feasible to do so,” though he stressed that “for any strategy to be successful, governments need to work in close collaboration with business to ensure that policies are realistic and workable.”

Industry group the Retail Council of Canada (RCC) sounded a similar note in an October 3 open letter to Jeff Yurek, Ontario’s minister of environment, conservation and parks, warning that a mix of regional rules would increase costs and reduce operational efficiency.

“Our members are supportive of going green — just without increased red tape,” the RCC declared.

Higher levels of government on both sides of the Pacific have begun to stir, though.

The Canadian Council of Ministers of the Environment’s (CCME’s) Strategy on Zero Plastic Waste released in November 2018 outlines a broad vision for a “circular economy for plastics” to maximize reduction and recycling towards zero waste.

Then, earlier this year, Prime Minister Justin Trudeau committed to “banning harmful single-use plastics as early as 2021 … where supported by scientific evidence and when warranted,” including shopping bags, straws, cutlery, plates and stir sticks.

Japan’s commitments have been somewhat less spectacular. Tokyo has promised to reduce plastic waste by 25 per cent by 2030, and to require retailers to charge up to ¥10 for each plastic bag.

Where the two countries do match up on plastic policy is a strong focus on foreign assistance. As G7 president in 2018, Canada proposed an Ocean Plastics Charter to combat marine litter. It also is putting C$100 million towards assisting developing nations to stop plastic from going into the ocean, handle plastic garbage that washes ashore and manage plastic resources.

Not having signed the G7 plastics plan, Japan launched another multilateral initiative at the Osaka G20 Summit in June: the Osaka Blue Ocean Vision to “reduce additional plastic pollution by marine plastic litter to zero by 2050.”

As a part of the plan, Tokyo launched the MARINE Initiative in order to “support empow­erment in developing countries to promote waste man­age­ment, recovery of marine litter and innovation.”

So, governments are in motion, if belatedly. Private enterprise is willing to engage and is awaiting regulatory consistency. Local bodies and communities, meanwhile, are motivated to make big commitments and do the little things.

But our plastics problem is enormous and complex. Banning plastic bags and the much-maligned plastic straw will help, but that is not the entire equation. The plastic monster is made up of myriad parts: packaging, overproduction, waste in the oceans and on the shores and the simple addiction to the ready availability of handy, throwaway items. To combat the problem requires not just headline commitments and big-ticket projects.

In May this year, the Canadian government handed out its latest rounds of grants to small firms developing new technologies to tackle some part of the plastics problem. The grants are not enormous and will make no front pages, but they will make a difference down the road.

In Sydney, Nova Scotia, is a company called Copol International Ltd. They make 100 per cent recyclable plastic film. But, because they “are concerned with the impact of plastic waste on the environment,” they were “looking at alternative solutions” beyond just recyclability, according to vice president Denis Lanoë. For a long time, the company’s engineers had been eyeing ways to incorporate marine plastic waste into their products, and won a C$150,000-government grant to pursue the idea.

“Being a small company, we would not have been able to afford this level of research without this support,” Lanoë said.

A small thing, maybe, but it could result in a valuable step in what must be a project combining government and big business direction, community commitment and technological innovation. And after putting our best efforts into our part in this, to clean up some of the harm we have caused, perhaps we can indulge in a few moments of relaxation and a well-earned drink. But no straw, please. 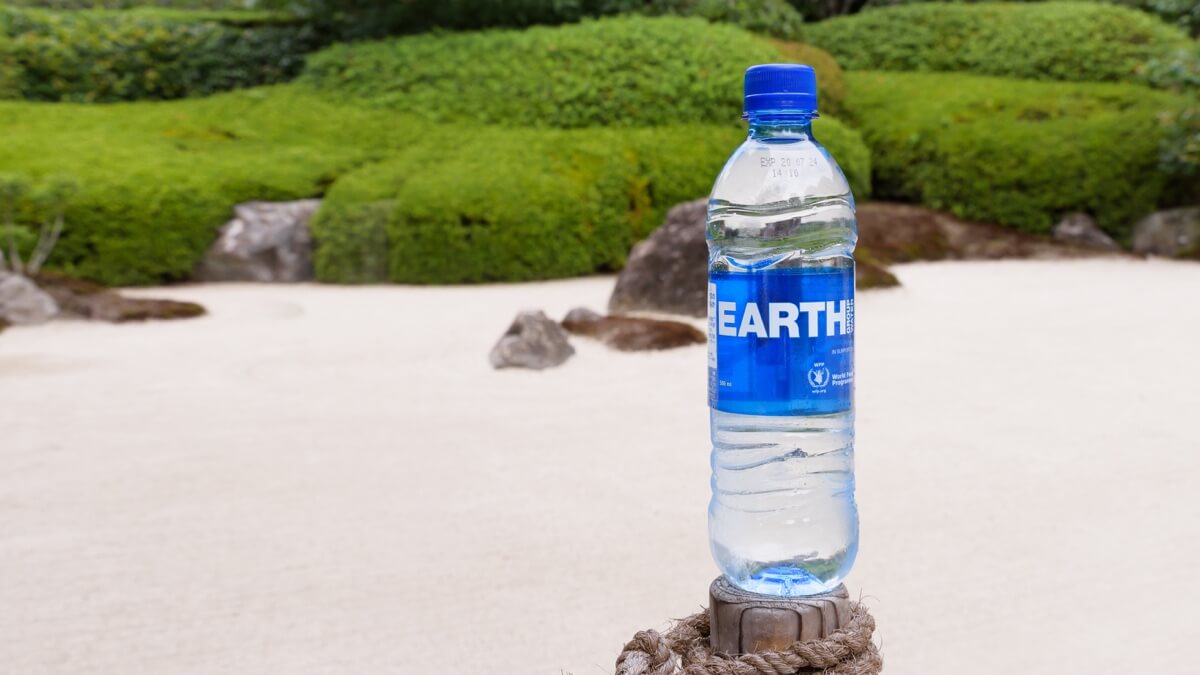 The Earth Group feeds millions around the globe