After sealing a deal that will put Earth Water at all Famima!! convenience stores in Tokyo and Osaka — which will help to feed tens of thousands of children in developing countries — Kori Chilibeck could be forgiven for putting his feet up for a while.

Instead, the founder of The Earth Group, with whom we caught up at the Alberta Japan Office, has set his sights on convincing FamilyMart Co. Ltd. to stock the distinctive blue bottles with the United Nations World Food Programme (UNWFP) logo on the label in every one of its stores across the country.

The funds that could be raised from the company’s 5,000 stores in Tokyo alone, he points out, could feed a remarkable two million children for an entire year.

Originally from Edmonton, Chilibeck admits that he grew up in a “wealthy bubble” and was only challenged when he took time off to travel. Trekking to one of the two Mount Everest Base Camps, he met a Sherpa carrying a roughly woven basket on his back, but wearing no shoes, gloves or hat to keep the frequently sub-zero temperatures at 6,400 metres at bay. For 21 cents a day, the Sherpa was carrying cans of a well-known fizzy drink to wealthy mountaineers.

At that moment, the penny dropped, Chilibeck said. Big companies were literally making money off the backs of the poorest people in the world. Back in Canada, he set about creating a company that would pay a fair wage and give back to the people who need it the most.

The Earth Group started by selling bottled glacier water from the Canadian Rocky Mountains to supermarkets in Canada. Today, the company provides all the water for Ikea Canada and has thousands of customers in 12 countries around the world.

It also has branched out into fair trade coffee, sourced from countries such as Indonesia, Honduras, Nicaragua and Brazil, before being roasted and packaged in Canada.

Not bad for a company that started out of a dorm room at the University of Alberta with a single laptop computer and cash borrowed from family members.

But Chilibeck agrees that badgering the UNWFP into permitting the company to have its logo on its bottles was a significant breakthrough.

“I phoned every number on their website and got nowhere,” he recalled. “Then I sent folders, detailing what we do, to the UN. And I kept sending them. In the end, I got a phone call from Geneva saying they would give me a meeting if — I would only stop sending them stuff.”

After a meeting with the UN in Ottawa, The Earth Group was first affiliated with the UN High Commissioner for Refugees and then, after everything had gone smoothly for four years, with the umbrella organization that is the WFP. To this day, The Earth Group has the only product in the world with the WFP logo on it.

“We focus on school feeding projects and providing education to the poorest regions around the world,” Chilibeck explained. In 2017, funds raised by the group provided one million meals in Sri Lanka. It is active in Sri Lanka again this year, as well as in Madagascar and Tajikistan, and is expected to exceed its earlier target of providing 1.2 million meals to children.

To fund their efforts, the company markets close to three million bottles of high-quality water sold in biodegradable bottles that have already been recycled. And working with The Plastic Bank, the company pays for 1.5 bottles to be recovered from the world’s oceans for every bottle that it produces.

“We know that people want more than a product when they buy something now,” Chilibeck said. “People want to do something to change the world and we’re not asking them to donate or volunteer — by buying our water or fair trade coffee, they are helping society.” 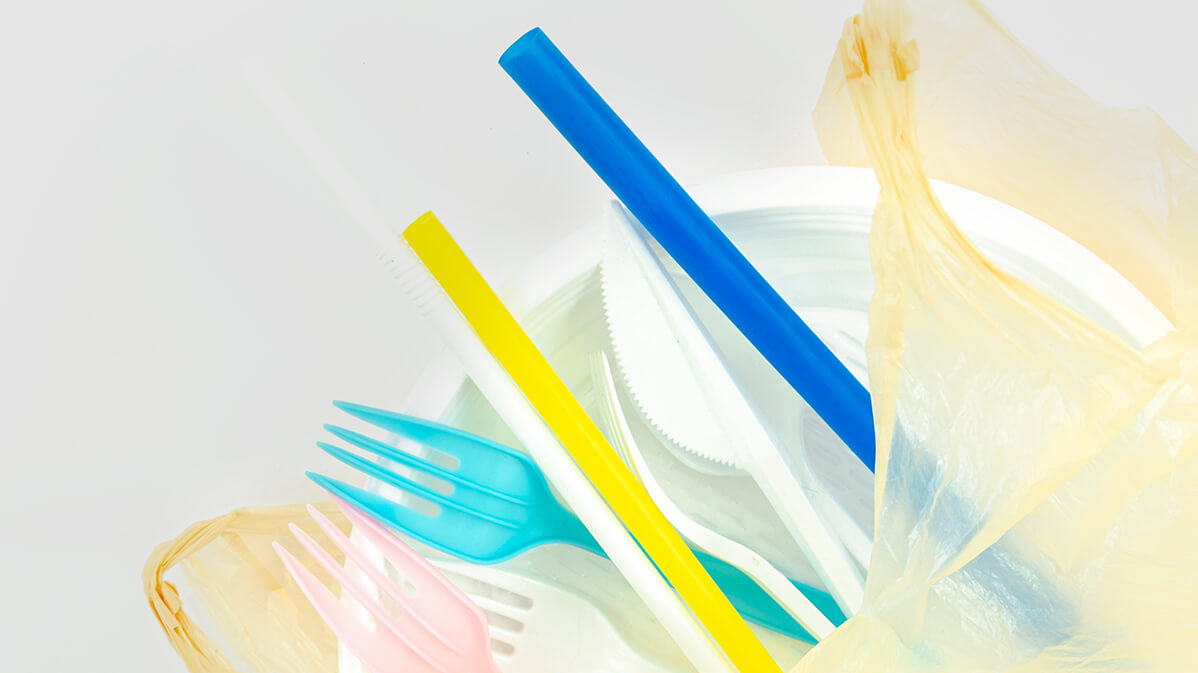 Is this drinking device humanity’s most harmful creation?