Light therapy is something you might associate with the skin and perhaps treatment of seasonal affective disorder. The benefits — in terms of mood improvement — of the treatment have been proved, whether it is used to adjust your circadian rhythm or to soak up vitamin D.

But, it is not just in the area of health that the benefits of light lie. Farmers and food makers are also using light-based technology to extend the life of their goods.

To discuss the use of light to find solutions in food preservation, The Canadian spoke to Vitabeam’s Chief Executive Officer James Millichap-Merrick, and Co-founder and Chief Science Officer, Dr. Vladimir Vasilenko.

[An] important purpose of this technology is to decrease the wasting food and other organic perishable products.

During transport and storage, perishable foods are susceptible to damage and decay. In fact, according to the Food and Agriculture Organization of the United Nations, each year, the world loses or squanders one third of the food it produces.

One of the most common ways this happens is during transport. Although food is moved in dark, refrigerated compartments, refrigeration technology has barely changed over the years and is not always effective. This is where Vitabeam has proved its value, having developed a new patented and patent-pending LED light technology called VQe that can help extend the shelf-life of perishable products in retail markets and at home.

Additionally, VQe can be used by food growers to bolster the health and natural production of plants under cultivation in greenhouses and vertical farms.

VQe, which Vitabeam refers to as its Healthy Radiant Energy technology, works by using safe wavelengths that resemble the sun’s light. The technology stimulates photoreceptors within plants to enhance photosynthesis, cellular respiration and ATP (adenosine triphosphate) production. The produce remains fresh, naturally, for a longer period of time after harvest. It also limits the spread of pathogens by killing them and boosts a plant’s natural defense system. At the same time, it selectively protects more complex life forms, such as plants and animals, while destroying lower life forms, such as bacteria and fungi.

Looking ahead, they believe that compliance and acceptance in the local market is the final crucial step.

Vitabeam’s chief science officer, Canada-based Dr. Vladimir Vasilenko, isolated the optimal wavelengths for growing plants in a greenhouse. Using this technique, light can be optimized for a specific stage of growth while all dangerous UV rays are removed.

“My aim was to deploy the discoveries I made at the intersection of several disciplines — such as plant physiology, biophysics and microbiology — by creating new, cutting-edge technology and products that would be very beneficial in areas of food production and storage, food safety, and improved health security for people,” Vasilenko explained.

“The other important purpose of this technology is to decrease the wasting of food and other organic perishable products, such as cut flowers and seeds.”

Vasilenko’s discoveries were first made between 1993 and 1997, when he was work­ing as a research fellow at the Russian Academy of sciences in the laboratory of Nobel Prize Laureate Alexander M. Prokhorov (1916–2002). The earliest prototype was created in 2013 and brought to Japan the same year, with the help of Tokyo-based mana­gement consulting and advisory firm Silverbirch Associates KK’s chief executive officer, Patricia Bader-Johnston.

However, the product initially faced some barriers. “He brought a prototype of that very first patent to Japan, and he was here for three or four weeks. I introduced him around to various trading houses, but it was too early,” Bader-Johnston said. “People weren’t seeing the potential of the LED lights yet, or the urgent need for food security, or food wastage.”

It was later that Vitabeam Limited was formed. The technology company, which has its global operations in London, United Kingdom, then set up a testing facility in Ontario, as well as research and development facilities in Ontario and Québec.

Millichap-Merrick is in the process of building a list of distribution partners in Japan and reconnecting with key potential partners.

“The ultimate aim of my visit to Japan is to explore the commercial opportunities for Vitabeam, our application for farmers, cultivators, retail supermarkets, food processors and healthcare, and to find out what we can bring into this unique market with so much consumer awareness, because there are so few products that are natural, clean, and safe,” Millichap-Merrick said.

However he does see challenges in finding the right partner. “Finding key distribution partners that understand the product’s commercial value, the needs of the consumers and the regulatory compliance is very important to us.”

While LED lighting was not widely used when Vasilenko first came to Japan, the technology now is such that its adoption could be wide-reaching.

“It’s optimum time to use them. Three or four years ago, that was not the case,” Millichap-Merrick explained.

Vasilenko is confident that the products will make it in Japan. “Our team is willing to work closely with Japanese companies who are interested in testing and using our products.”

So far, there have been positive outcomes. Vasilenko mentions that, in 2015, an eight-week test comparing a quality retail grocery chain that used the VQe device and a control store revealed that the former showed a significant reduction in loss of fresh produce.

Vitabeam’s results from cultivators and retailers demonstrate the improved growing conditions, money saving, and the value to consumers of safer and cleaner products.

Millichap-Merrick is equally confident. “There are issues with food security, a growing awareness amongst consumers, and more independence in thinking about alternative solutions as opposed to buying what is on the shelf.”

In an increasingly health- and waste­-conscious Japan, where the market for organic and independent farm produce is growing, so too is demand for fresher and safer food that lasts longer. Alternative technologies, such as those being developed by Vitabeam, might just provide some valuable solutions. 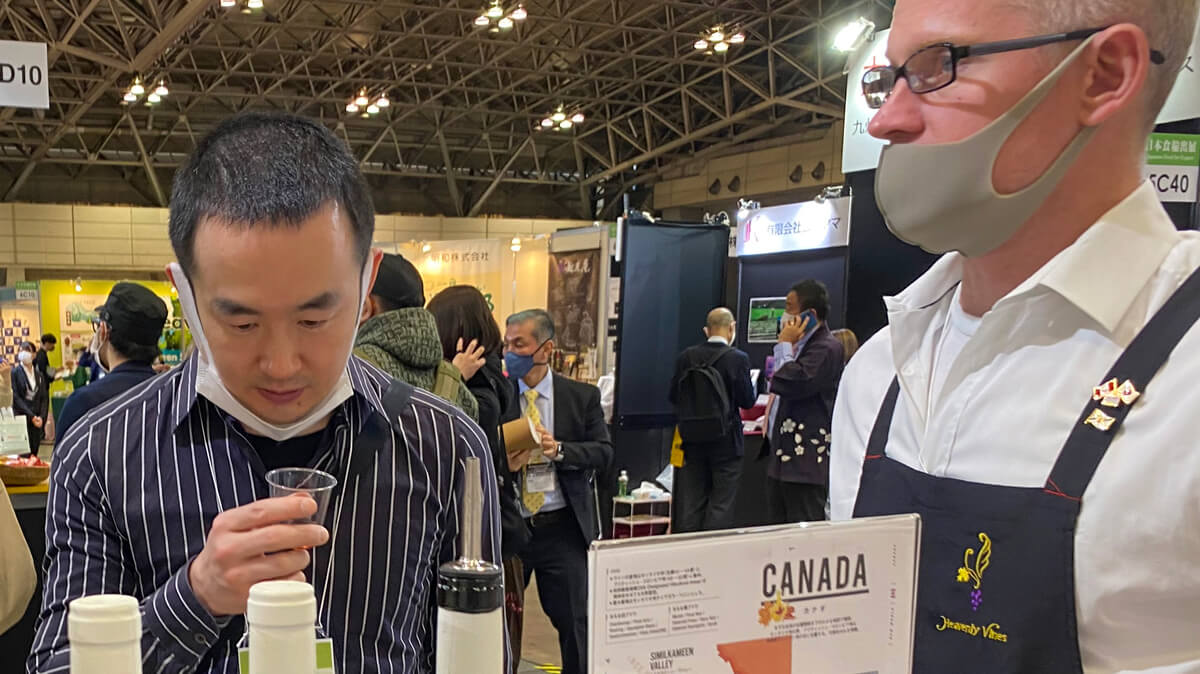