“So Khaled, how many people should we expect today?” Terry Wakasa asked Iwamura anxiously. Rainfall immediately would have dampened a successful turnout. But Wakasa was worried whether enough attendees would show up. Yet, Iwamura, the event’s MC, remained confident. His website, insauga.com, had pub­lished an article promoting the festival — the first of its kind to be held in Mississauga — and the story had received more than 100,000 views.

Under a beaming July sun, more than 40,000 people showed up. And aside from 2020, when the event was held virtually, Japan Festival Canada’s atten­dance has grown steadily, and expanded from a one-day to a two-day event in 2017, its second year.

“I wanted to be a part of it; anything to do with the Japanese community in my very own backyard.”

Mississauga has long been pigeonholed as a boring bedroom community sitting next to Toronto. It’s famous for its former mayor — “Hurricane Hazel” McCallion, who retired at 93 — and being the site of Ontario’s largest shopping mall, Square One.

However, it also has longstanding ties to Japan, and has been the official sister city of Kariya, Aichi Prefecture, since 1981. In 1992, Kariya Park was opened in Mississauga to mark the 11th anniversary of the twin-city ties, while Mississauga Park — with a miniature City Hall — was opened in the same year in Kariya, Japan, to honour the ties. This year marks the 40th anniversary of the relationship.

Mississauga is quickly transforming and mod­ern­izing. Two of the city’s best-known struct­ures symbolize the change. The first, Absolute Towers — known colloquially as Marilyn’s Curves, due to its hourglass shape — has come to domi­nate the city’s skyline.

Iwamura, the founder of Mississauga’s go-to news outlet and an iconic presence at Japan Festival Canada each year, is himself a repre­sentative of this changing city. Half Japanese, half Egyptian Canadian, he was born in Montréal and raised by his Japanese mother and grandmother.

Involvement in Japan Festival Canada was a natural fit for Iwamura. When he learned that a Japanese festival was to be held in the city he covered, he told Wakasa, “I want to be a part of it; anything to do with the Japanese community in my very own backyard.”

By 2016, Iwamura had already spent more than four years building his website. “The first five years were a massive struggle. Like massive,” Iwamura emphasized, reflecting on his early years.

“I literally had to sell my condo, my wife had to sell the condo she was renting out and we moved back to my in-law’s house. It was tough,” said Iwamura, continuing after a long pause. “We sacrificed everything, knowing that it would work,” he concluded, laughing with relief.

Before 2016, he had gained on-stage ex­pe­ri­ence hosting events for Mississauga, so being in front of live and digital audiences had become second nature. That experience had prepared him to MC in front of 40,000 people, and opened doors he had never expected.

In return for Iwamura graciously having of­fe­red his services free of charge, Wakasa reci­procated: he took Iwamura to Japan.

Iwamura had stayed close to his Japanese roots by playing taiko, but had never set foot there. “What was I doing for 40 years? How did I never make it to such a beautiful country until now? I missed out on so many things,” Wakasa recalled a surprised Iwamura saying. On his first trip, Iwamura met his family in Shizuoka and fell in love with a country he has visited nine more times so far.

On that lucky day, later to be so significant for Iwamura, his charisma impressed a Tokyo Convention & Visitors Bureau Toronto represen­tative attending. Tokyo wanted to promote itself to the world, and Iwamura, who had become a one-man top five content machine for his home­town by that time, suggested doing the same for the world’s largest city.

The representative loved the idea and an initial conversation led Iwamura to produce top five videos for seven different areas of Tokyo. “If it wasn’t for Terry allowing me to go to Japan and the connections I made through Japan Festival, there is no way I would be as close to my family in Japan as I am now,” said Iwamura.

Not only did Iwamura get closer to his Japanese roots in 2016, but insauga.com achieved success that year.

“We sacrificed everything, knowing that it would work.”

Less than two weeks before he made his presence felt on the Celebra­tion Square stage, Iwamura fortuitously hit a breakthrough. On June 28, 2016, a house explosion in Mississauga received national attention.

“I got there with my seven-foot selfie stick with a smartphone attached to the end of it,” said Iwamura at his TEDx Talk. “And I was there with all the A-list anchors from CTV, CBC and Global. They had all their fancy equip­ment, they had their over-the-shoulder cameras, they had their satellite trucks all lined up on Rathburn Road. All the techs know each other, so when one of them came out, they started talking and I heard one of them say, ‘Hey, look at that kid with the fishing rod.’”

Little did Canadian mainstream media know a “fishing rod” would beat out every single news media organization — the site was closed off, but the selfie stick allowed Iwamura to get unobstructed footage.

“Before the house explosion, [insauga.com was] fun, food, events and history of the city. That’s all we did. We didn’t do any news,” he recalled.

However, being the first to get video footage, seeing traffic to his website skyrocket and rea­liz­ing he was being trusted for hard news, Iwamura hired professional journalists.

“That’s when we saw our real growth,” said Iwamura. “Ever since then, we’ve seen expo­nen­tial growth every year, non-stop.”

Iwamura created a team around him, and he has replicated his website’s success in other suburbs of the Greater Toronto Area: Brampton (inbrampton.com), the Halton Region (inhalton.com) and Hamilton (inthehammer.com). All websites are under the insauga.com umbrella.

“Insauga itself is doing about 10 million page views a month and we’re not even covering a major metropolis. [That] puts us among the top-four digital-only media companies in Canada,” said Iwamura. But his business is still in its early stages.

“We’re at the starting point now because I actually know what I’m doing,” he laughed. “I know it sounds weird after 10 years. In about three years, we probably will be” — he stopped to correct himself — “we will be a top-three news media company in Canada. The goal is national.”

When Covid-19 hit, hyperlocal news became more important than ever. To date, Iwamura has interviewed politicians and medical experts on Instagram Live, in his trademark casual style. This has made hard, hyperlocal news easily accessi­ble and digestible, and his sessions have received more than five million views.

“I think insauga and the media brands I run have been growing because [people] see how real it is,” said Iwamura, who still drives around Mississauga to see what’s open and closed. It’s a necessary part of his job to remain an authority on all things Sauga, so he takes time to “feel” and experience his backyard.

Iwamura will continue to be the face of  Japan Festival Canada, while Wakasa continues to organize it. With more time spent online and people forced to self-isolate, a stronger need for hyperlocal information and being a part of communities outside one’s family has arisen.

Japan Festival Canada is already the biggest Japanese festival in North America, and its MC’s digital-only news media company will continue expand­ing to both of Canada’s coastlines. The future remains bright for both Iwamura and Wakasa, who may be 10,000 kilometres from Japan, but have established deep roots here. 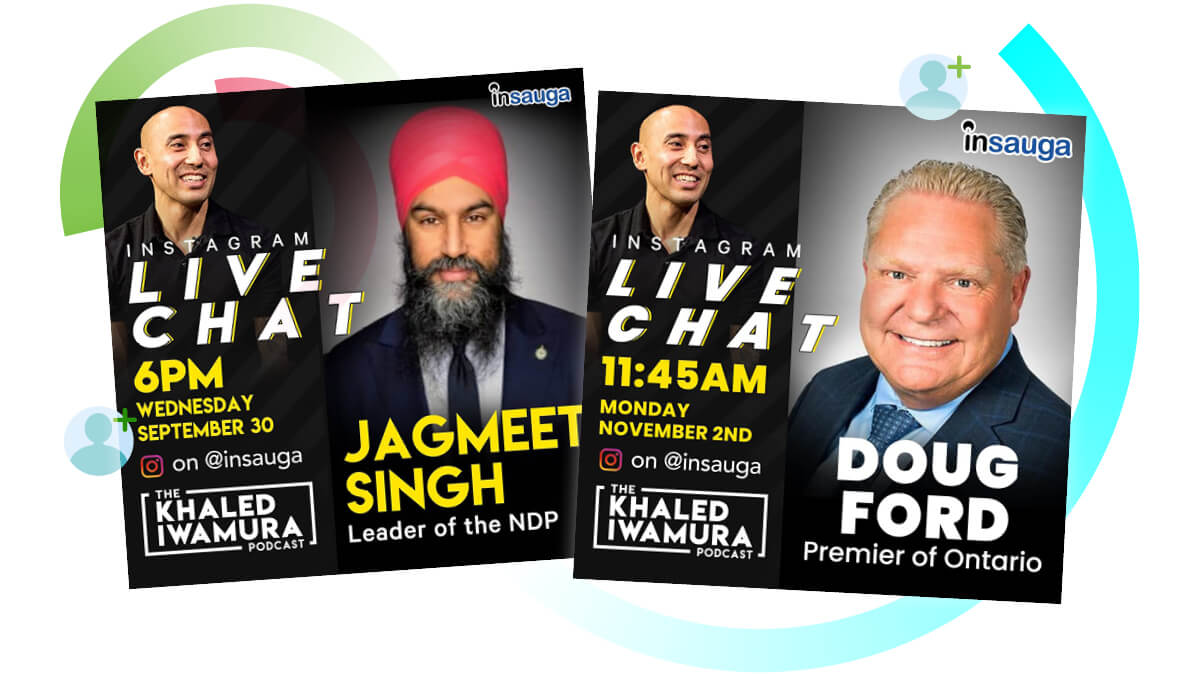 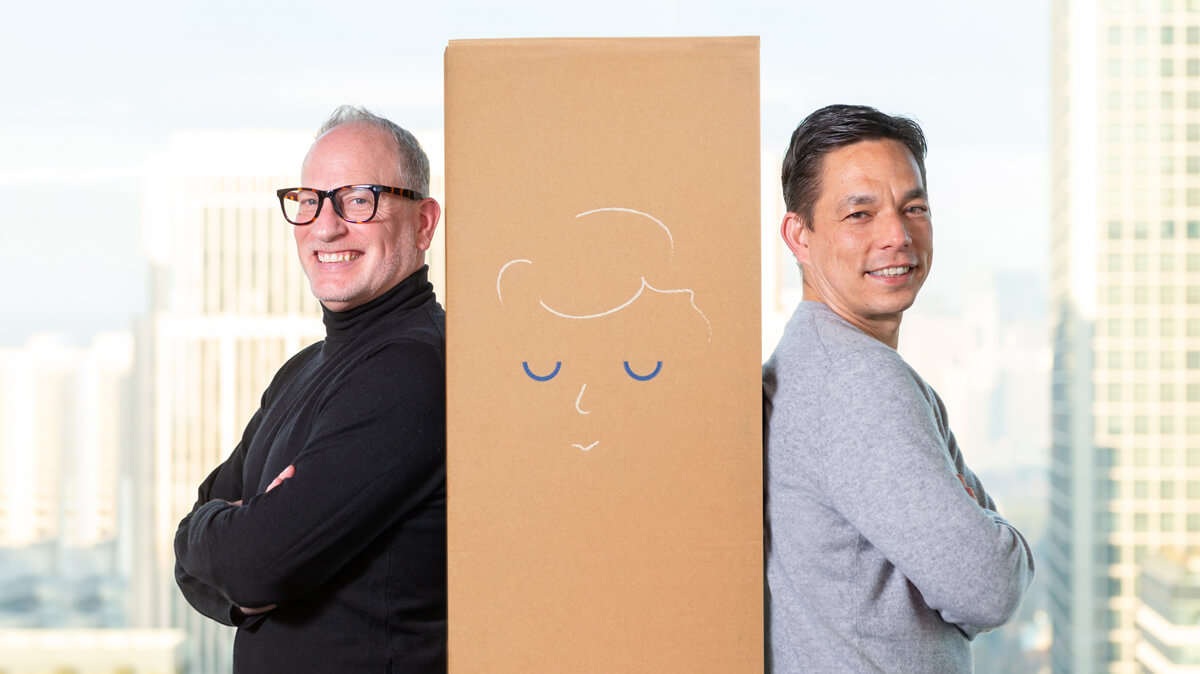 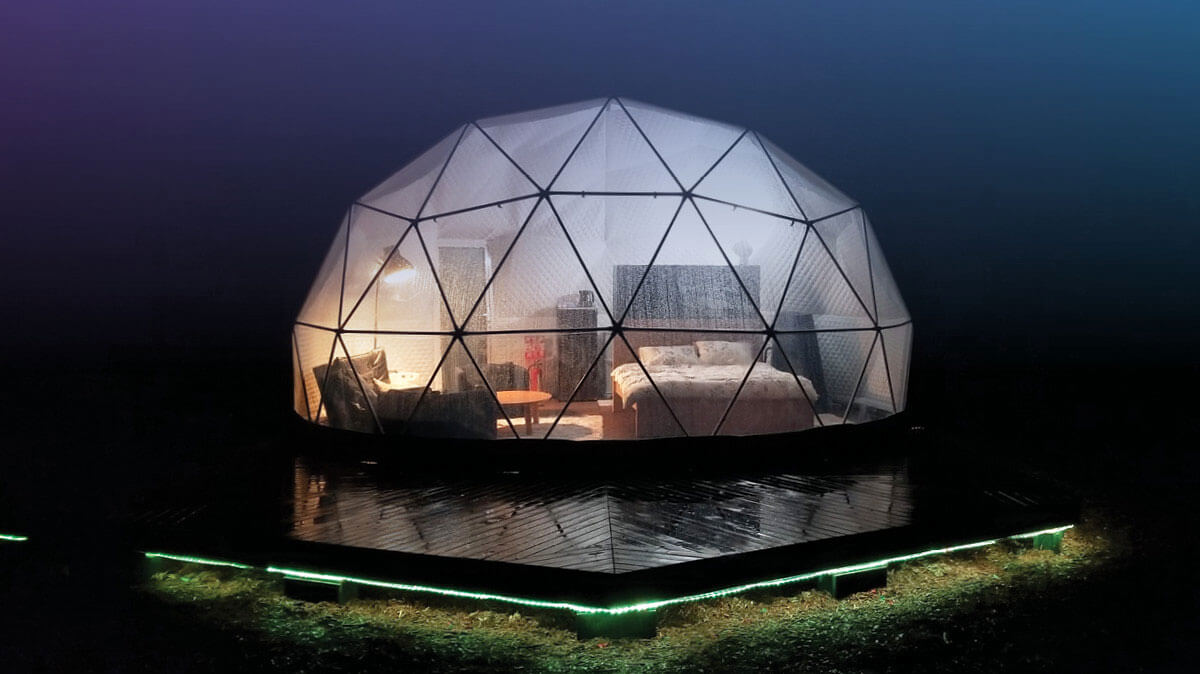