A giant in the mining and metals industry, Rio Tinto has offices and operations around the globe. They are Canada’s largest mining and metals company, with 15,000 people working at more than 35 locations. The company also has a strong connection to Japan, which receives a great deal of minerals that come from Rio Tinto’s operations around the world, including Canada.

The relationship between Rio Tinto and Japan goes back decades. The forerunner company to Rio Tinto Fer et Titane (RTFT) was already shipping Sorelslag (titanium slag) to Japan from Québec in the 1950s; 1961 saw the esta­blish­ment of Comalco (which would later be known as Rio Tinto Aluminium) and the first trial shipment of bauxite from Australia to Japan. Rio Tinto Zinc (RTZ) Japan was formed in 1966. Over the years that followed, individual companies were established in Japan that handled coal, iron and titanium, iron ore and salt. In 1996, the companies that were responsible for the sales of Rio Tinto minerals in Japan merged under the name RTZ-CRA Japan; it was renamed Rio Tinto Japan in 1997.

According to Alfredo Barrios, chief executive for Rio Tinto Aluminium and the man in charge of Rio Tinto’s operations in Canada, over the years, Japan has played a significant role in supporting Rio Tinto’s operations. “In the 1960s, our iron ore operations in the Pilbara region of Western Australia were born on the back of the Japanese steel mills, whose innovative commitment to buy 65.5 million tonnes of iron ore over 16 years allowed us to obtain financing for our very first mine at Tom Price [in the Pilbara]. Japanese companies also helped build the infrastructure, the rail line from [the port of] Dampier in the Pilbara, and the port itself. And in August 1966 the first contracted shipment of iron ore sailed from Dampier to Yawata steelworks in Kitakyushu.

“The development of the iron ore deposits in the Pilbara,” Barrios explained, “underpinned the economic prosperity of modern Australia and helped support Japan in its nation-building. Today we are Japan’s largest supplier of iron ore, and a major supplier of many other essen­tial materials including aluminum, copper, industrial minerals (borates, salt and titanium), molybdenum, uranium and diamonds.

“We also procure mining machinery, equip­ment and services from Japanese suppliers, and Japanese companies are our joint venture partners in mining and smelting operations and exploration projects around the world.”

In 2018, Rio Tinto’s total sales to Japan were US$3.9 billion, representing about 10 per cent of the Rio Tinto Group’s global consolidated sales revenue.

Titanium represents one of the most signi­ficant ties between Rio Tinto Japan and Rio Tinto Canada. The durable, light metal has hundreds of uses, ranging from sun­screens and paints to artificial joints and air­craft parts. Barrios said that, among its many applications, two stand out: “I would say that medical appli­cations for titanium is one area to take note of. Artificial bones [as well as] hip and knee joints, and implantable rotary blood pumps are just a few examples that come to mind. Then there is architecture. The roof tiles of Sensoji Temple in Asakusa, Tokyo, and the Kyushu National Museum in Fukuoka — both beautiful buil­dings — are made with titanium.” 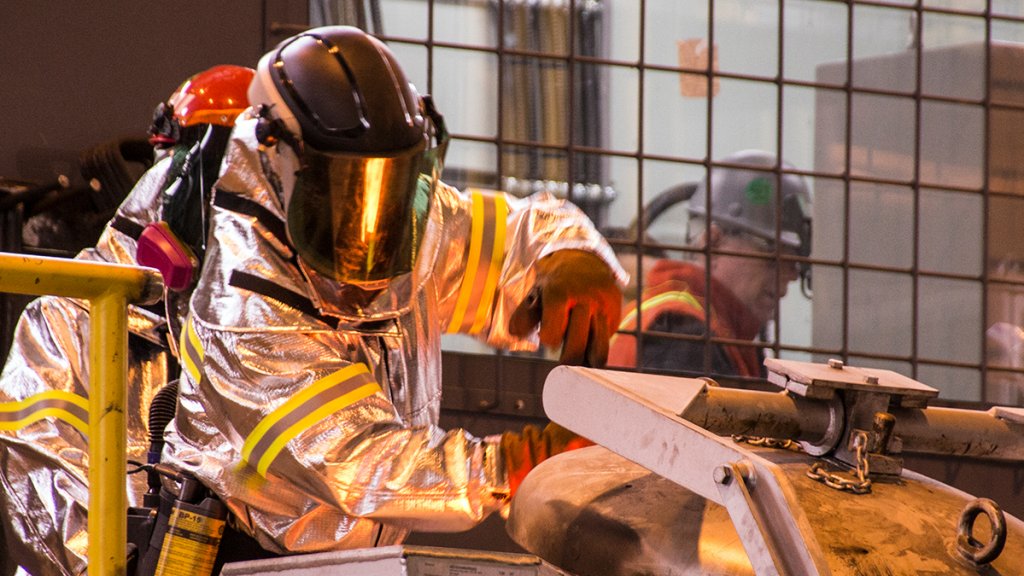 Rio Tinto’s titanium business in Japan dates back to the earliest days of the company’s endeavours in the country, and they have a strong foothold here.

Since the 1950s, Rio Tinto has had business relationships with all of the major Japanese producers of titanium pigment. In later years, this relationship grew to include makers of titanium sponge. The latter is the metal in its purest form, and is used in titanium alloys and ingots.

Titanium is most frequently derived by smelting ilmenite, and Rio Tinto mines ilmenite through its RTFT division. This operation has been in Québec for some 65 years, and the ilmenite mine at Lac Tio in Havre-Saint-Pierre is based at the world’s largest solid rock ilmenite deposit.

In addition, Rio Tinto produces cast iron (RTFT pioneered the process by which iron is remo­ved from ilmenite), steel and metal powders at their metallurgical complex in Sorel-Tracy. The com­plex is also where the ilmenite is smelted and turned into titanium.

As Vibert explained, Rio Tinto supplies about 40 per cent of the high-end titanium feedstock consumed annually by the Japanese pigment and titanium sponge industries. Supply from their metallurgical complex in Sorel-Tracy, Québec, makes up a signi­ficant portion of that supply.

As well as titanium, there are a wide variety of mineral products that come to Japan from other Rio Tinto locations in Canada. There are aluminum products from Kitimat in British Columbia, iron ore mined at the Iron Ore Company of Canada (IOC) in Labrador and diamonds from Diavik in the Northwest Territories. The IOC is an example of the close ties between Rio Tinto Canada and Japan. It is a joint venture between Rio Tinto (58.7 per cent), Mitsubishi Corporation (26.2 per cent) and the Labrador Iron Ore Royalty Income Corporation (15.1 per cent).

“We are working to ensure our relationship with Japan in the future remains a deep, broad and mutually beneficial one as it is now.”

Rio Tinto also takes an active role in community-based projects in Japan, particularly to support the regions that were the hardest hit by the Great East Japan Earthquake and Tsunami of 2011. In that same year they esta­blished a joint scholarship fund with Komatsu Ltd. at Tohoku University for stu­dents affected by the disaster.

The two companies committed a total of ¥400 million over 10 years, which goes to support 33 scholarship students each year. And since 2012, Rio Tinto has been providing support for a project in the Tohoku region called ARTS for HOPE, which provides arts therapy activities to help children affected by the 2011 disaster to deal with trauma. Rio Tinto donates funds and the company’s employees participate in activities on a volun­teer basis.

As far as the future of the mining industry is concerned, Barrios sees a number of trends that will have a strong influence in the years to come. One is the concept of “ur­ban mining,” or the recycling of metals and materials from electronics.

This could require the mining industry to pioneer new ways to mine or take a hard look at its business models in the future. He adds that another fundamental game changer is the digital revolution, which will touch every part of the industry’s value chain, from exploration to marketing. Examples of this include remote operations and haul trucks with connectivity that enable predicative maintenance. Supply chain logistics have already been influenced by autonomous trains, and autonomous ships are not too far in the future. Meanwhile, he adds that technologies such as blockchain will help Rio Tinto customers — from governments to consumers — gain a deeper understanding of the company’s products, including their environmental credentials.

But whatever the future holds, Rio Tinto re­mains strongly connected to Japan. As Barrios explained: “As Rio Tinto evolves as a com­pany, our relationship with Japan likewise will evolve. We look forward to building on the strong partnerships we enjoy today and exploring the potential for new partnerships, as Rio Tinto looks to new markets, new materials and innovation. Obviously, we are working to ensure our relationship with Japan in the future remains a deep, broad and mutually beneficial one as it is now.”