Although much of the world continues to struggle with Covid-19, there are encouraging signs across Asia that the spread of the pandemic may be slowing in some areas. Were it so, it would certainly be welcome news that would accelerate the pace of business activity and help ease international travel restrictions as we approach the new year.

That said, the pandemic is likely to remain an ongoing public health concern that will continue shaping the business environment worldwide. And as Charles Darwin is often quoted as having said, “it is not the strongest or most intelligent who will survive, but those who can best manage change.”

How well are companies adapting? With the help of Communitech, a non-profit innovation hub that supports more than 1,400 Canadian businesses, we spoke to three technology companies: O2 Industries, Avidbots and Dejero. They are based in the Kitchener–Waterloo area of Ontario, are leaders in their respective markets, and have successfully developed business internationally. And they are passionate about helping the world deal with the impact of Covid-19.

There are at least three common themes related to their Japan business, despite their being in different technology industries and different stages of company development.

First, partners have been a key factor in staying engaged with customers this year. Second, their products and technology were relevant to their customers even before Covid-19. And third, patience has become even more necessary for each of them.

Based on our conversations, the future seems bright for Canadian technology companies, despite the challenges and uncertainty that lie ahead.

O2 Industries, founded in 2014 by Peter Whitby and Rich Szasz, was launched after the two encountered the reality of severe pollution during a trip to Asia. Their O2 Curve Respirator protects the wearer with a tight seal on the face using medical grade silicone, and filters airborne pathogens using electrostatic filters.

When Covid-19 hit, O2 was well positioned with their respirator technology and products. No dramatic pivoting was needed — instead the daunting challenge was scaling the small company to meet a tenfold jump in production capacity.

To put that in perspective, since the outbreak of the pandemic, O2 has produced more than 300,000 respirators and well over 10 million disposable filters. With the need for such a large number of products stressing the supply chain, and “sleeping at the office three nights a week” becoming the norm for employees, O2 leadership rapidly expanded their team to 60 employees from just seven a few months ago.

Poised for further growth, O2 recently announced that they have been selected to join the renowned ScaleUp Program at The Lazaridis Institute for the Management of Technology Enterprises, based in Waterloo, Canada, and part of the Toronto-Waterloo Region Tech Corridor.

Not surprisingly, marketing messages have been kept balanced during the pandemic as they position themselves across more markets, including consumer, healthcare, military, law enforcement and performance sports.

The daunting challenge was scaling the small company to meet a tenfold jump in production capacity.

The Covid-19 message cautiously says, “if used appropriately in conjunction with other public health hygiene recommendations, it may substantially reduce your risk of receiving or transmitting the disease.” But most important is that O2 openly shares detailed test results, so buyers can see how they outperform traditional industry benchmarks and competing products.

In Japan, O2 has been working closely with local partner BrainCraft, who they connected with through the Trade Commissioner Service in early 2019 well before the pandemic struck.

The initial focus was on the consumer market through Rakuten, Amazon and Yamada Mall, with search and rescue organizations later becoming an important segment. O2 is also looking to expand into healthcare, a segment in which their premium respirator has seen strong success elsewhere.

Towards that goal, O2 and BrainCraft are pursuing industry approvals. “You need to get Japanese medical certifications and respiratory certification, and once you have those you can build … you definitely need consultants in the medical field and good partners that can distribute,” Whitby highlighted.

While Covid-19 has triggered a surge in the Curve Respirator sales, Whitby is optimistic that new products, such as the recently introduced Tactical Respirator II (TR2), will drive even more success in Japan. The TR2 was originally engineered for the Canadian military and is specifically designed to protect the wearer from airborne pollutants, including aerosolized lead, in high impact environments. O2 anticipates similar use by Japan’s military and law enforcement establishments.

Given the recently announced partnership with Ultimate Fighting Championship, the Las Vegas-based mixed martial arts promotion company, it’s not a huge stretch to imagine O2 respirators protecting athletes training in close proximity during the months prior to the Tokyo 2020 Olympic and Paralympic Games.

In fact, O2 already has an eye on this possibility, with plans for a soft rubber respirator and early discussions already underway with the Canadian Olympic Committee. 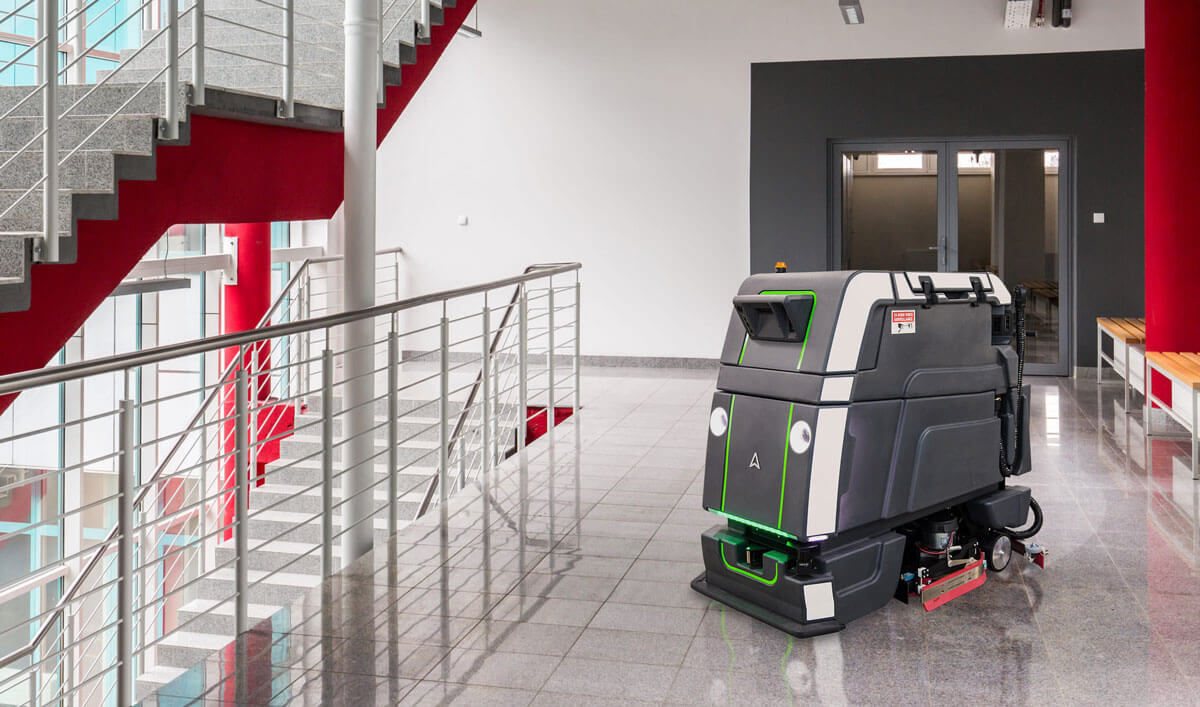 Avidbots designs and manufactures autonomous floor-cleaning robots for commercial spaces. Launched in 2014, after a brief “foray into the robotic snow removal market” about which winter-weary Canadians may fantasize, founders Faizan Sheikh and Pablo Molina set their sights on the more viable commercial cleaning market.

Today, Avidbots occupies a 3,700-square-metre facility in Kitchener, Ontario, where its Neo product is made. Worldwide sales have been doubling annually and their products cleaned more than 92 million square metres autonomously last year.

But what is a commercial autonomous floor-cleaning robot? Imagine an advanced version of the widely used Roomba robot vacuum cleaner that recognizes its environment, chooses a route and moves accordingly.

Faizan highlighted the fact that the pandemic has put a spotlight on cleaning so that it’s now in society’s consciousness — which has accelerated the trend for autonomous cleaning as businesses strive to keep facilities safe. He is also seeing more businesses intensify their approach to cleaning after reconsidering what are good cleaning practices and what quality metrics are appropriate.

Frequently this leads to introducing AI-assisted cleaning robots to ensure uniform floor cleaning and provide reliable quality mea­sure­ments. And, with Neo deployed, the customer can increase the frequency of cleaning for little additional cost.

In direct response to the pandemic, Avidbots has also announced plans to introduce a disinfection add-on module that will enable Neo to disinfect 3D surfaces. It is expected to significantly reduce the manual work involved these days, and to standardize the cleaning of high touch surfaces.

“Japanese customers have requests that might be ahead of the curve [compared with] the rest of the world.”

Avidbots has been in partnership with Macnica since late 2017, and this has resulted in 13 publicly announced customers so far. A key factor behind this success in Japan, according to Faizan, is diligent after-sales support which is being led locally by Macnica.

Interestingly, Macnica is also responsible for a fun aspect of the customer experience — providing Neo with customized “skins,” so that robots appear to be wearing the uniform of airport staff, or outfitted in keeping with the design of a shopping center or a railway station.

If you’ve marvelled at the clean floors while walking through Narita Airport or Shibuya Station, then you can thank the Neo cleaning robots that are used by major Japanese customers, such as Sotetsu Holdings, Inc., Tokyu Corporation and the Mitsubishi Group.

The focus for Avidbots is airports, stations, shopping centres, ware­houses and factories that have large floor areas and frequently face shortages of cleaning staff, due to the worsening labour shortage in Japan.

More recently, as a result of Covid-19, safety has become a business driver, given that many older workers generally handle these dull, dirty and dangerous cleaning tasks.

Japan is helping Avidbots to improve features of the Neo platform. “Japanese customers have requests that might be ahead of the curve [compared with] the rest of the world,” says Faizan. Customers around the world are also benefiting from product ideas originating in Japan. These include a sound capability that verbally announces the robot’s approach. 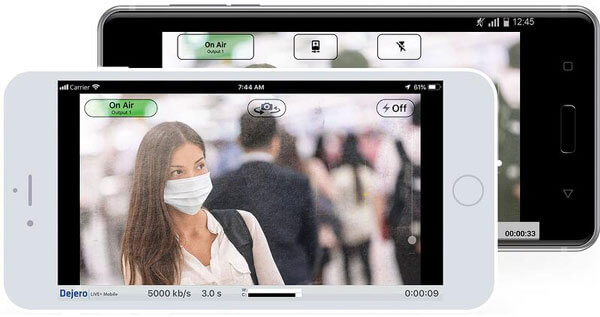 Dejero was founded in 2008 by Bogdan Frusina, who had a simple vision: reliable connectivity anywhere.

At the time, live news reporting outside the television studio was complicated and costly, given the industry’s reliance on satellite and microwave links. So Dejero set about developing a live broadcasting solution that leveraged widely available and inexpensive wireless networks.

Today, if you’re watching a breaking news story on television, there’s a good chance the remote live broadcast was enabled by Dejero technology.

Highlighting their technical innovations, Dejero was awarded the prestigious Technology and Engineering Emmy Award in 2018 and 2019, in addition to having been awarded 36 patents and having 45 patents pending. As a result, their broad product portfolio, supported by the shift to remote working, is fuelling both sales growth and the hiring of extra employees this year.

Remote working has clearly reshaped how organizations worldwide are conducting business during the pandemic. This has been especially true of the broadcasting world, where anchors, reporters and meteorologists may have been forced out of well-equipped television studios and suddenly need to provide critical live video feeds from a temporary setup in their homes.

Dejero technology has always addressed these remote challenges and so extending their positioning to home broadcasting solutions was easily done.

As part of their worldwide Covid-19 response, Dejero offered free licences of their LivePlus mobile app for qualified broadcasters during the challenging first months of the pandemic. “We have a culture of wanting to help our customers,” Fernandes stressed, adding that LivePlus has enabled customers to quickly set up and easily deliver content during that critical early period.

If you’re watching a breaking news story on television, there’s a good chance the remote live broadcast was enabled by Dejero technology.

In Japan, after building early customer relationships directly, Dejero soon recognized the need for a local partner to represent their business locally. So some four years ago, they signed a distribution agreement with FOR-A, an enterprise that develops its own video equipment and resells complementary third-party products.

As a result, Dejero has been able to leverage FOR-A’s customer relationships across the broadcast industry, along with their technical expertise as a product developer.

Moreover, the investment made over several years, that enabled the two companies to work together, has paid dividends during the pandemic. When international travel restrictions prevented Dejero from dispatching experts to Japan, FOR-A was able to leverage their own product experience for testing, demos and support. 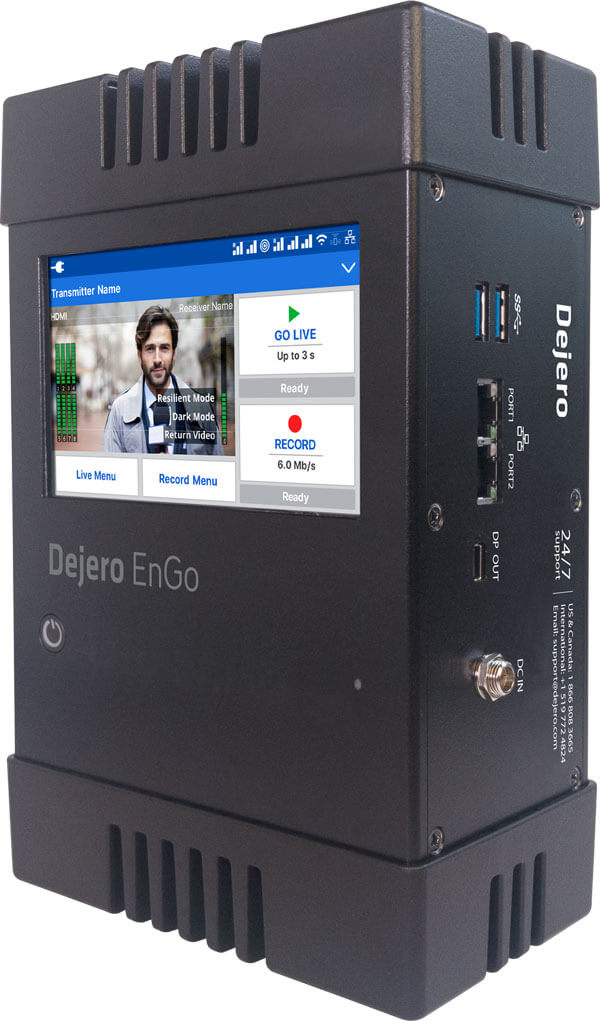 According to Fernandes, for Dejero, Japan has become a focus market, where they have deployed solutions with major television broadcasters, including NHK. And, similar to other countries, they are also discovering here that other organizations beyond the world of broadcasters increasingly want that same high level of video quality.

Perhaps, given Dejero’s support of the Vancouver Olympics torch relay and sporting events around the world, we’ll learn of new applications with the Tokyo 2020 Olympic and Paralympic Games in the months ahead.