“It’s never too late” is a familiar and reassuring phrase, reminding us that the things we want to achieve don’t have to be accompanied by a deadline.

Lowell Sheppard has transformed this common expression into a tangible medium — the Never Too Late Academy — which offers a series of courses that guide participants on a journey to realize their dreams. Founded in 2021, the academy combines inspiration with guidance on how to fund one’s efforts and make practical but effective decisions, whether one’s dream is to start a business, write a book, or launch another project.

Sheppard is an ideal example of putting these ideas into practice. The Canadian has cycled across Japan, published several books and has been the Asia-Pacific director of the HOPE International Development Agency, a non-governmental organization dedicated to sustainable development projects around the world. His current endeavour is to prepare himself, and his boat, to cross the Pacific Ocean on a solo voyage.

As his adventures have continued to draw a growing audience on his social media platforms, Sheppard realized he was attracting fellow “never–too-laters.” This sparked his desire to develop practical and affordable resources for the expanding community.

“Fear can change your course … but it’s never an enemy.”

Sheppard told The Canadian that he approached launching the Never Too Late Academy with a beginner’s mind, or shoshin — a Buddhist term meaning to experience the world as if for the first time. Sheppard shared that this approach resonates with him because it requires a “degree of humility,” and “captures the child-like wonder and excitement in discovering something new.”

He explained that one of the biggest obstacles keeping us from attaining our goal is fear — if we let it. And, he pointed out, we don’t have to succumb to the societal pressure of always remaining tough against adversity. In fact, being vulnerable can help you get closer to your dreams, and can help us be honest with ourselves and others about what we want. This is something that Sheppard has encountered himself, as he has handled the challenges and setbacks that his sailing project has faced, including mechanical problems that have required major repairs.

He adds that he has learned a great deal from facing fear: “Fear can change your course — it can slow you down, and cause you to divert, but it’s never an enemy. It’s a friend. It’s not a wall; it’s a doorway.”

Treating fear as a constant companion can encourage you to manage your relationship with it, which means you can engage with it to help you make better decisions when it comes to your dreams. That, he believes, can act as a source of guidance for carrying out actions practically, or it can be the motivating force you need when you know you’re only scared to do something because it means that much. 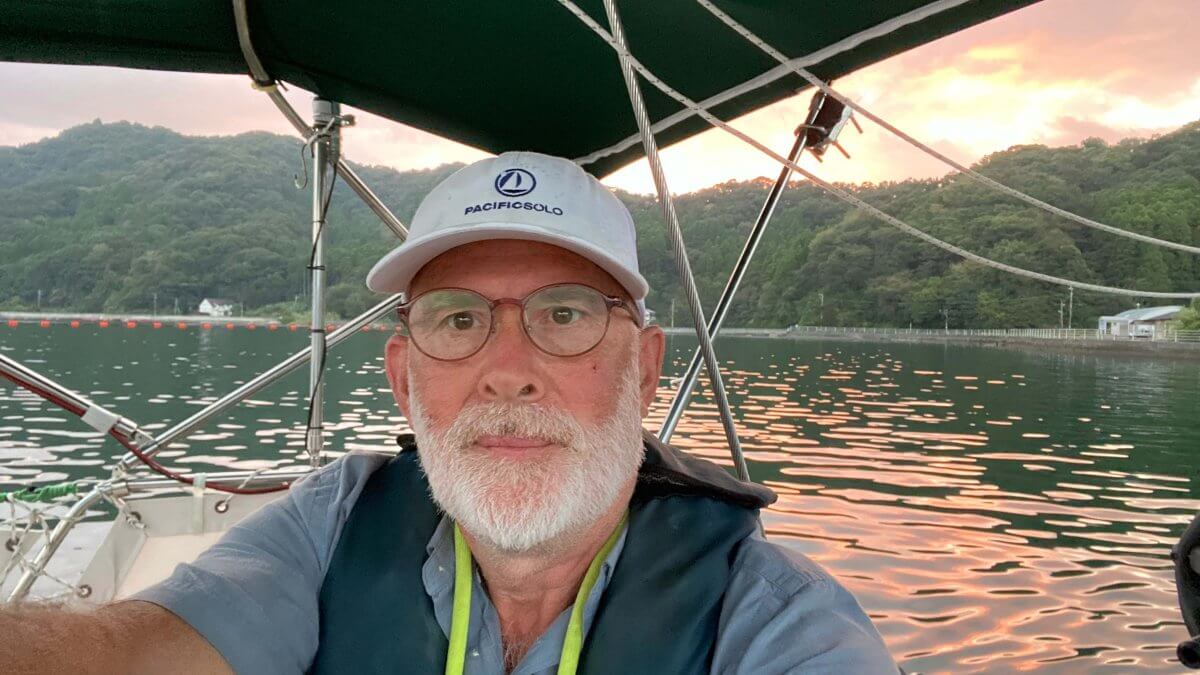 Sheppard explained that people need to be aware that insights can often spring from single moments, which — no matter how brief they might be — can lead to transformative results. But they’re often preceded by steady movement that can feel routine. He described these moments as “jack-in-the-box spiritual experiences,” because “they only happen when you’ve got a regular cadence in your life, and you’re just turning the handle.” But the effects can be profound: “Occasionally, and quite magically, something dramatic may happen that will change you and alter your environment and your self-perception and others’ perceptions of you.”

Along with inspirational discussions, the Never Too Late Academy features content from speakers who are not only knowledgeable about helping people realize their dreams, but also planning the logistics to get there. One course soon to be launched will include tutorials outlining how to monetize projects, to help people find ways of financing their dream projects — an essential aspect that most motivational speakers and guidebooks brush over. Sheppard is also considering live events and possible private coaching as part of the effort.

He added that another crucial aspect which platforms often lack is a sense of community. With that in mind, Sheppard hopes the Never Too Late Academy can be a place that unites dreamers, so they can share stories, knowledge and resources to support one another.

Lowell Sheppard prepares for a great adventure amidst smaller ones